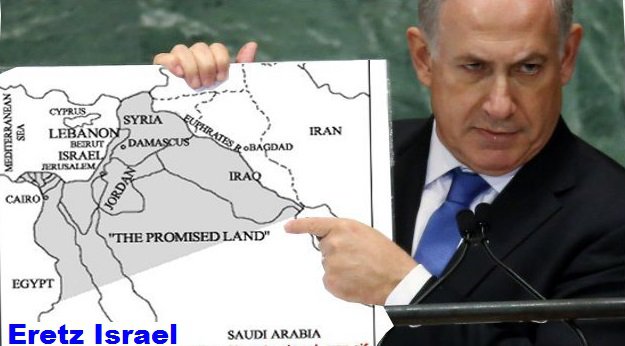 But I have no interest in Donald Trump in this article. What I am interested in is the internal contradiction that exists in this deracinated, Zionist culture. They have all condemned Trump for making inflammatory statements such as building a wall between the United States and Mexico.

But the same Zionist culture hasn’t said a damn thing about the Israeli regime, which already has what one might call “a beautiful, powerful wall.” Moreover, the regime has not stopped grabbing Palestinian lands. And it is the only country on the face of the planet that is continuing to annihilate another ethnic group without facing a serious embargo. In a recent article entitled, “Revealed: Nearly 3,500 settlement homes built on private Palestinian land,” the Israeli newspaper Haaretz has reported:

“There are 3,455 residential and public buildings built on private Palestinian lands in the West Bank, according to Civil Administration data. These illegal structures could be legalized under the expropriation law, whose validity is now being determined by the High Court of Justice in response to Palestinian petitions against the law.

“The law allows the state to expropriate Palestinian lands on which settlements or outposts were built “in good faith or at the state’s instruction,” and deny its owners the right to use those lands until there is a diplomatic resolution of the status of the territories. The measure provides a mechanism for compensating Palestinians whose lands are seized.”[1]

Haaretz again has recently published an article entitled, “Israel Revokes Citizenship of Hundreds of Negev Bedouin, Leaving Them Stateless.” It states: “Some were citizens for 40 years, served in the army and paid their taxes, but had their status canceled with a single keystroke and no further explanation.”[2]

Read the statement again: those Bedouins were Israeli citizens for 40 years but are being kicked out! Can you imagine the uproar if that happens in America or any Western country? Wouldn’t Jewish organizations like the ADL, the Southern Poverty Law Center, the ACLU, come out of the woodwork with baseball bats and start creating trouble? And how can political whores continue to call Israel a democratic state when these immoral things are taking place?

Where are the New York Times, CNN, the Washington Post, and other Zionist outlets? Where is Rabbi Sharon Brous, who keeps talking about “White supremacy” as America’s “original sin”?[3] What about Israeli supremacy? Is there such a thing at all? Where is Jewish writer Bill Boyarsky, who says that “Trump’s target” are “immigrants like us”?[4] Why can’t these people universalize their own ideology? Why can’t they apply it to Israel?

You see, these people want to create trouble in the West, particularly in America, and they have benefited tremendously from conflicts in the United States. If you think this is far-fetched, then let’s listen to the Jewish Daily Forward. In an article entitled, “ADL: Online Donations Up 1000% After Charlottesville,” we read:

“The Anti-Defamation League received 10 times as much money as usual from online donations in response to the white supremacist rally in Charlottesville, Virginia.

“The group, which combats anti-Semitism and bigotry, reported a 1000 percent increase in online donations during the week beginning Aug. 13, one day after the Charlottesville rally.

“The ADL said it received six times as many individual donations as during an average week this year, mostly from first-time donors, though it did not provide a total amount of money raised.

“In the aftermath of the rally, the ADL has seen its profile skyrocket. It received $1 million donations from Apple and 21st Century Fox CEO James Murdoch, and announced a partnership with Bumble, a dating app, to block bigoted profiles.

“JP Morgan Chase also announced this week that it would donate $500,000 to the group. JP Morgan and Apple also pledged to match donations to the ADL and other nonprofits from employees.”[5]

So, did the so-called “white supremacy” benefit from the Charlottesville debacle? Was it really good for gangsters like Black Lies Matter? Why did self-described “anti-fascists” (or “antifa”) use urine to attack their opponents? Was that really necessary? Boston Police Commissioner William Evans lamented:

Even Katie Couric, who is a thorough Zionist, tweeted: “Two of my producers just got sprayed with urine. Lovely. Hard to keep your cool.”

Is using urine during a protest part of being democratic as well? Here again we are seeing that democracy cannot exist without morality at all. And John Adams was smart enough to see that. He said: “We have no Constitution which functions in the absence of a moral people.”