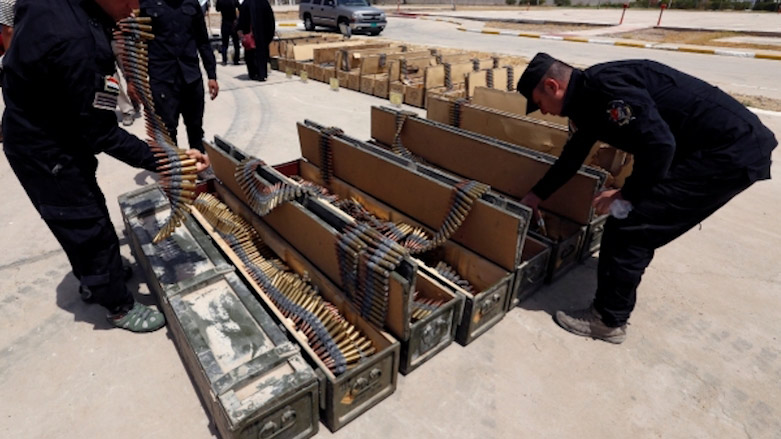 According to Task and Purpose, Iraqi forces discovered the launcher just outside the city, which appears to be an FGM-148 Javelin anti-tank missile and launcher, as units progress further into the town of Tal Afar, west of Mosul.

“The Javelin has a range of up to 4.3 kilometers (2.7 miles) with an 8-kilos tandem warhead (two shaped charges, one to pierce reactive armor the other to inflict damage) and designed to penetrate even the toughest armor — including the skin of the Pentagon’s M1 Abrams tank,” the report said.

As the report notes, it is not the first time the jihadists have used American-made weapons against anti-IS units. “An IS propaganda video released in June 2015, after the capture of the ancient Syrian city of Palmyra, revealed militants targeting Syrian government forces with U.S.-made BGM-71 TOW anti-tank missiles. One year later, the same missiles, allegedly fired by US-backed Syrian rebels, were used to down a Russian Mi-25 assault helicopter.”

IS fighters acquired most of its conventional armament by looting Syrian and Iraqi military weapons caches or by recovering weapons left behind by the Iraqi army. It is likely they obtained the Javelin the same way.

A 2003 Government Accountability Office report published after the invasion of Iraq found that “at least 36 Javelin missile command launch-units” had gone missing in the country “as a result of lax chain-of-custody standards at US weapons depots.”

In May 2017, a similar report showed the US Army failed to properly keep track of military equipment which was sent to Iraq and Kuwait. The military equipment transfers were part of the 2015 Iraq Train and Equip Fund, a program aimed at helping Iraqi forces combat the rise of IS.

The document revealed the Department of Defense “did not have accurate, up-to-date records on the quantity and location” of a vast amount of the provisions sent to the Iraqi Army.

In July, President Donald Trump moved to end a covert CIA program, established under the Obama administration called the Timber Sycamore, which aimed to arm Syrian rebels fighting the Syrian Regime and Bashar al-Assad’s forces. In an interview with the Wall Street Journal, the US President said, “It turns out it’s — a lot of al-Qaeda we’re giving these weapons to,” referencing the ability of terrorist groups to get their hands on advanced US-made weaponry.

The offensive to retake Tal Afar, IS remaining stronghold in northern Iraq, began Aug. 20 and Iraqi forces’ commanders are optimistic the battle will not be drawn out. Coalition spokesperson Major General Rupert Jones said the operation could signal “the end of ISIS’s military presence” in the area, but the discovery of the weapon raises concerns.