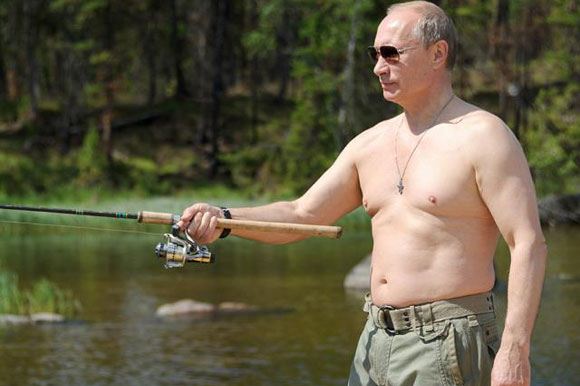 Update: A Russian reader in the comment section below spotted that I had gotten nailed in this photoshopped image of Putin and son meeting Reagan, which was attributed as such when I found it some years ago. We have published it several times. VT’s Gene Khrushchev confirmed this morning with all the details, that this was probably some retired Secret Service people having some fun. Putin was on duty in Germany at the time, and does not have a son.

This was one of the reasons why we have invested so much time over the years running the comment boards as it puts more eyes and minds on our material that we can mine for feedback and also to catch goofs like this. I thank Andrew Bukanov for his letting us know..JD

[ Editor’s Note: Phil Butler, who had hopes for Trump taking on the deep state to re-channel America’s neo-colonialist push into a rebuilding of America using those resources, has joined the ranks of the disillusioned. At VT we were never there.

We never believed the populist victory of the Trump candidacy, but that it was an intricately planned deep state puppet psyops, where someone picked Mr. Reality TV as the perfect puppet. How I would love to hear a recording of that brain-storming session.

While I disagree with his “ultra-liberal” focus as the big hand behind the scenes, I do agree 100% with his accusation of corporate media being in the bag on all of this.

The reason is simple. The deep state took it over when it realized that it would be a “two-fer” – permanently eliminating future politico-media opponents, and turning our fake freedom of the press into an in-house propaganda machine for their exclusive use.

The deep state hatred for Putin is well-placed. He represents everything it is not, and the longer he survives, the chances grow that his leadership style might catch on. But they also hate him for another reason, his defeating their almost successful takeover of Russia using the oligarchs for the front work, after which they would have been disposed of. And the cherry on top is that the former Soviet Union has a democratically elected leader that kills all the Western pretenders in the polls consistently.

Putin actually disposed of the oligarchs first. And the deep state stupidly showed its hand by openly coming to their defense, when they are just mercenary scum bags. The grand irony there is that patriotic loyalists inside the Russian Intel establishment saved their country from both outside and inside enemies, whereas here… well… I won’t even say it. VT readers already know… Jim W. Dean ]

Russian President Vladimir Putin takes a brief reprise to go fishing in the outback of Siberia with close friend, Defense Minister Sergey Shoigu, and western media takes another propaganda stab. If you are “every citizen”, maybe you believe the techniques used to obfuscate reality. If you are a journalist with piss for brains, you recognize the truth. The Russian president is everything the globalist narrative says he is not.

My last few reports on NEO have been about America-Russia détente fast becoming a travesty even worse than during the Obama administration. For millions of people, the election of Donald Trump raised our level of hope that international crises would be mediated. But in the wake of Hamburg and the G20, with the almost unanimous passing of a ludicrous Russian sanctions law, even the most steadfast believers have now lost all hope.

The ultra-liberal order has won another round in the battle to control the whole world. Useless sanctions, the Russophobia propagated throughout American media, and the amplification of the narrative by means of a new Trump “MAGA” imperative has sealed our fate for the coming years. We are at war with a “straw man” enemy, and locked into a redux of Barack Obama-era destructive policies.

The onslaught of negativity aimed at Putin, the symbol of Russia, is designed to assist citizens in fabricating a surreal cognitive dissonance. Let me give you a simple example of the massive propaganda strategy that has much of the world in a haze.

The reader needs to accept, for the moment at least, that Vladimir Putin actually is a “tough guy”, a sportsman and athlete in his waning years. Then when you read an article like this The Guardian one about his most recent fishing trip, you’ll glean blatant “labeling” attempt to discredit the Russian president. “Chillaxed Vladimir Putin cultivates strongman persona with holiday adventures” reports on Putin’s excursion, but the main purpose of the piece is to substantiate the anti-Russia narrative. The title reveals this, while the storyline attempts to transform the real Putin. The lead tells the reader all there is to know:

“Russia’s President Vladimir Putin, who loves to cultivate a virile man-of-action image, was shown on Russian TV on Saturday spear-fishing in a camouflage wetsuit, piloting a powerboat and catching some rays while on a Siberian holiday.”

This is 21st century digital media message distribution at its best. The reader on mobile need only read the title, the lead paragraph, and then look at images of bare-chested Putin in order to substantiate the already absorbed ad nauseam (repetitive) message – “Putin is a fraud”. The story either helps to prop up the strategic narrative, or even converts the fence riding reader into the globalist fold. High profile geopolitics is a game of perceptions, it is true.

And Putin is not without blemish in the competitive genre of “manly man” drama. His spokesperson, Dmitry Peskov admitted at least once to having staged a Putin exploit for public consumption. Even though all world leaders end up becoming actors on prepared stages, Putin’s team certainly seems to have picked the most interesting stages and genuine props overall. 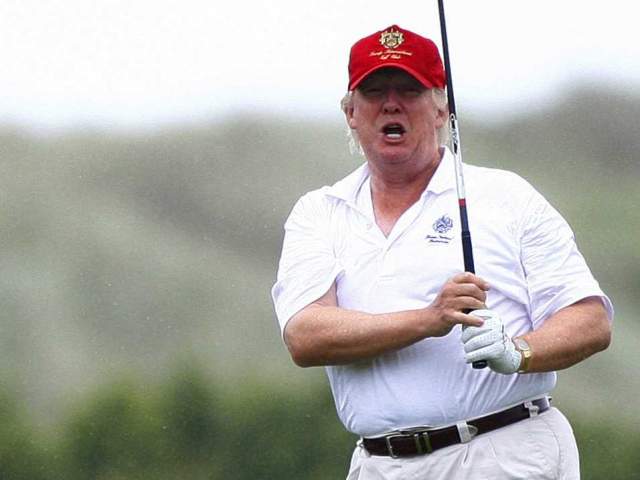 After all, it takes a certain sort of person to go deep diving in frigid Lake Baikal hunting for a fish, now doesn’t it? I doubt you’ll ever find Barack Obama or Donald Trump in a genuine photo op anywhere other than teeing off at some plush golf resort.

The last time Obama tried to be manly, two Eskimo ladies helping him hold a Salmon while he wore rubber gloves spoiled his image forever.

A photo op here, driving western politicians out of their minds there, Vladimir Putin is anything but a paper tiger. But this does not stop western oligarchs and political henchmen from pumping out the propaganda. Despite all our efforts and wins in exposing their diabolical plans, the success of their strategies is evident. Brainwashing the unwashed masses these days is child’s play for a monopolized media machine. CNN and the BBC have had their effect – the drumming now echoes in a billion brains – how could it not?

My purpose for writing this short report is to make concrete for NEO’s small band of dissenters, we’re back to square one with Trump and the anti-Russia war. The great white hope of reconciliation may as well start shooting hoops, practicing fanny watching, and chewing gum at funerals – the only way America will ever be great again is by firing up Cold War 2.

So, get out there and get ready to put in your application at Lockheed or Raytheon. Forget that college degree and set your sights on an Exxon fracking job. Putin must be defeated by American prosperity and more lies.

Take my advice here and remember, Vladimir Putin is everything the globalist narrative says he is not.

Our journal is called the New Eastern Outlook, so we are primarily interested in processes taking place at the broad expanse that stretches from Japan and the remote coasts of Africa. However, we do not limit ourselves geographically. We also look at political events happening in other areas of the world as they relate to the Orient. We cover political and religious issues, economic and ideological trends, regional security topics and social problems.

We are committed to develop NEO into a notable international networking platform offering unbiased expert opinions and open dialogue among all thinking people worldwide regardless of their nationality, race or religion. NEO editorial staff appreciates viewpoints of any reader or contributor ready to share and defend his convictions and approaches, whether commonplace or unconventional.

Our priority is to promote understanding rather than ideology, strategic outlook rather than simple reporting on events and to reveal causes rather than its consequences. We are focused on creating a new culture of partnership where opinions influence decisions. We have launched NEO community spaces in Facebook and Twitter for you.