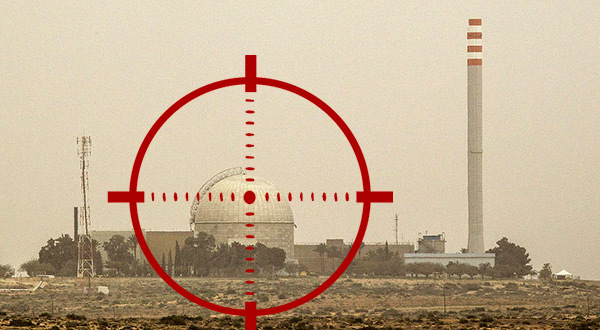 As a result, the gap between what it wants and what it can achieve is wide. This problematic reality usually provokes some experts and commentators who see a huge difference between what they perceive as enormous capabilities on the part of “Israel” on the one hand, and its decline in the favor of Hezbollah on the other.

The former chairman of the Council of Settlements in the West Bank and the Gaza Strip, Israel Harel, pondered over the announcement by Hezbollah’s Secretary-General His Eminence Sayyed Hassan Nasrallah on the anniversary of the 2006 victory, during which he labeled Dimona as a target for the rockets of the Resistance. He pointed out that this came after the “Israeli” court ruling, ordering the removal of ammonia containers from Haifa, following the declaration by Sayyed Nasrallah to target it in case of any full-scale aggression on Lebanon.

Harel, a regular columnist for the Haaretz daily, dubbed his article as “The Goal Is Dimona” – describing Dimona as a symbol of “Israel’s” strength and a guarantor of its existence. Thus, he wanted to suggest that this guarantor was in the crosshairs of Hezbollah’s rockets, while the “Israelis” are doing little else aside from threatening. He criticized the “‘Israeli’ acceptance” of the equation that Hezbollah succeeded in imposing because of its missile capabilities. He ridiculed the “response” to the threat posed by the concentration of Iran and Hezbollah in Syria, which involved the dispatching of a high security delegation to express concern to the heads of the security establishment in Washington. He criticized the hanging of hopes on this “maniac administration”.

It is clear that Harel sees the political and security contacts with Washington, as an attempt to avoid the aggressive options – employed by “Israel” since 1948 – following the “Israeli” army’s setbacks in Lebanon. He also sees a strategic retreat embodied by “Israeli” recognition – at the level of political and security decision-makers – of the counter-deterrence equation imposed by the Resistance in Lebanon.

The newly retired commander of the “Israeli” Air Force Major General Amir Eshel recently boasted about how “Israel” carried out about 100 attacks in Syria during the last five years. Harel who served as chairman of the Council of Settlements for 15 years described these comments as “the joy of the poor” simply because these attacks failed to prevent the transfer of some 150,000 rockets to Hezbollah. From here, Harel wanted to shed light on the dark side of the “battle between the wars” doctrine declared by “Israel” and aimed at preventing the growth of Hezbollah’s capabilities, since the standard for its success lies in results and implications on the level of capabilities. One of the most significant manifestations of these results is the terror and fear rising inside “Israel” due to the qualitative and quantitative growth of Hezbollah’s capabilities.

The assurances of Eshel and his successor Major General Amikam Norkin that “‘Israel’ has decisive means of retaliation” should Sayyed Nasrallah carry out his threats to attack Dimona, angered Harel. He pointed out that “the first attack is decisive, and could end up with thousands of casualties and serious damage to the security and economic infrastructure.” Therefore, the dilemma that “Israel” faces is: how will it use its ability and will to respond to this level [of threat], keeping in mind repeated “Israeli” threats of the total destruction of Lebanon?

Harel called on “Israel” to refrain from repeating the submission to the equations imposed by Hezbollah, and this time in the Syrian arena. He stressed that “‘Israel’ is prohibited from continuing to recognize long-term strategic changes.” He also warned of repeatedly acknowledging the deployment of the Revolutionary Guards on the borders of “Israel”, Syria and Lebanon, and soon in Gaza, and perhaps even in Jordan, “fearing it would be too late”, especially that “there is no limit to the flexibility of the ‘Israeli’ containment doctrine.”

He also believes that it is reasonable to assume that at this stage there will be no launching of any Iranian missile on “Israel” because it will not take place before the completion of Iran’s “regional hegemony” project in the region. He ridiculed, by implication, the argument that “Israel’s” deterrence power – after the “failed” Second Lebanon War – prevented Hezbollah from firing its rockets into “Israel”. He stressed that what is preventing the party is not this so-called “alleged deterrence”. Despair gripped the right-wing writer as he added that “even when Hezbollah launches thousands of rockets that have been stored, it is doubtful that the government will decide to target civilians or destroy the infrastructure, even when retaliating. For this right is reserved only for its enemies.”

In response to the “Israeli” leadership’s attempt to paint a picture of “national” immunity among the “Israeli” public, Harel pointed out that the problematic reactions of civilians in the north in light of the rocket attacks during the Second Lebanon War and the mass flight on the part of the Negev residents during Hamas’ bombardment [Operation Protective Edge], proved that the internal “Israeli” front possessed a low, troubling ability to respond. Thus, Harel was able to expose the “Israeli” political leadership, which is trying to mitigate its reluctance to act due to the counter-deterrence constraints, particularly after he saw that the performance of the decision-makers involved adopting a policy of containment, following the abandoning of the counterattack and initiation policy since the 1967 war.

According to Harel, “Israel’s” reluctance to neutralize the capabilities of the resistance factions in Gaza by “digging up negative land barriers, with enormous cost and questionable effectiveness” falls within the principle of abandoning the preventive and pre-emptive options policy. “This is the mentality,” he added.

As in every critical approach, “Israeli” writers and experts are keen to create some balance in the picture to avoid repercussions within “Israel”. Thus, Harel concludes, in the event of rockets fired from the north, east and south against “Israel”, the “Israelis” will win this battle, but after the death of tens of thousands within its own ranks!