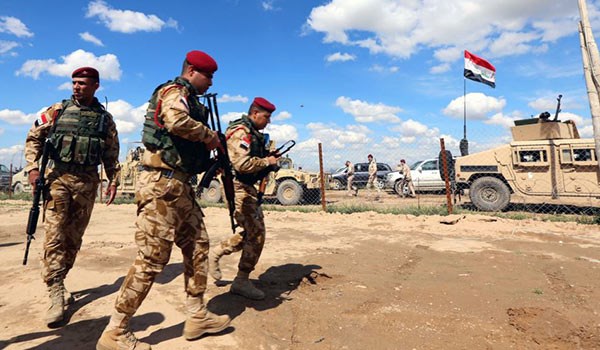 Iraqi Army, backed by Counter-Terrorism Service and allied fighters from the Popular Mobilization Units, have dislodged the last remnants of the ISIL Takfiri group from the city of Tal Afar, located 63 kilometers west of Mosul.

The allied forces have raised the national flag in the heart of Tal Afar and are now in control of 100 percent of the city. Tal Afar is the latest objective in the war on the terrorist group following the recapture in July of Mosul, where it declared its self-proclaimed caliphate over parts of Iraq and Syria in 2014. Such a quick collapse of ISIL in the city, which has been a breeding ground for terrorist groups, confirms Iraqi military reports that the militants lack command and control structures west of Mosul.

Tal Afar was ISIL’s last remaining stronghold in northern Iraq, and its liberation is important for a number of reasons:

– The city, which had a pre-war population of about 200,000, lies on the supply route between Syria and Mosul, 80 km to the east. It experienced cycles of sectarian violence between Sunnis and Shiites after the US-led invasion of Iraq in 2003, and has produced some of ISIL’s most senior commanders. Some ISIL fighters who fled Mosul are also stationed in Tal Afar.

– The victory provides the possibility of change which is important. Unlike what regional media outlets would like to suggest, every new liberated city is destined to eventually pave the way for liberation of another one. The nationwide campaign against terror is in no way an enslavement for people.

– Simply pushing the ISIL militants over the Syrian border from Iraq will not be enough – and is likely to add to the problem of ISIL in Syria. One solution may be to leave the Popular Mobilization Units in the area as a substitute police force, because it has enough manpower and also because Iraqi Prime Minister Haider al-Abadi has spoken out against disbanding them. In this scenario, Iraqi border security would be handled by forces that are backed by the government in Baghdad.

– Mosul’s collapse effectively marked the end of ISIL’s “caliphate”, but the group remains in control of territory on both sides of the Syrian-Iraqi border, and of Hawija, a city between Mosul and Baghdad that Iraqi officials say is the next target. The group is also retreating in Syria, where it is facing separate offensives by the allied forces of Iran, Syria, Russia and Hezbollah.

– Much remains to be done. Iraqi forces, as they work their way back to Baghdad, will have another problem to deal with; a pocket of ISIL territory in the middle of the country. The next fight for the city of Hawija may be as deadly as any so far, as it is a cut-off viper’s nest. The ISIL fighters holding it truly have nowhere to run, should they try. The minute the smoke clears from Hawija, Iraqi forces will be looking across the battlefield at the Peshmerga. They needn’t distrust each other though, as they have already agreed on the need to defeat ISIL.

– ISIL forces are demoralized and worn out, and were unable to put up the same resistance they did in Mosul. In fact, they are no longer adept at holding onto any territory, much less their narrow, perverted and twisted ideology of misery, mayhem and murder. They have retreated from many fronts irreversibly and Tal Afar was no exception. It is their lowest view of human life that has drained support for them anywhere in Iraq and Syria.

– Hope is not in short supply for the residents of Tal Afar, who have been living under ISIL for almost three years. Its liberation from its evil occupiers, in their nihilistic, maniacal and twisted pursuit of a medieval caliphate, will bring bright moments. Freedom is coming, relief will follow, and there is reason to hope once more for better days.

Liberation of Tal Afar underscores just how much has changed for a group that became the world’s richest terrorist organization by taxing the people in its territory, selling oil on the black market, smuggling stolen archeological artifacts, and demanding kidnapping ransoms. Make no mistake. ISIL will use any and every means to hold out in other areas, but they will be destroyed and defeated. They were made for defeat.