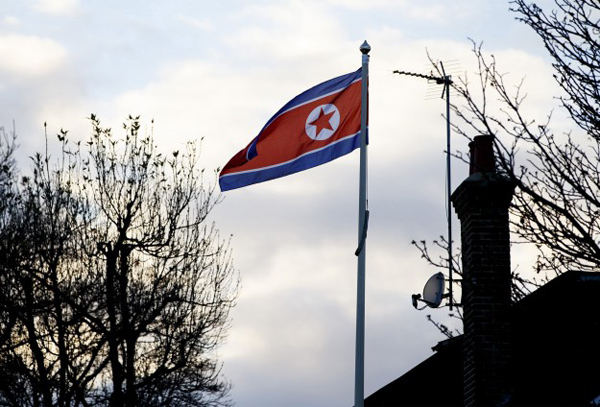 Under the current circumstances, what the U.S. elites face is simply a trade-off in handling North Korea’s dangerous political-military aspirations.

Either the Donald Trump administration could initiate a high-risk preventive strike to degrade Pyongyang’s nuclear weapons and intercontinental ballistic missiles proliferation capabilities, or it could try a more robust sanctions regime hoping that such a course of action would slow down the North Korean leadership’s ambitions and technical progress.

But given Pyongyang’s strategic intentions and defense modernization trends in recent decades, Washington might at worst have to develop a new understanding towards dealing with a new nuclear competitor situated in the vicinity of its key allies, such as Japan and South Korea.

In the event a preventive military action indeed takes place, the Pentagon would probably prefer a limited scope that includes a set of precision strikes on nuclear and ballistic missile facilities.

This cautious approach could be extended to target key personnel and leadership figures if the White House opts for adding a punitive feature to the campaign to set an example. However, the Democratic People’s Republic of Korea’s (DPRK) escalation and retaliation plans and capabilities remain the biggest unknown.

Another hardship regarding a possible U.S. military campaign would be the battle damage assessment. With all the subterranean networks hiding Pyongyang’s strategic weapons programs, evaluating the real impact of air strikes would not be an easy task for military intelligence.

Furthermore, the country is extremely closed and isolated, so an accurate estimation as to the public reaction and the regime’s level of resilience would be almost impossible.

In addition, while the global strategic community tends to focus on North Korea as an emerging missile and nuclear power, many experts mostly overlook Pyongyang’s non-nuclear deterrents, such as chemical and biological warfare capabilities along with offensive cyber options.

As a response to any military intervention, North Korean defense planners might as well come up with non-nuclear strategic responses that could cause serious damage.

The Korean People’s Army (KPA), which predominantly depends on its ground forces, has more than one million active personnel in its ranks, making it one of the largest militaries in the world.

Furthermore, according to defense intelligence estimates, Pyongyang could mobilize up to 30 percent of its population (some 25 million people) in wartime.

The most important advantage of the KPA is its military-geostrategic positioning. According to open-source intelligence assessments, an overwhelming proportion of the KPA formations — around 70 percent of the army and 50 percent of the air force and the navy — are deployed within 100 kilometers (62 miles) of the Demilitarized Zone (DMZ). This order of battle provides North Korean defense planners with menacing surprise-attack options on South Korea, most notably on Seoul.

The most important handicap that the KPA faces is its aged, legacy arsenal, mostly Soviet and Chinese equipment, with some dating as far back as the 1950s.

The KPA’s ground forces are predominantly composed of infantry formations, along with some mechanized and armored units. More importantly, over the decades, North Korean military leaders have heavily invested in boosting their artillery and multiple-launch rocket systems (MLRS) capabilities.

Defense surveys estimate a total of 30 artillery and MLRS brigades, along with a reinforced artillery division, that have in their possession thousands of artillery tubes and rockets.

Given the KPA’s order of battle and positioning, Pyongyang could easily respond to a U.S. attack by initiating an overwhelming barrage of shelling. This course of action could cost tens of thousands of lives in the south, coupled with a mass depopulation problem due to possible waves of people fleeing South Korea’s capital and neighboring areas.

Furthermore, as mentioned earlier, since many of North Korea’s military formations are positioned in very close proximity to the DMZ, such a barrage strike would require little preparation. Thus, the U.S. and South Korea would have extremely limited early warning and reaction time, which poses a grave danger.

Another wildcard that Pyongyang could capitalize on would be a hybrid concept that combines subterranean warfare and special operations. The KPA has highly-disciplined and highly-trained special operations forces (SOF). Some sources estimate North Korea’s active SOF personnel to be around 90,000 in addition to more than 190,000 paramilitary manpower ready for asymmetric action.

The KPA is suspected of operating many underground tunnels crossing the DMZ. In case of a U.S. attack, North Korea would probably launch subterranean SOF assaults to hit high-value targets, conduct sabotage and even kidnappings in the south.

North Korea has long invested in building offensive cyber warfare capabilities. In case of a U.S. strike, Pyongyang would probably incorporate those capabilities in its defensive portfolio. In this regard, North Korea’s cyber teams might attempt to hit a target set on a broad scale, ranging from U.S., South Korean, and Japanese banking systems, major institutions, government networks, and even critical national infrastructure.

In fact, North Korean hackers targeted Sony Pictures Entertainment in 2014, which already set an alarming example. In case of a U.S. strike, they could try and attack even more sensational targets.

Although it would be tantamount to suicide for Pyongyang to use its — yet inferior — nuclear assets against Washington’s allies, let alone the continental United States, it could as well employ chemical and perhaps biological weapons in its defensive or retaliatory campaign.

Without a doubt, North Korea’s non-nuclear weapons of mass destruction arsenal, its doctrine, and possible ways of employing these formidable assets should be analyzed in a separate, specific article. However, this paper can still provide the readers with a general understanding.

North Koreans could attempt to use their chemical weapons to conduct anti-access / area denial (A2/AD) missions close to the DMZ. Given the fact that the KPA is believed to be trained in operating in contaminated areas, such an option could be relevant in case the North Korean leadership perceives an imminent threat of ground incursion.

In order to carry out A2/AD duties, Pyongyang needs persistent and lethal chemical agents. In this regard, the possible agent of choice would be VX. In order to deliver this extremely dangerous chemical warfare asset, the KPA could use artillery rockets, ballistic missiles and air-to-ground munitions.

North Korea’s biological weapons inventory is another story that requires utmost attention. While most open-source intelligence estimates indicate that Pyongyang’s ‘Armageddon’ arsenal contains ‘classic’ bio-weapons, such as anthrax and botulinum, a number of analysts claim that North Korea has obtained and weaponized strains of smallpox virus, which is known to have already been eradicated.

Besides, for some bio-agents, the initial stages of an attack might exactly look like an outbreak. Thus, if the North Korean leadership resorts to its bio-agents in the course of an escalation, detecting such a strike would be complicated.

It is assessed that North Korea could use its biological weapons especially for terrorizing its U.S.-allied neighbors’ populations. A low-probability but high-impact scenario would be a Pyongyang-sponsored bio-terrorist attack on U.S. soil, even though this could be a suicidal act for the Kim dynasty.

Apart from chemical and biological warfare assets, North Korea’s another terror weapon of choice could be its formidable ballistic missile arsenal. Although some studies suggest that North Korea has already gained the capability to hit the continental United States, ICBM (intercontinental ballistic missile) technology is very complex, and no one could be perfectly sure about its operational status before it is launched.

Most probably, Pyongyang could decide on conducting ballistic missile strikes on South Korean and Japanese population centers, or major military facilities, as a retaliatory strategy to confront a U.S. attack. Both nations have missile defense capabilities supported by forward-deployed American assets. Yet, even with impressive interception rates, any ballistic missile strike would traumatically resonate with local populations and could cause massive displacement in Japanese and South Korean cities.

Last but not least, it should be underlined that the primary advantage that plays into the hands of the Kim dynasty is the extremely uncertain characteristics of a total regime collapse.

In such a scenario, the U.S. and its allies would have to take control of the entire WMD and ballistic missiles arsenal, prevent a small-arms flow into the black market, check for possible renegade factions within the KPA, and deal with a huge refugee influx.

Even the abovementioned complexities of a total regime collapse suggest that any U.S. action, including military options, might remain limited in the short to medium terms.