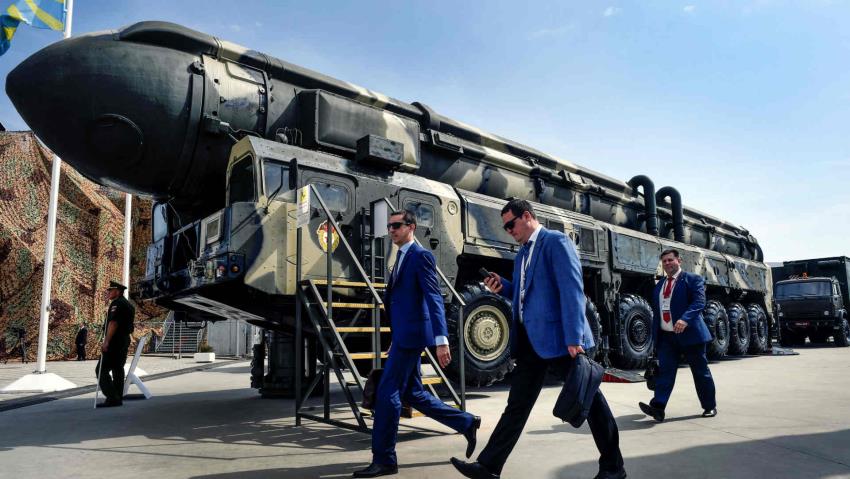 Speaking at a major arms fair in Moscow, Qatari Defence Minister Khalid bin Mohammad al-Attiyah confirmed he was looking to shift providers from Washington towards the Kremlin.

“As far as our mutual cooperation is concerned, this is not just the purchase of air defence systems but also technologies.

“We would like to develop this industry and bring this technology to Qatar,” al-Attiyah said.

Russia’s Ministry of Defence, Sergei Shoigu, confirmed there would be a special demonstration of the S-400 technology to the Qatari delegation at the Army 2017 International Military Technical Forum.

Doha’s shift from East to West

Qatar was one of the largest importers of weaponry from the US between 2011 and 2015, purchasing $22.9 billion worth in that period.

Qatar even signed a $12 billion preliminary agreement with the US for the sale of dozens of Boeing F-15 jet fighters – merely days after US President Trump accused Qatar of supporting terrorism in a series of tweets.

Qatar is home to the largest US military base in the Middle East, the al-Udeid military base, hosting some 11,000 US troops.

The US and Qatar have also maintained a close military connection, having organised joint military exercises in Doha earlier this week.

Although these ties are largely historical, Qatar’s visit to Moscow suggests the possibility of a slight move away from the US.

This shift in the US-Qatar relationship began after Saudi Arabia, UAE, Bahrain and Egypt imposed a blockade on Qatar in June.

In the direct aftermath of the blockade, Saudi Arabia invited Trump to a counter-terrorism conference in Riyadh where they spoke of Qatar’s support for terrorists.

Doha has completely denied the accusations, saying that it is part of a coordinated policy to force it to change its foreign policy in favour of Riyadh.

It was after this meeting that Doha began to make its shift towards Moscow, also currently aligned with Qatari allies, Iran and Turkey. In July, Qatari Ambassador to Russia, Fahad bin Mohammed Attiyah, confirmed that Doha was looking to increase Russian food imports to Doha.