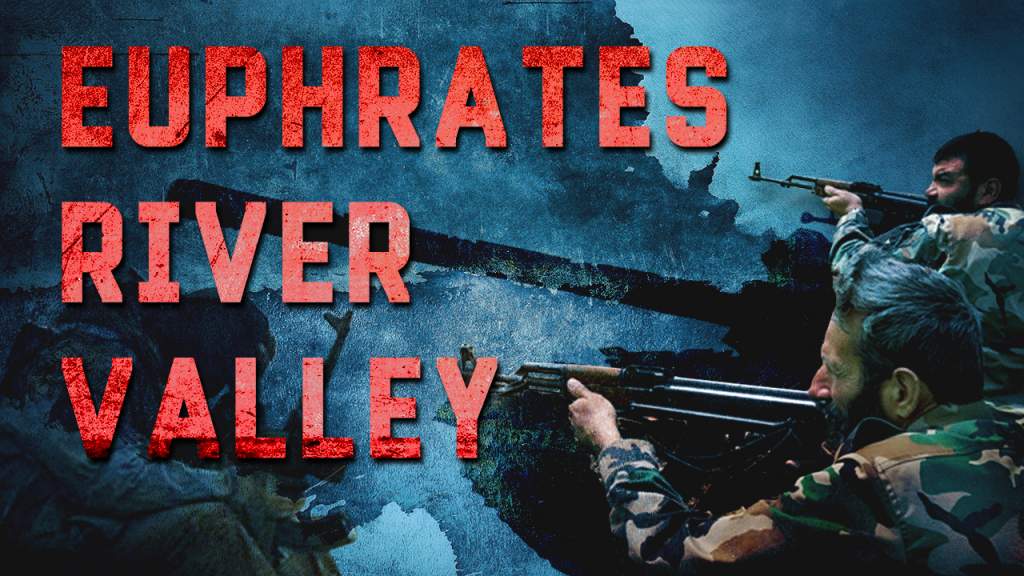 Syrian government forces, supported by the Russian Aerospace Forces, reportedly eliminated the most battle-tested and well-armed unit of ISIS in the Euphrates River valley last weekend.

According to the Russian Defense Ministry, over 800 ISIS members, 13 battle tanks, 39 pickup trucks armed with large-caliber machine guns and 9 mortars and artillery guns were destroyed during the clashes near Ghanem al-Ali village. The ministry added that government forces are now advancing against ISIS along the Euphrates River.

The Syrian Arab Army and its allies took back Sabkha and Ghanem al-Ali villages and continued developing momentum in order to retake the rest of the areas near Maadan seized by ISIS during its large attack last week, according to pro-government sources.

The ISIS-linked news agency Amaq claimed that the Russian Aerospace Forces carried out over 100 airstrikes on ISIS positions in the southern Raqqah countryside over the weekend and claimed that about 50 SAA servicemen were killed in a SVBIED attack.

Reports have been circulating that at least 60 SAA service members have been killed and about 300 others have been missing since the start of the ISIS counter-attack in southern Raqqah.

In central Syria, the SAA and its allies recaptured from ISIS the entire area north of Palmyra liberating about 2,000 km2 from the terrorist group.

The SAA also seized the Syriatel hill 30km east of al-Sukhnah town on the al-Sukhnah-Deir Ezzor highway deplyoing in less than 75 km away from Deir Ezzor city besieged by ISIS.

Meanwhile, clashes continued in the Uqayribat area where another group of ISIS units had been encircled by the SAA.

The SAA, Hezbollah and the Lebanese Armed Forces got a full control over the Qalamoun area at the Syrian-Lebanese border after ISIS had agreed to withdraw from it under a ceasefire deal. About 350 ISIS fighters and their families were set to be evacuated to Deir Ezzor.

On Sunday, the Iraqi Army and the Popular Mobilization Units liberated the entire city of Tal Afar from ISIS in northern Iraq. Government forces also advanced in the Tal Afar countryside liberating the villages of Al-Alwliah, Kuitlah, Kaser, al-Haruniah, al-Fough, Qabaq and Alwa’ailiah as well as the Al-Kisk camp, the Tal Afar gas station and other nearby areas.

The Joint Operations Command released a statement on Sunday claiming that government forces killed over 200 ISIS members as well as defused 105 IEDs and 15 booby-trapped houses.

Meanwhile, Iraqi warplanes reportedly destroyed about 60 ISIS vehicles withdrawing from Tal Afar in the direction of al-Ayadiah.
The army and the PMU will likely secure the entire Tal Afar pocket will likely be secured in the near future.