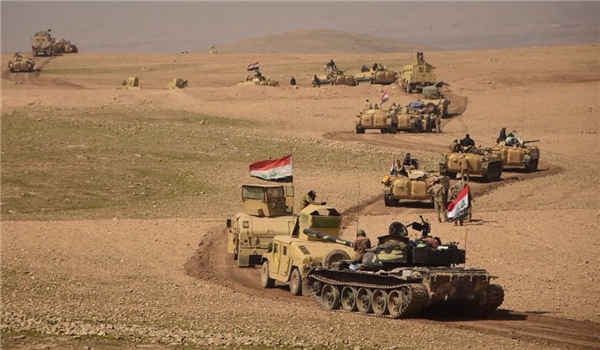 There are several reasons for war-party Washington’s decision to occupy Iraq permanently after the terrorist group of ISIL is fully defeated. All are equally unnerving. The first is the simplest: The US has many military bases across the globe. One or two more bases built in post-ISIL Iraq – or Syria – won’t hurt anyone. That the US keeps scapegoating Iran for this and all the wrongs it has done to the region, including fueling sectarianism and “Iran must be contained” rhetoric, lends itself to this interpretation. That the US could consider some terrorists as “moderates” implies damage to a core part of its bogus War on Terror and ethical being so profound as to be irreparable.

The second is that the US, which launched wars and destroyed many countries in the Middle East and North Africa, as foreign invaders always do, by speaking to the worst impulses of its allies (sectarianism and Sunni-Shiite divide) and embracing whatever nasty, violent visions were most politically and regionally expedient to this end – is simply taking the opportunism game – divide and rule game and/or Islamophobia – to a whole new level.

That certainly is possible. For war-party Washington, its response to post-ISIL Iraq will be simply another imperial calculus, an attempt to shore up its Military-Industrial Complex base. President Trump himself knows the US and NATO allies are entirely to blame for what has unfolded in the region, but sees far more political and financial gains in pandering to his angry client states by blaming Iran and the other usual suspects regularly targeted by pro-Israel “fakestream” media outlets in the West.

The third possible reason is oil and gas – a resource curse that always has and always will divide the region into allies and enemies of the US based on “those who are with us” and “those who are against us” rhetoric.
Washington’s almost pathological inability to do what ought to be the simplest thing in American foreign policy – issue a clear, unambiguous denunciation of all forms of terrorism and extremism, and condemn and hold to account those who support them – including oil-rich Saudi Arabia and the UAE – certainly raises this as a strong possibility. The US has certainly never needed Saudi Arabia’s or any other client state’s encouragement to occupy the region militarily and forever. So Qatar’s recent spat with Saudi Arabia, however uncomfortable for the Trump White House, will not address the key problem the region is still facing, which is America’s permanent presence and war.

The implications are clear: The US has no business wielding power over anything or anyone in the region – not over Iraq and its people, certainly not over a government that wants peace with itself and its people in Syria, and by no conceivable stretch of the imagination over the most powerful country in the region, i.e., Iran. Washington’s words and actions show that the US is either deeply untrustworthy of partnership in the Real War on Terror, terrifyingly opportunistic, and/or filled with the sort of exceptionalism and hate towards “the other” that triggered previous wars and all too easily could result today in a war with Iran, Russia and Syria, or North Korea – or both.

It is far beyond time for people of good conscience to denounce America’s permanent war and occupation across the globe. And it is time to hold to moral account all those client states that stay by the War Party’s side while they threaten nuclear apocalypse one day and encourage – or fail to denounce – terrorism and sectarian violence the next.

America’s permanent occupation of Iraq is both a symptom of the deep crises that have been cleaving the entire region and beyond for years and also a catalyst magnifying those crises in future. That a significant part of NATO supports the War Party not despite its colonial agenda but because of it ought to terrify any responsible regional country. And yet, trapped in their own bargain with terrorism and extremism, some Arab leaders have consistently shied away from tackling Washington’s harmfulness head-on.

This shouldn’t surprise anyone; after all, for decades, the US and regional allies – and large parts of the EU – have played politics, advancing their economic, sectarian and colonial agendas by pandering to Iranophobia and playing the tough on Iran and tough on Russia cards. The warmongering cabal has, for many years now, welcomed into its political house terrorists and extremists from Al-Qaeda in Iraq to ISIL to Nusra Front. Hence, long after Iraq and Syria are liberated, they will still be allowing these terror proxies to run the show.

The people of Iraq must act immediately to salvage whatever can be recovered from the wreckage of the ISIL war that the US and company will be destroying. Iraq simply will not be allowed to return to normal after ISIL. But that sobering thought does in no way mean its people don’t have an urgent obligation to begin the cleanup as soon as possible.