During the summer of 2015, your organization campaigned to stop my speaking tour of Canada. Organizers of local events were contacted, fed false and libelous assertions about me, and asked to revoke my planned speaking engagements. To their credit, none of them did so.

So your organization complained to the police. Two plainclothes officers from the Edmonton Police Department Hate Squad attended my talk there. After the slideshow, they introduced themselves, told me that they had no problem with anything I had said, and left.

This summer, your organization demanded that I be banned from entering Canada to speak at the Quds Day rally in Toronto—to no avail. I spoke there in support of the Palestinian and other Middle Eastern victims of the genocide that you and your fellow Zionists are perpetrating.

You, of course, would deny that you are perpetrating genocide. Your viewpoint—the Zionist viewpoint—is all-pervasive in the mainstream and most “alternative” media. My viewpoint—which is close to the Muslim-majority viewpoint, and probably also the majority viewpoint in the non-European world—is systematically suppressed from all official discourse in the West.

You want that suppression to continue. So you are trying to silence me. Simultaneously, you are lying by claiming that you have “reached out” to me in an attempt to establish dialogue. In fact, I am the one who has repeatedly reached out to you. During the summer of 2015, as you were trying to sabotage my Canadian speaking engagements, I repeatedly phoned and emailed B’nai B’rith Canada seeking reasonable dialogue. None of my calls or emails was ever returned.

So here I am once again, reaching out to you. Specifically, I am seeking your advice on a possibly Judeophobic email I received. (Note: It is NOT anti-Semitic, because 99% of the world’s Semites are Arabs, and it is definitely not anti-Arab.) Please read the email below and let me know whether you think it is offensive and bigoted, and if so, why.

On Aug 21, 2017, at 1:07 PM, Ray Gun <[email protected]> wrote:
Kevin …
There is a storm coming (a big one) baton down the hatches!
This from the man (Paul Watson) who constantly claimed there was no Jewish supremacist agenda on the internet.
He has now admitted that Google just made the ADL the thought Police on YouTube, FaceBook and Instagram et al …
Sergey Mikhaylovich Brin Together with Larry Page own Google.

Then we have Mark Elliot Zuckerberg owner of FaceBook (on paper) look at his education at Harvard University, where he joined the Jewish supremacist fraternity Alpha!


Here is the Alex Jonestein’s head smurf (Paul Watson) telling you he is leaving …
This is a must listen if you want to understand the foundations of this …
Bill Cooper – The Ugly Truth About the Anti-Defamation League #1
Just to remind you of the podcast I did back in 2015 (that I had to re-up because it got deleted).

Here is the last one I saved from destruction.

So, Daniel and B’nai B’rith colleagues, I ask you: Is Ray Gun’s email offensive, bigoted, Judeophobic…perhaps even “hate speech”? Are any or all of its assertions about the ethnicity and actions of the world’s biggest internet moguls false? If so, please leave a comment below correcting the false statements.

If all of the world’s biggest internet oligarchs were Arab Muslims and attended Hamas, Hezbollah, and/or Islamic Jihad conferences, would it be offensive, bigoted “hate speech” to say so? I don’t think so. So what possible objection could there be to identifying them as Jewish Zionists? Double-standards ARE bigotry. So it appears to be you, not me, who is the bigot here.

If you disagree, please explain. Let’s talk this out. Please contact me at DrKevinBarrett(AT)yahoo<dot>com for a conversation and possible radio interview. 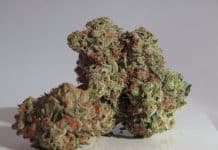 How To Start A Marijuana Dispensary In California?