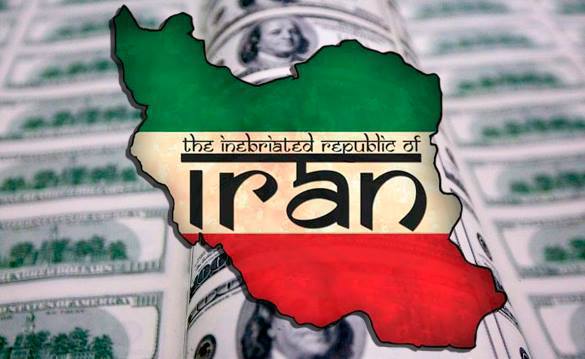 As Washington continues increasing its sanctions pressure on different countries of the world, one is led to believe that the authors of the strategy of sanctions have a vague idea about the ultimate goal of their policy. Why does the US impose complex restrictions on the work of its companies and banks with a number of major global partners? What is the point of creating artificial obstacles for the use of American technologies and monetary funds in the world?

Let’s take Iran as an example. For decades, the United States has refused to conduct economic and investment cooperation with Iran. There are numerous prohibitions for the transfer of US technology to Iranian companies. When Iran carries out transactions that do not fall under any sanctions, it is still prohibited to use US banking systems and even US dollars.

All those sanctions – both international ones, applied within the international legal framework in accordance with decisions of the UN Security Council, and unilateral American ones – pursue one goal: to prevent Iran from creating its own missile and nuclear weapons.

We all know the result: no sanctions have prevented Iran from reaching a threshold in the nuclear sphere and creating its own missiles capable of carrying any weapons – conventional, nuclear, and chemical ones.

The picture will be incomplete unless we point out the fact that the United States initially intended to put as much pressure on Iran as possible for the purpose of regime change in Teheran. The plan was simple and unpretentious: the people of Iran, being deprived of access to benefits of the “Western civilisation,” will revolt against the “undemocratic” government of the mullahs.

Yet, the difficulties that the sanctions caused have not weakened, but, on the contrary, strengthened the regime of the Islamic Republic that managed to create a self-reproduction mechanism.

It was the hopelessness of the pressure of sanctions that forced the Obama administration to move to more constructive interaction with Iran. As a result, a renowned nuclear deal was concluded that made it possible to lift the sanctions and open prospects for normalising the situation around Iran.

However, President Trump decided to revisit the method of sanctions. What for?

Trump explained in detail that he deemed the nuclear deal ineffective. Why would sanctions be more effective if their uselessness has already been proven? If Iran created missile weapons and reached the threshold of creating a nuclear warhead while living under sanctions what can stop the country from moving further along the same path? New sanctions? This is absurd, taking into consideration the fact that they are no longer an international law approved by the UN Security Council.

It goes about unilateral sanctions that the US Congress approved. Plus, it is American business that may suffer serious damages as a result of Trump’s sanctions against Iran.

During the recent 18 months, business people from Europe and Asia have gone on a pilgrimage to Tehran. They study investment proposals from the Iranian authorities with great interest, conclude oil and gas deals and arrange commodity deliveries. It is only the Americans who are afraid.

They are afraid to invoke wrath of the US Treasury that has been closely monitoring compliance with the cumbersome system of prohibitions against Iran. What exactly is forbidden – very few people know and understand it. Therefore, they prefer not to get involved, as they say.

As an example, one may refer to US-based technology giant Apple. Washington banned the sale of its products, such as iPhones, in Iran. Needless to say that Iran’s black market is inundated with Apple phones from Gulf countries, India and China. This created a large market of application, and Apple hired Iranian software developers to create applications targeting only Iranian consumers. Soon afterwards, Apple had to backpedal its decision and block all Iranian apps, while Chinese and Korean entrepreneurs quickly came to take the American place. In a nutshell, American companies are afraid of their authorities and prefer to move aside leaving the Iranian market to competitors.

Nikolai Kozhanov of Russian-Eurasian program Chetteh House noted that the policy of the US administration towards Iran creates conditions for Tehran to seek help and support from Moscow forcing the countries to cooperate even more.

In other words, it just so happens that Trump deliberately pushes Tehran into Moscow’s arms, apparently to burden Russia with as many complicated issues as possible, to link the Kremlin with allied regimes willing to qualitatively raise their international status. Those regimes are inconvenient partners: Iran intends to become a regional superpower, while China develops the role of a global superpower.

Both for Tehran and Beijing, Russia is an advantageous ally, but they will not take Russia’s interests into account in their strategies. Washington wants to hang Iran on Russia’s neck and make Iran become a nuclear power. With such allies by her side, Russia will lose its ability for strategic manoeuvres. As a result, Russia’s achievements, for example, in the Middle East, may turn against her own interests.