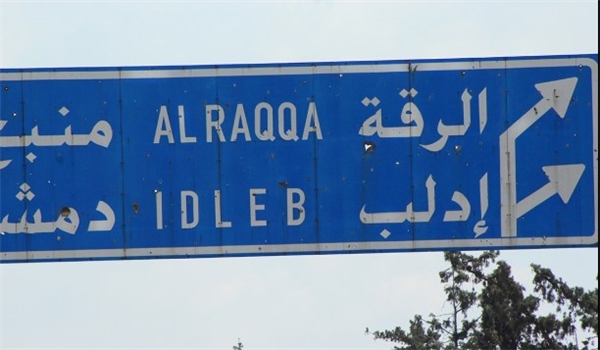 Thanks to the indiscriminate US bombing raids, Raqqa, the self-declared capital of the terrorist group of ISIL in Syria, has now become the worst place on earth to live in.

The battle to reclaim the city has raised concerns among top UN officials and human rights groups as at least 20,000 civilians remain trapped under heavy fire. Last Monday alone, 42 civilians, including 12 women and 19 children, were killed in a single US air attack.

The heavy fighting to drive out ISIL, led by the United States coalition and Kurdish proxy forces, has come under attack for its relentless air raids, which has killed hundreds of civilians since June, according to a report by Amnesty International. The Kurdish forces also bear the responsibility as they coordinate for airstrikes which are led by the US coalition. This has made room for gross miscalculations and loss of many civilians, whose numbers remain unknown.

When Jan Egeland, a top advisor to the UN Special Envoy for Syria, briefed journalists in Geneva recently, he spoke to the complexity of the situation in Raqqa, as ISIL encircles the city and traps civilians to use them as human shields. Additionally, a collapse of communication has made things worse. Egeland said he could not imagine a “worse place on earth now than in the city neighborhoods” referring to the areas under the control of ISIL. Similarly, however, caution should also be raised about Washington’s indiscriminate airstrikes in the city, which is still home to thousands of people, and where clashes between ISIL and Kurdish proxy forces have ramped up:

– US strikes on Raqqa and Syrian military installations – plus its illegal military bases – are a tragic mistake that risks entangling America in another no-win Middle Eastern conflict. The International Law is clear on that. These attacks are unlawful. The law requires UN authorization of the war. UN assent is required to loose the dogs of war “to liberate Raqqa”. Even President Trump agrees. In 2013 candidate Donald Trump said it would be a “big mistake” if President Obama did not get approval for military action in Syria.

– The US has no vital interests at stake warranting the use of military force. As candidate Trump declared in 2013, “do not attack Syria. There is no upside and tremendous downside.” For Trump White House today the air war has become a first resort almost irrespective of the issue involved. Yet war is fundamentally different from other policy tools and should be reserved for serious if not existential threats — to America’s people, territorial integrity, and economic survival. Nothing at stake in Syria, let alone in Raqqa, affects any of these.

– The region is full of US-made horror, including nearly half a million deaths in Syria, most due to more mundane causes, namely bullets and bombs and regime-change fantasies. The US will be very busy if awful images are enough to push its president into yet another no-win war.

– The ongoing attack on Raqqa makes a moral mountain out of a policy molehill. ISIL militants are awful, but Washington’s indiscriminate bombings are worse. In result they differ little from standard war crimes. The foreign-backed goons apparently may kill promiscuously as long as they don’t target their patrons. This does not justify what the US is doing to the worst place on earth.

– US strikes appear to be a spasm of outrage rather than part of any larger strategy to restore order and peace in the war-torn country. This plus military occupation for years is likely to lead to extremely counterproductive results. Official Washington intended to enter Afghanistan, Iraq, and Libya, and those conflicts still didn’t turn out well. Becoming a combatant and an occupier in Syria would be even worse.

At any rate, Secretary of State Rex Tillerson has suggested that regime change is back on the table, despite Trump’s long commitment to the contrary. Unfortunately, this deepened military involvement would prolong the conflict and trigger more terror attacks in Europe by the most brutal and determined returnees of ISIL and Al-Qaeda. The blowback will simply redouble the slaughter of civilians in the West.

Which brings us to a dismal conclusion: America’s regime-change fantasy has failed and Syrians have just come to realize that they need to solve their problems through talks. Warring parties have, thus far, convened in Geneva and Astana several times for diplomatic intra-Syrian negotiations. The next round of talks, set in Kazakhstan, has been delayed until the middle of September. Let’s hope there will be no more delays in the talks, with unrelenting international pressure for a negotiated settlement.