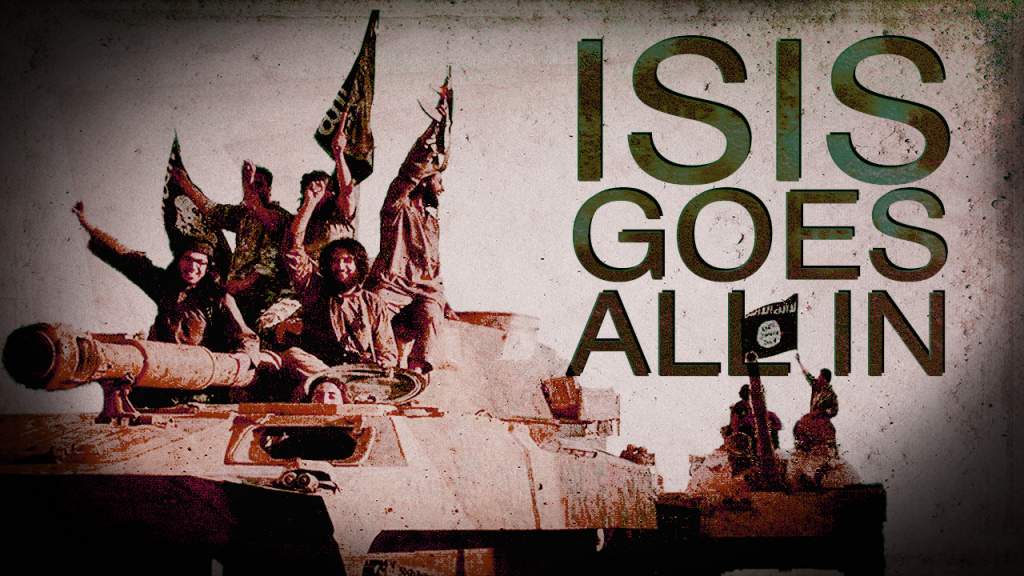 However, from the photos released by Amaq, it cannot be concluded that the bodies were those of Russian military servicemen. The two soldiers could be some private military contractors operating on the side of the Syrian government or just members of some pro-government group.

Meanwhile, the Syrian Arab Army (SAA) 5th Assault Corps’ ISIS Hunters liberated al-Mushayrifah and deployed to within only about 2 km from the southeastern entrance to Uqayribat.

ISIS deployed additional reinforcements to southern Raqqah in order to boost its offensive against the SAA Tiger Forces and pro-government tribal forces in the area.

Clashes are still ongoing in the Ghanim Ali village area and both sides claim that they are taking upper hand in this battle. However, it seems that ISIS will not be able to deliver enough damage to stop the SAA advance in central Syria.

The SAA further advanced along the Palmyra-Deir Ezzor road and recaptured the Harbisha area from ISIS. The advance came amid intense airstrikes on ISIS targets in central Syria.

The Russian Military Police has deployed in the towns of Shehba and Afrin in northern Syria in order to set up military observation posts and to provide additional security to the area, according to the Kurdish People’s Protection Units (YPG).

Further deployments of Russian Military Police units in the YPG-held area in northwestern Syria show the growing Russian influence in the area. Meanwhile, Kurdish militias in northeastern Syria remain under almost a direct influence of the US-led coalition.