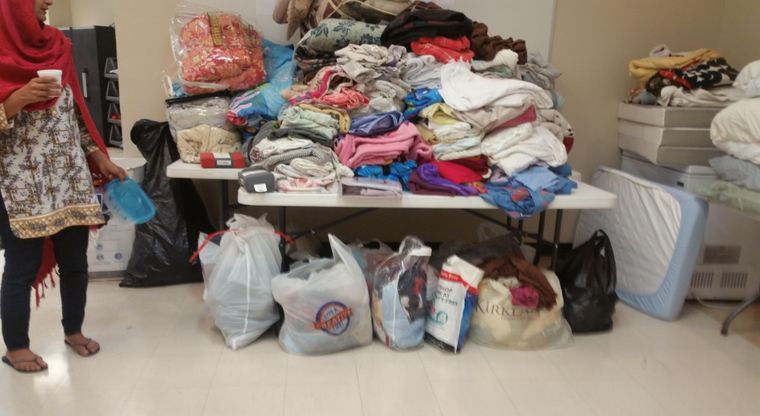 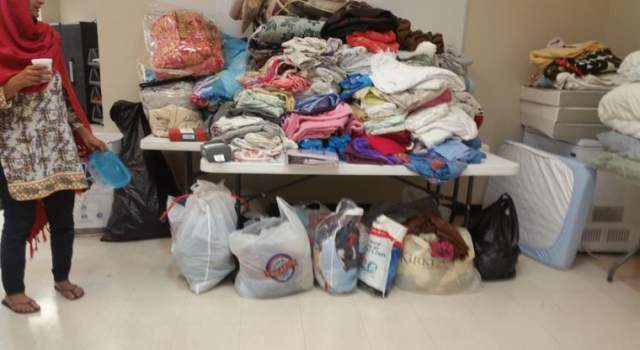 As devastating flooding from Harvey continues around the Houston area on Tuesday, the city’s Muslim community is stepping up: turning mosques into 24-hour shelters and bringing in diapers, water and food from their own homes.

M.J. Khan, president of the Islamic Society of Greater Houston — an organization that represents 21 Islamic centers in the area — said in a phone call that four of ISGH’s member mosques are now open as round-the-clock shelters.

“This is an obligation, a religious obligation to help others,” Khan said. “When you give, you don’t give only to your own family. … You give to anybody who needs help.”

Khan explained that with Harvey bearing down on Friday, the ISGH had the idea to offer mosques as shelters to anyone who needed refuge. The problem, he explained, was that many of the roads weren’t passable.

Luckily, Khan said, “we have a pretty good networking and communication system.” With just a few phone calls, volunteers began showing up to local mosques with bottled water, sleeping bags and supplies.

As of Tuesday, Khan said, four mosques were operating as fully equipped shelters, staffed and stocked by local volunteers. In fact, there were so many volunteers from Houston’s Muslim community that Khan began sending them to help in city shelters and at Houston’s convention center.

Houstonians of all stripes have come to stay in the mosques, Khan said: “mostly families,” some with young children or elderly relatives. In one of the mosques, classrooms that are normally part of a school were turned into private rooms for families.

In addition to the immediate relief that the shelters are providing, Khan said aid in the form of money and supplies has been coming in from Islamic organizations all over the US.