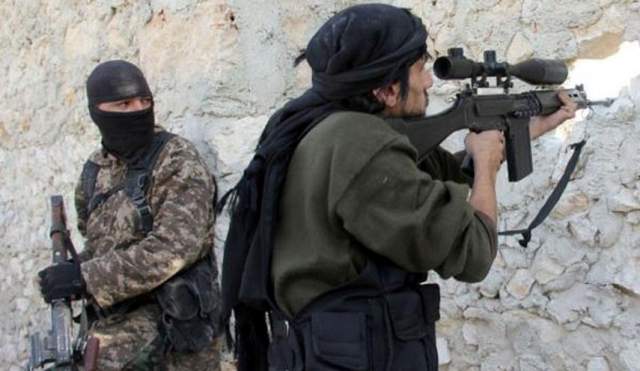 US officers are reorganizing terrorists in the Syria’s shared borders with Iraq and Jordan after the terrorist group’s recent defeats, an expert on Arab world development said on Wednesday.

Hassan Hanizadeh highlighted liberation of the region Tal Afar near Syria and Iraq’s borders and Lebanese forces’ control over Arsal region along Syria-Lebanon borders as well as greate victories gained by the Syrian army in Tadmor, Homs, Deir ez-Zor and Hama.

He underlined that six-year long efforts made by the US, Britain, France, Saudi Arabia and Turkey for changing Syria military and political geopolitics have remained futile.

“In particular, the US and Saudi Arabia are very much worried about increase of resistance front’s influence on the region after a series of defeats experienced by terrorist groups,” he noted.

Hanizade said that US and its allies are accusing Syrian government of using chemical weapons in a bid to isolate the Bashar al-Assad government and weaken it in fight against terrorism.

“US has a long history of providing hostile countries including former Iraq dictator Saddam with Weapons of Mass of Destruction (WMDs),” he said, adding that there are evidence that the Americans have supplied chemical weapons to terrorists in Daesh-held region of Idlib in northwest of Syria.

Syrian Army and its allies have upper hand in fighting terrorists and they do not need using chemical weapons, Hanizade concluded.