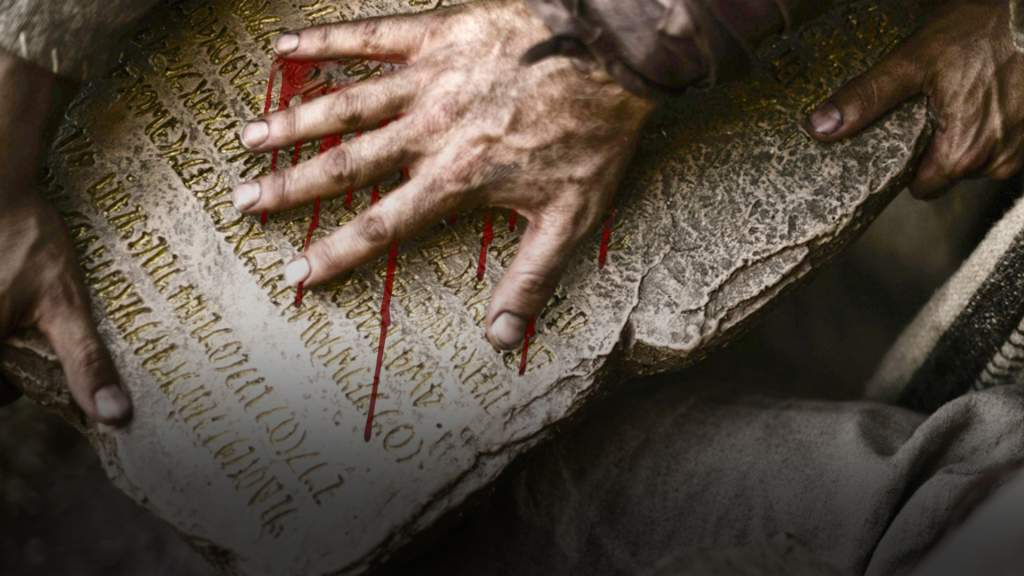 “The Ten Commandments should have been written down in Ancient Egyptian language, but that was not the case. So where is the missing link?”

Did the god of the Israelites deliver the so-called Ten Commandments to Moses orally or in a written form?  The Bible clearly says in several places that he did indeed write the Ten Commandments himself (with his own finger). The clearest verse in regards to this is found in (Ex 31:18).

But then, why did the god of the Israelites have to go to such trouble as to write down the Ten Commandments himself?

What was so special about those ten laws particularly that they advocated common ethics ancient man had already come to know and value (including the idea of one supreme god) through social evolution and not by divine revelation?

Ironically, the man god chose to carry his laws which strongly abhorred the act of killing and stealing, was already a killer and later a warlord who ordered the killing of so many innocent people after having stolen their native land. That leaves one wondering whether those commandments had any moral mandate that should have deterred the children of Israel from committing the war crimes they did in the name of invading/occupying their so called “Promised Land”.

Moreover, most ancient cultures had codes of ethics more or less similar to the Hebrew Ten Commandments, and surprisingly, other cultures had far superseded them.

Ancient Egypt, for instance, had long abided by 42 moral commandments – known as the laws of Ma’at, written at least 2,000 years before the time of Moses. Ma’at is the Egyptian principle of truth, righteousness and order. Compared to the Egyptian moral laws, the Ten Commandments seem a bit too little and much too late.

What was the point the Israelite god wanted to make by chiseling down his commandments on stone, rather than articulating them verbally to Moses, as he did the rest of Torah? If those tablets were so divine and holy how did Moses have the guts – no matter what the reason was – to smash them into pieces the minute he descended from the mountain where he had a long chat with his god? Or maybe Moses destroyed those holy tablets because anger management (a value commended by ancient sages) was somehow not included in those Ten Commandments?

Rendering the Ten Commandments in a written form seems kind of strange considering that at the time of the story of the Exodus from Egypt no Israelite slave was literate in Ancient Hebrew or in any other ancient language for that matter.

As a matter of fact, the Paleo-Hebrew alphabet did not evolve before 1000 BC – some three centuries after the time of Moses and his tablets. The language structure is relatively similar to the Ancient Hebrew, which was about to arise around 1000 BC, but the symbols were not Hebrew, they were from an earlier set of pictograph symbols of Ancient Arabian/Yemenite writing.

So, what was the purpose of delivering God’s commandments inscribed on stone tablets when no one could have read them, including Moses who was purportedly raised and educated according to the Egyptian tradition and tongue?

If Moses was (as the misconception/myth goes) brought up as a high-ranking Egyptian he was probably literate only in Ancient Egyptian.

The Hebrews couldn’t have read or written hieroglyphs proper, because that was a closely guarded skill that required years of training and was the exclusive realm of a select class of scribes, usually drawn from elite Egyptian families.

Although no archaeological evidence has ever been recovered to attest to such an event of an Exodus or enslavement in Egypt, but, if the story of Moses did happen in Ancient Egypt, then the Ten Commandments as well as the rest of the Mosaic laws should have been written down in Ancient Egyptian language. But that was not the case according to the scholarly consensus. So where is the missing link?

When Moses was not in Egypt before the Exodus, he was with Midianites not Hebrews. The fact that Moses, after fleeing Egypt, was able to easily communicate/converse with Midianites means that the people of Ancient Egypt and Midian spoke the same tongue, but historically that is not true either.

A (mistaken) consensus among historians views Midian as an Arabian tribe/confederation of tribes that dwelled in the North-Western part of Ancient Arabia. But historians were not mistaken as they identified the Midianites as an Arabian tribe but only when they conveniently located them at the North of the Arabian Peninsula (near Egypt). Whereas according to Ancient Arabian tradition and records the original site of Midian had long been at the West-Southern part of the Arabian Peninsula and specifically at Ancient Yemen. The mountain of Jethro/Shu-ayb (Moses’ Midianite father-in-law) still stands in Yemen as the most prominent peak in the whole Arabian Peninsula.

Did Moses speak Ancient Egyptian and Ancient Arabian language, most unlikely. Then, how could that anachronism be straightened out?

Moreover did god speak to Moses in Ancient Egyptian language or in Ancient Arabian tongue? (And please spare me the patronizing voices that will claim that Moses and his god conversed in some unearthly divine dialect — because even the most fundamentalist rabbinical authorities never went that far).

If at the purported time of the Exodus story no written alphabet/written language had yet evolved in the Ancient Near East — except the Egyptian, the Sumerian and the Ancient Arabian/Yemenite, then what was the most likely language the Israelite god used to chisel down his (so-called) Ten Commandments? Of course both the Sumerian and Egyptian seemed highly unlikely.

That would leave us with only one possibility; the Ten Commandments must have been written down in Ancient Yemenite.

Interestingly not very far away from Yemen, the Orthodox Church and priesthood of Modern Ethiopia are adamant that their land has always kept the Arc of the Covenant, something the whole world has long deemed lost and irretrievable.

The truth of the matter is that the doctrine of the Roman Catholic Church or what is known as the New Testament was originally based on a genuine Arabian culture and folklore. It is mistakenly known as the Old Testament/or the Hebrew Bible – a totally Greek terminology (To the Arabs and Ethiopians it is only referred to as the Torah)

The Story of the Moses and Pharaoh – including the Ten Commandments — is an Ancient folktale of Arabia, and the Torah is one of its ancient books

For further reading and references:

“Deconstructing the walls of Jericho” by Prof. Ze’ev Herzog

“Egypt knew no Pharaohs nor Israelites” by Dr. Ashraf Ezzat