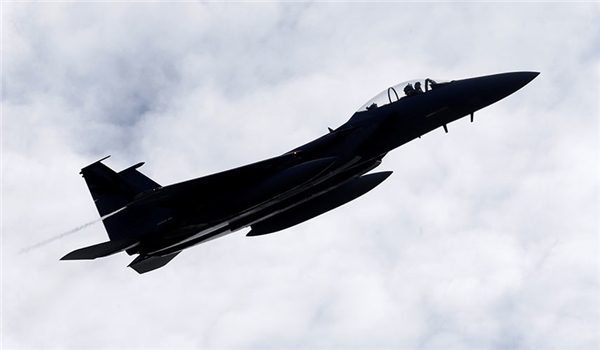 The US recently spurned a call by the UN to temporarily halt airstrikes on the Syrian city of Raqqa to allow civilians to flee. That call had come after multiple instances of US strikes killing civilians in and around the city. Today, UN officials are warning that the city’s population is still paying an “unacceptable price” from the US airstrikes, and that continued US bombardment may be in violation of international law as a result. The US has been trying to back an invasion of Raqqa against ISIL by its proxy forces.

An estimated 20,000 civilians remain in Raqqa, and the US has labeled them “human shields.” The UN High Commissioner for Human Rights has warned that in just the month of August they documented 151 civilian deaths from the US-led invasion and US airstrikes. The high commissioner noted that all civilians, including human shields, must be protected at all times, and said the US forces are ignoring humanitarian law’s “principles of precautions, distinction, and proportionality.”

Worse still, US officials are committing the same crimes in Yemen and Afghanistan. In both countries they also insist they are taking utmost care to avoid civilian deaths. In reality, however, the Pentagon regime’s main effort in keeping the official death toll down has been to deliver preposterously low undercounts of how many people they have killed in reports.

There is no transparency on US troop levels either. The War Party has thrown the international protocols entirely out the window. Instead, they have signed orders on a planned escalation of the war on Syria. The lack of figures should be unsurprising, as President Trump insists the troop levels will not be made public, claiming the “enemy must never know.” Still, the high number of civilian deaths surely shows there is no legality to this bloody campaign. It’s an imperfect substitute for accountability:

It is wrong and immoral for the US to seek to escape the consequences of its acts. Evidence gathered on the ground in Raqqa points to an alarming pattern of US-led coalition airstrikes which have destroyed whole houses with entire families inside. This suggests that coalition forces leading the offensive in Raqqa have failed to take adequate precautions to prevent civilian deaths, in flagrant violation of International Humanitarian Law.

There is also no longer any public accountability. As confirmed on May 26, the Pentagon no longer acknowledges when its own aircraft are responsible for civilian casualty incidents; rather they will be hidden under the umbrella of the US. Centcom should own up to its own actions rather than dispersing responsibility.

Whatever this is, US forces carrying out air strikes in Raqqa must conduct thorough investigations into reports of civilian casualties from operations and disclose their findings. It is high time the US authorities came clean about the full extent of the civilian damage caused by their attacks. Independent and impartial investigations must be carried out by the UN into any potential violations of International Humanitarian Law – and the findings should be made public.

Research and documentation by leading human rights and monitoring organizations including the Syrian Network for Human Rights, Airwars and the Violations Documentation Center indicates that the total number of civilians killed by US-led Coalition forces in Syria since operations began could be as high as several thousand.

This is really the lowest point for the Pentagon regime and US officials. It requires no accountability, no understanding. The highest point is empathy, for it requires them to suspend their egos and live in another’s world – people living in horror in Raqqa. It requires profound purpose larger than the self kind of understanding, which doesn’t exist in Washington.