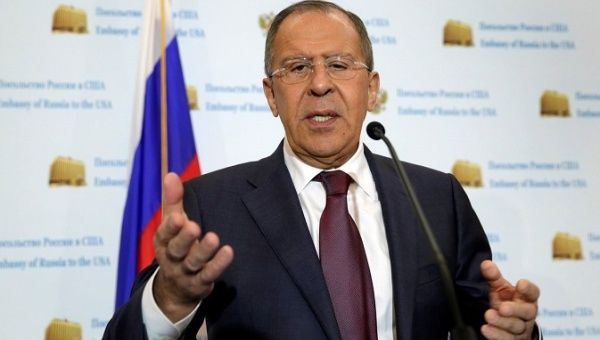 “As you know, it takes two to tango, but it seems to me that our U.S. partners keep performing individual breakdance,” a top Russian diplomat said.

Top diplomats in Russia’s Foreign Ministry have said that they will take a “tough response” to the recent decision on the part of the United States to close the Russian consulate in San Fransisco, which they said is part of an effort to sour bilateral relations.

The United States has ordered the closure of Russia’s San Fransisco consulate by September 2nd, when U.S. special services will conduct searches of the consulate and even of the houses of consulate employees.

“The step is a gross violation of international law, including of the United States’s commitments on the Vienna Conventions on Diplomatic and Consular Relations,” Foreign Ministry spokesperson Maria Zakharova said. She continued to say that Russia reserves “a possibility to retaliate.”

Saying that “we’ll react as soon as we finish our analysis,” of the situation, Russian Foreign Minister Sergey Lavrov echoed Zakharova’s sentiment and promised “tough responses to moves that inflict damage out of nothing and are based only on someone’s wish to ruin our relations with the United States.”

“As you know, it takes two to tango, but it seems to me that our U.S. partners keep performing individual breakdance,” the Russian Foreign Minister said.

Lavrov said that he believes the new sanctions are not so much a move against Russia directly as it is an attempt to stymie what he said were attempts at bilateral relations made by the U.S. President Donald Trump, who he said has expressed interest in improving relations.

“I want to say that this whole story with (the two countries) exchanging tit-for-tat sanctions was not started by us. It was started by the Obama administration to undermine US-Russia relations and to not allow [President Donald] Trump to advance constructive ideas or fulfill his pre-election pledges,” Lavrov said.

“We need to sort this out calmly, very calmly and act in a professional manner,” Antonov said according to TASS.