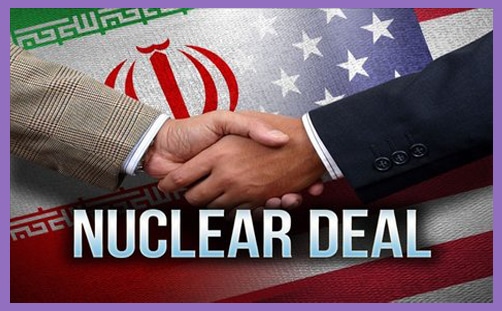 [ Note: It’s always a pleasure to catch a Debate Show with a meaty topic, because you have a lot more time to delve into it. I have been on the same show with MIT’s Dr. Walsh a number of times, and although we come from different backgrounds, we get a lot out on the table.

Trump’s credibility is sinking lower and lower, most recently with his request to the Intel community to find him something to give him cover for claiming Iran is not in compliance. We have all been here before, with Dick Cheney going over to the CIA wanting to see raw Intel that he could pick things out of without the needed context and multiple confirmations.

Once again, Israel, which blocks having its own nuke programs monitored, should still provide the IAEA evidence that Iran is in violation, but has not done so, either now or during the JCPOA negotiations when it might have killed the talks.

I posed during the show that Trump’s pushing for a violation to kill the deal, when all his top advisers tell him we should stay in it, is a favor to Netanyahu, who is green with envy watching where the Iranian economy is going in the next decade.

This deal was a highlight of the Obama presidency, and a close run thing to say the least, to get a majority vote in Congress, with the Republicans having done everything they could to kill it, and now backing Trump in his round two efforts.

VT has come a long way with Press TV, from the days when they were being pulled off the European cable satellites, and the Press TV website was their window to the world. The editor, Dr. Salami asked us to help build the readership of their Viewpoints commentary section, which had been an unknown part of the website.

Within a year we were getting huge readership in Viewpoints, which led to doing new commentary that leveraged the writing we were doing. We have fond memories of those days. We could send an article in at midnight, and it would be published by noon… JD ]

“If inspections of Iranian military sites are ‘merely a dream,’ as Iran says, then Iranian compliance with the J.C.P.O.A. is also a dream.”

That was how the US ambassador to the UN, Nikki Haley, has reacted to an IAEA report confirming Iran’s compliance to the JCPOA, as her govt pushes for inspections of Iran’s military sites, which the IAEA says is unnecessary and Iran says is unacceptable.

While very real questions about the US’ own violations of the spirit and letter of the deal exist, Trump is known to be working to find some way of declaring Iran as in violation of the deal itself.

This as other parties to this deal, such as France, say there is truly no alternative to this agreement. Join me, Waqar Rizvi, for that & more in tonight’s discussion.