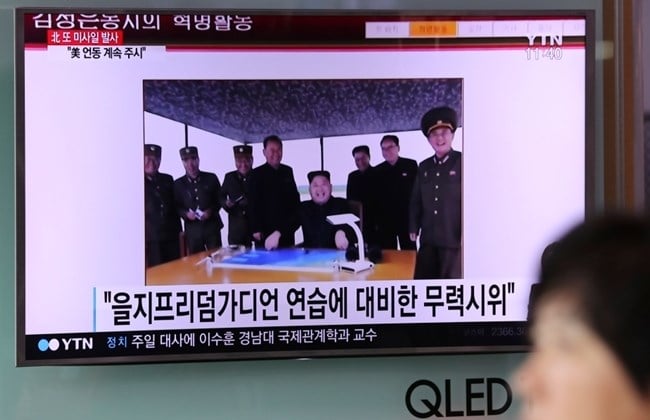 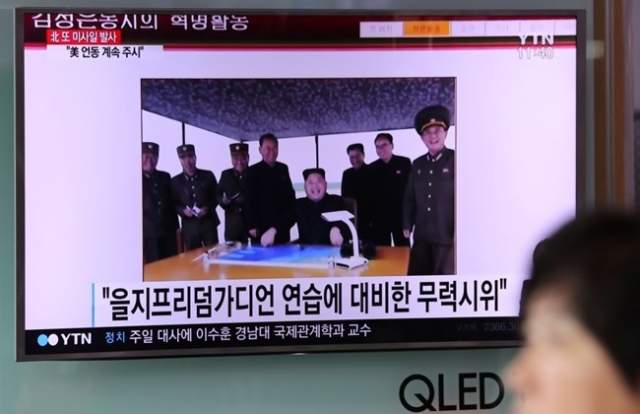 The United States and South Korea agreed Friday to strengthen Seoul’s defenses and Washington gave a nod to billions in arms sales to the country, the White House said, days after North Korea fired a missile over Japan and threatened further launches.

Pyongyang fired an intermediate-range Hwasong-12 over Japan early on Tuesday, which it said was a mere “curtain-raiser” for the North’s “resolute countermeasures” against ongoing US-South Korean military drills.

It came as U.S. and South Korean forces were nearing the end of the 10-day annual Ulchi Freedom Guardian joint exercises, which the North regards as a rehearsal for invasion.

Trump has insisted that “all options” are on the table in an implied threat of pre-emptive military action, while on Thursday U.S. heavy bombers and stealth jet fighters took part in a joint live fire drill in South Korea intended as a show of force.

Trump and Moon spoke on the phone Friday about North Korean’s “continued destabilizing and escalatory behavior,” the White House said in a statement.

“President Trump provided his conceptual approval of planned purchases by South Korea of billions of dollars in American military equipment.”

Park Soo-hyun, the spokesman for Seoul’s presidential office, said the leaders had reached an agreement in principle to loosen – “to the extent hoped by the South Korean side” – limits on the South’s ballistic missile capability.

Under a bilateral agreement with the United States, Seoul is currently restricted to ballistic missiles with a maximum range of 800 kilometres and payload of 500 kg.

The South wants the maximum warhead weight doubled to one tonne, and the Pentagon has said it was “actively” considering the revision.

Signed with the U.S. in 2001 – the year South Korea joined the MissileTechnology Control Regime (MTCR) – the agreement initially limited Seoul to rockets with a range of just 300 kilometres, due to U.S. concerns about triggering a regional arms race in Northeast Asia.

However, after a long-range rocket test by North Korea in 2012, Seoul managed to negotiate the near three-fold increase in the range limit to 800 kilometers, putting North Korean military facilities which were previously out of range within reach, as well as parts of China and Japan.

Tensions on the Korean Peninsula are at their highest point in years after a series of missile tests by Pyongyang.

Calls are also mounting in South Korea for Seoul to build nuclear weapons of its own to defend itself as nuclear-armed North Korea’s missile stand-off with the U.S. escalates.

The South, which hosts 28,500 U.S. troops to defend it, is banned from building its own nuclear weapons under a 1974 atomic energy deal it signed with Washington, which instead offers a “nuclear umbrella” against potential attacks.

Park said the two leaders reaffirmed the need to bring Pyongyang back to dialogue by applying maximum sanctions and pressure.

However, Trump said after the latest missile test that negotiations with Pyongyang were “not the answer.”