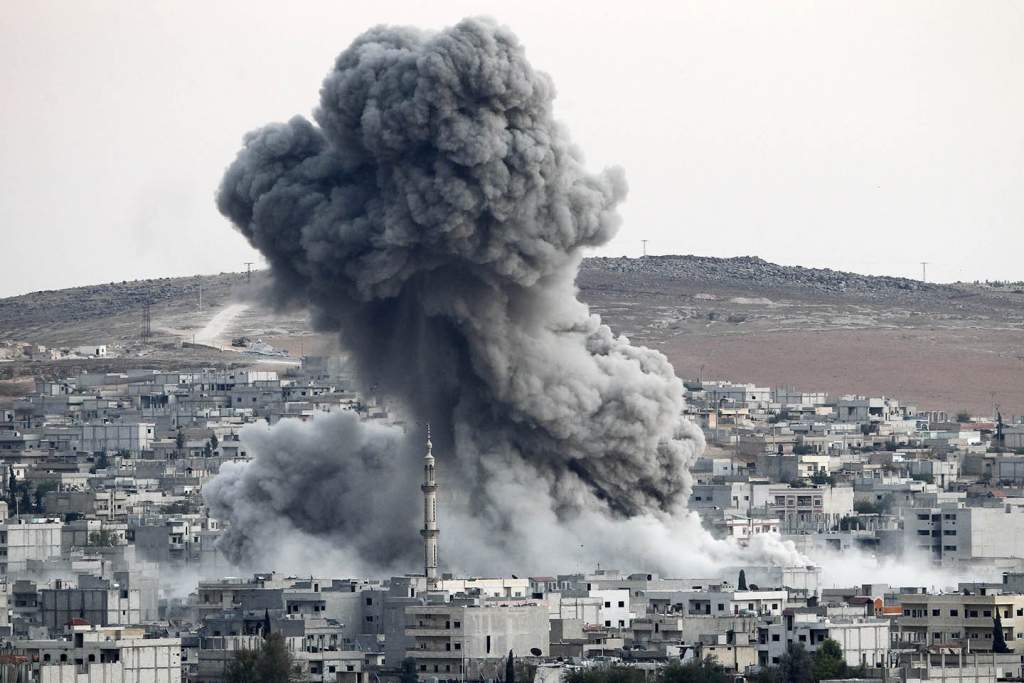 A dozen nations armed ISIS, protected them, some provided air support, others funneled jihadists from the far reaches of the Pacific to battle fields in Iraq and Syria.

Half a trillion dollars in oil, antiquities, entire factories, not to mention endless thousands of human slaves enriched those behind ISIS. Most involved aren’t Muslims. Many are Americans, the same corporations that profited from the War on Terror, backed ISIS as well.

Every NATO nation was involved as was Israel, Saudi Arabia and the Gulf States. This was a war of corporations and banks, a commercial venture building on the real lessons learned after 9/11.

War is too important for governments, politicians can be bought and sold like any other commodity and everyone has a price. Behind it all, the media and their darlings, Assange and WikiLeaks, the Murdoch organization, the BBC, all enthrall to international thuggery on a scale previously unseen. We begin.

In early 2014, I met with Iraqi Sunni leaders to discuss security concerns. Iraq’s Sunni’s are a complex interrelationship of tribal units, complex family ties further diffused by tenuous alliance with Saddam and his Baathist regime.

As the post 9/11 US occupation dragged on, Iraq’s Sunni minority, which includes most of the business community, increasingly looked south to Saudi Arabia and the Emirates for stability. Many were fearful of Iran’s influence.

Despite warnings, this led many, including military leaders, to cozying up to ISIS. The hand of Saudi intelligence services was always there as well, promises made but seldom kept. A few short months later, many I met with had their heads displayed on pikes, their “dance with the devil” unsatisfactory and unfulfilling.

Thus, overnight, ISIS found itself in control of the vast city of Mosul and billions in American military hardware, all handed over to ISIS. Behind this was not only Saudi intelligence but the Mossad as well, the Israeli intelligence service that had set up a large headquarters in Mosul as early as 2003.

There, they played Christians and Muslims against each other and began their dance with Turkey, supplying intelligence to Turkey on the Kurdish PKK, a group Israel had helped establish some years ago. This is the reality, one never reported.

As the ISIS juggernaut rolled on, fueled by jihadists magically moved through airports around the world, rumored aided by the Israeli controlled airport security firm ICTS of 9/11 fame, all the rules of conventional warfare were set aside. ISIS, reputedly a non-state player, became the stepchild of security forces of the US, Britain, France, Israel, Turkey, India, Saudi Arabia, Qatar and the UAE.

Eventually, even Serbia, Georgia, Ukraine and Romania would join in as well, channeling both NATO and Eastern Bloc weapons through Turkey, aided by non-governmental organizations such as the White Helmets and dozens of phony refugee aid and relief groups.

From the South, vehicles by the thousands flowed into Syria and Iraq for ISIS, specially modified Toyota Hilux trucks and almost the entire production of Land Cruisers. All paid for by Saudi royal funds and, according to sources, upgraded and reinforced in Israel, larger cooling systems and heavier suspension. No serial number has ever been traced, Toyota has never been held to account, no invoices checked, not for entire container ships of “technicals” moved into Israel and then to Jordan through Aqaba, and up into the warzone.

Similarly, until Russian aerospace forces pointed it out, the river of trucks, 12,000 plus strong, mostly passing openly through Kurdish controlled regions, Erbil and Duhoc, into Turkey, the invisible partnership that funded ISIS and the political families of several nations as well, unseen, unquestioned.

Where do 12,000 oil tankers come from? Easy answer, they come from America, bought up by brokers, shipped out of the Port of Houston. Most now lie burned wrecks in Syria and Iraq. Not one serial number ever checked, no one wants to know that they once plied the interstate highways of America carrying fuel for BP, Exxon and so many others.

We mentioned antiquities. Most moved openly through the auction houses of London, Paris and New York while those reputedly investigating, I was told by Syria’s former Minister of Justice, Najm Hamad al-Ahmad, may well have been acting as “spotters” for antiquity thieves themselves.

Time now to talk Turkey. When Aleppo “fell” to ISIS, it wasn’t ISIS at all. It was Turkey. Aleppo was the industrial heart of Syria and was picked clean by “gleaners” from Turkey. According to the Syrian Ministry of Justice, every major manufacturing facility in Northern Syria was stripped clean, machine tools, inventory, even copper wire and plumbing, trucked into Turkey and either sold off or reassembled and put back into production with ISIS a business partner.

The goods and materials involved has flowed for years into the European Union.

How do we explain Raytheon Corporation, one of the best supervised and controlled entities of America’s military sector, manufacturer of key weapons systems vital to America’s defense. Their production of TOW missiles, a huge sector of their corporate profitability, has been moving directly into the hands of terrorists for years. Damascus has a warehouse of captured Raytheon weapons, taken from al Qaeda and ISIS. Why is no one held to account?

The answer is obvious, a tribunal. Let us hold those who backed ISIS to account. This includes the journalists and their reports of phony gas attacks and imaginary atrocities by the Damascus government, and all those involved in keeping ISIS and al Qaeda supplied with drones, satellite phones, signals intelligence and top quality and highly restricted military electronics.

All can easily be tracked, from the EU, from Ukraine and Georgia, but most from Turkey, followed by Saudi Arabia, then Jordan and, of course, Israel.

There are 500,000 dead and up to 10 million refugees. Perhaps a few politicians, Israeli for sure, the Saudi Royals, Americans by the hundreds, an entire Turkish regime, endless thousands of traitors in Syria and Iraq, and corporations around the world need to be held accountable for these deaths.

What is owed? Reparations for sure, every jihadist from Indonesia and the Philippines had to get to Syria somehow. Every drop of oil, every antiquity, every ton of copper wire, every human slave, all need to be priced, not just money but prison time and perhaps a few hangings as well, perhaps on a massive scale.

Gordon Duff is a Marine combat veteran of the Vietnam War that has worked on veterans and POW issues for decades and consulted with governments challenged by security issues. He’s a senior editor and chairman of the board of Veterans Today, especially for the online magazine “New Eastern Outlook.”
https://journal-neo.org/2017/09/03/a-nuremberg-tribunal-for-isis-and-friends/