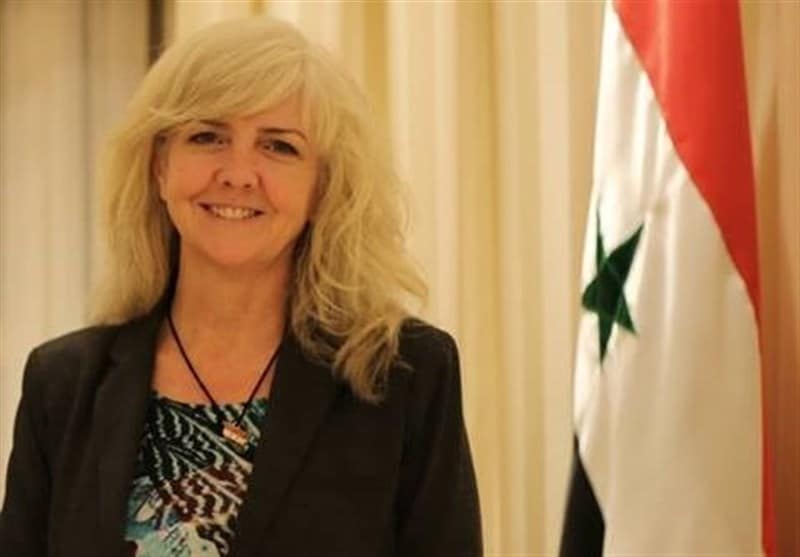 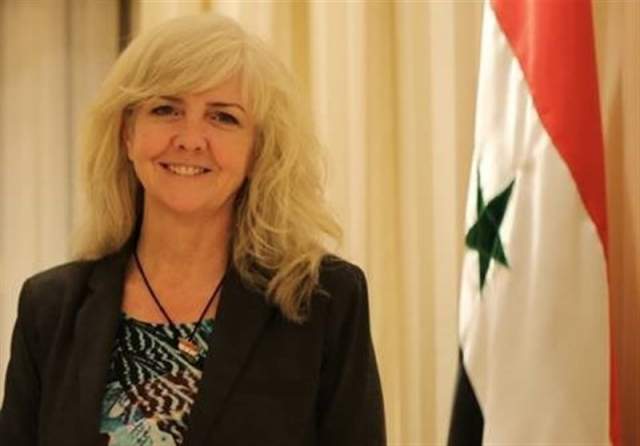 A peace activist and journalist based in Virginia said Israeli Prime Minister Benjamin Netanyahu’s panic about recent advances of Iran and its allied forces against terrorists in Syria signals that the Tel Aviv regime is “losing its stranglehold” over Washington.

“Netanyahu’s panic and his incessant warnings regarding ‘Iranian expansion’ may be the most hopeful sign that Tel Aviv is losing its stranglehold over Washington,” Janice Kortkamp from Leesburg, Virginia, said in an interview with the Tasnim News Agency.

Janice Kortkamp became an independent, completely self-funded, journalist after “seeing Western media bias regarding Syria and how that bias was promoting war and destabilization in Syria and all the Levant”. She has researched the current crisis for over four years, putting in over 6,000 hours of study. She has visited Syria three times over the past year, spending three months traveling around the major population areas and the outskirts of Damascus, Homs, Latakia (including Kessab) and Aleppo. She has also gone to Germany, Lebanon, and Kuwait to meet with Syrian refugees and emigrants. Through friends and contacts in Syria as well as reports from genuine news sources around the world, she tracks the situation on the ground in Syria on an hourly basis.

Tasnim: It seems that recent advances of the Syrian army and its allied forces against foreign-backed terrorist groups like Daesh (ISIS or ISIL) in the Arab country have infuriated the Israeli regime. A senior Israeli official has issued a warning to Russia that the Israeli military will bomb Syrian President Bashar Assad’s palace in Damascus if Russia allows Iran to make military advances in Syria, according to media reports. The official added another caution in the Al-Hayat al-Jadida newspaper that if regional changes don’t take place in the current advance by Iran, Israel will act to scuttle the Syrian ceasefire deal recently concluded by the US and Russian governments. The warnings came during a meeting last week on the Black Sea between Israeli Prime Minister Benjamin Netanyahu and Russian President Vladimir Putin. In your opinion, what is the reason behind the Israeli officials’ concerns?

Kortkamp: I believe this is an exceedingly dangerous time in the Syrian conflict; Israel is in a panic right now with the victory in the strategic Qalamoun region over Daesh. Israel’s goal has been to keep the war in Syria going indefinitely – for it to bleed to death – to weaken the Syrian Arab Republic (SAR) and Hezbollah just as they had wanted the war in Iraq to weaken both it and Iran. The opposite outcome has occurred with Hezbollah stronger and more respected than ever; the alliance and coordination between Syria, Hezbollah, Iran, and Russia also stronger; Iraq is also cooperating in many regards with that alliance, and President Putin is now seen as the predominant global strategist. Another factor is that Prime Minister Netanyahu is under investigation for fraud and corruption and a war would probably distract Israelis from pursuing an indictment. Netanyahu’s emotional entreaties to President Putin seemed to have fallen on deaf ears according to Pravda’s report of August 25 on the meeting, saying Israel’s Prime Minister failed to convince President Putin on the need to stop “Iran’s expansion in the Middle East.” In fact, the report stated the Kremlin is “interested to further strengthen Tehran’s influence in the region.” A trapped predator is the most dangerous however and many analysts, including former CIA operations operator who writes on these topics, Philip Giraldi, are predicting a preemptive strike against an Iranian target in Syria, which might escalate into greater involvement by the United States against Syria on Israel’s behalf.

Tasnim: As you may know, a US helicopter has recently transferred members of the Daesh terrorist group in Syria’s eastern province of Deir ez-Zor for the second time in a week, according to a UK-based monitoring group called Syrian Observatory for Human Rights (SOHR). The SOHR said the airlift was conducted in the town of al-Tabani. Measures taken by Washington up to now indicate that it has been seeking to destabilize the Arab country by arming and supporting the terrorists under the disguise of anti-terrorism coalition. What do you think about these developments?

Kortkamp: There are several points to consider:

1) I do not think of the SOHR as a credible resource, however that action would be consistent with other US actions in both Syria and Iraq so it could well be true.

2) The two previous administrations have held the goal of destabilizing Syria using covert pressure as well as through proxy forces armed and funded by the West’s allies in the Persian Gulf countries and Turkey. Little seems to have changed under President Trump, with the new administration putting considerable resources into supporting America’s latest “rebel” force – the SDF.

3) The support for Kurdish and other separatists is troubling and seems to indicate continued US commitment to dividing the northern part of Syria off which would be in line with Israel’s desires – it is no coincidence separatists are waving Israeli flags at rallies. President Trump has surrounded himself with advisors whose interests are “Israel first” and using military action to achieve it. UN Ambassador Nikki Haley discusses eliminating Iran from Syria as the only priority there and Jared Kushner is clearly under Netanyahu’s influence.

4) Top Israeli defense chiefs were in Washington recently to discuss Syria and they reiterated what anyone following this conflict knows, that the outcome of the war in Syria will reshape the region. It doesn’t appear though that the delegation from Tel Aviv went home with many reassurances.

5) President Trump’s turning over of the Afghanistan conflict to his generals is also troubling as it is in their interest to prolong every war and to create new ones. The Israeli delegation also put pressure on Washington to remain in and strengthen forces in Afghanistan.

6) All that being said, no one knows what was discussed between President Putin and President Trump. Netanyahu’s panic may be the most hopeful sign that his incessant warnings regarding “Iranian expansion” may finally be losing their stranglehold over Washington.

Tasnim: Iranian Deputy Foreign Minister for Arab and African Affairs Hossein Jaberi Ansari said on Monday that the next round of Syria peace talks in Kazakhstan’s capital city of Astana would be held in mid-September. What is your assessment about the previous rounds of the talks between Tehran, Moscow, and Ankara on the Syrian crisis? And what is your prediction about the result of the next round?

Kortkamp: The current agreement has allowed Syrian and allied forces to make considerable gains over the past months so I am hopeful the next round of talks may also be effective. I would never consider President Erdogan a trustworthy alliance member but the strength of Russia and Iran seems to have curtailed his actions against Syria.

Once again, everything is in the balance and the tipping point is Syria. Saudi Arabia is receiving greater criticism of their war against Yemen; their proxies in Syria are crumbling, and there is a deep schism now between them and Qatar. Israel is seeing their many-decades long plan for hegemony in the region failing.

The stakes are so very high. We are facing a possible regional conflagration that could dwarf the horrific wars of the past 13 years and ignite a global conflict, or the US and its allies may back down from Syria and let a much-needed balance occur in the region.