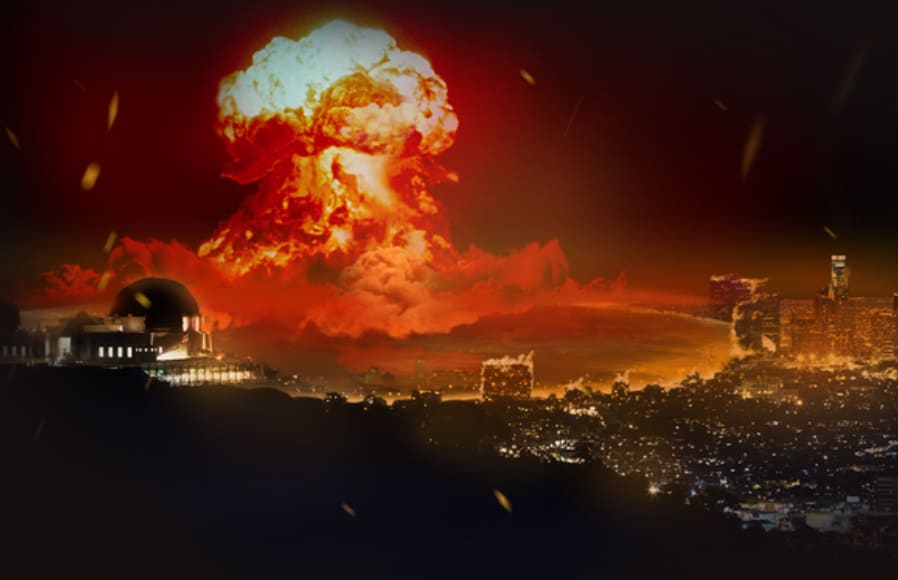 Democracy and freedom of expression are under attack. There is blood in the streets. How did it get that way? Where did it come from, what are its sources and what continues to drive it? This four part series will look at the origin of those sources and unlock connections that when understood should open doors of perception that have been locked shut for far too long.

In keeping with the goal of providing intelligence, propaganda and operational support for what  London believed was sure to be a coming war against Moscow, in 1946 the British and Commonwealth Foreign Office revived its anti-Nazi “Black Propaganda organization” the Political Warfare Executive (PWE).

Renamed the Information Research Department (IRD) and funded by the CIA, the IRD would operate from 1946 until 1977 as a covert anti-Communist propaganda unit producing, distributing and circulating unattributable propaganda.

According to Paul Lashmar and James Oliver, authors of Britain’s Secret Propaganda War, “the vast IRD enterprise had one sole aim: To spread its ceaseless propaganda output (i.e. a mixture of outright lies and distorted facts) among top-ranking journalists who worked for major agencies and magazines, including Reuters and the BBC, as well as every other available channel. It worked abroad to discredit communist parties in Western Europe which might gain a share of power by entirely democratic means, and at home to discredit the British Left”.

IRD was to become a self-fulfilling disinformation machine for the far-right-wing of the international intelligence elite and, together with the CIA’s Congress for Cultural Freedom (CCF), set out to establish a new brand of Western ideology that would delegitimize not just Communism but the very idea of the “Left” itself.

The jumping off spot was the 1950 Berlin conference. The Congress for Cultural Freedom’s fourteen-point “Freedom Manifesto” was to identify the West with freedom, but the right-wing rhetoric emanating from the podium chilled even MI6’s own A.J. ‘Freddie’ Ayer, Professor of Philosophy at University College, London, and Oxford historian Hugh Trevor Roper.

Stephen Dorril writes “What irritated Ayer and Trevor-Roper was the ‘hysterical atmosphere in which the Congress was held, orchestrated as it was by revengeful ex-Communists’… Supporting the idea of ‘tolerance’, they were repelled by the delirious applause that greeted speeches calling for war against the Soviet Union.”

According to Frances Stoner Saunders, author of The Cultural Cold War: The CIA And The World of Arts and Letters:

“Hugh Trevor-Roper was appalled by the provocative tone… ‘There was a speech by Franz Borkenau which was very violent and indeed almost hysterical. He spoke in German and I regret to say that as I listened and I heard the baying voices of approval from the huge audiences, I felt, well, these are the same people who seven years ago were probably baying in the same way to similar German denunciations of Communism coming from Dr. Goebbels in the Sports Palast. And I felt, well, what sort of people are we identifying with? That was the greatest shock to me. There was a moment during the Congress when I felt that we were being invited to summon up Beelzebub in order to defeat Stalin.’”

Warnings by both Trevor-Roper and Ayer would go unheeded and the CCF would go on to co-opt generations of Europeans and Americans with a covert totalitarian cultural narrative that most would be deceived into believing was a product of the West’s genuine free expression.

Working alongside Beelzebub in the late 1940s and early 1950s were a number of old familiar faces from the far right wing of European politics, bent on reviving a form of Austro-Hungarian Empire including its heir apparent Archduke Otto von Habsburg and the (PEU) Pan European Union’s President for life, Count Richard Coudenhove-Kalergi.

In 1949 Habsburg founded the hard right wing Centre for European Documentation and Information (CEDI) with the intention of breaking the political isolation of Franco’s fascist Spain. In 1948 a rival group to PEU known as the European Movement, the EM was established with CIA assistance to work toward the creation and integration of a United Europe along strictly anti-communist lines.

With the help and guidance of the CIA on September 25th 1952, a high level undercover organization of powerbrokers known as the Bilderberg Group which included Netherlands Prince Bernhard, French Prime Minister Antoine Pinay, Italian Prime Minister Alcide de Gaspari, American banker and globalist George Ball and CIA Director General Walter Bedell Smith, quietly came into existence. Numerous questions have arisen about the true purpose of the Bilderberg Group, its role as the world’s most influential forum, its aristocratic bent and its supposed One World Government agenda. Antoine Pinay had been part of Vichy France’s collaborationist government; banker George Ball believed the nation state itself  had already become obsolete and the world better off run by as an East India Company-style corporation; Prince Bernhard profited from his various Nazi affiliations, before during and after the war.

But none of this controversy was enough to halt its ongoing meetings, and it continues to be the place where the elite’s elite gather once each year to manage their ongoing takeover of the planet.

While media attention focuses on Bilderberg, little to no attention has ever been focused on an even more select group organized within it that may have played the deciding role in connecting Europe’s pre-World War II fascist movements to today’s drumbeat for war with Russia.

The Pinay Cercle and its Fascist Roots

That a small elite circle of European aristocrats, bankers, politicians and top military/intelligence officials should have secretly met after World War II to plot the future of the world should come as no surprise at this late date. The United States has no less than 17 intelligence agencies that operate in secret and those are just the ones we know about.

The American public has no awareness of what these agencies do and the unseen power they represent as an unelected, second government. That an elite Bilderberger like David Rockefeller should claim he did not learn about this elite circle’s existence until 1967 and then expressed shock by its “ultra-right wing” makeup should be a wakeup call to all Americans that things are not what they appear to be. Rockefeller writes in his memoirs:

“Bilderberg overlapped for a time with my membership in a relatively obscure but potentially even more controversial body known as the Presenti group. I had first learned about it in October 1967 when Carlo Presenti , the owner of a number of important Italian corporations, took me aside at a Chase investment forum in Paris and invited me to join… It was a select group, he told me, mostly Europeans… Jean Monnet, Robert Schuman, and Konrad Adenauer were founding members… Antoine Pinay, a former French President; Giulio Andreotti, several times prime minister of Italy…Otto von Habsburg claimant to all lands of the Austro-Hungarian empire… and Jean-Paul Leon Violet, a conservative French intellectuel.”

Rockefeller goes on to recount how Presenti’s small group, actually known as the Pinay Circle or just Le Cercle, met three times a year and was occasionally joined by Henry Kissinger when meeting in Washington.

“Maître Violet, who had close connections with Deuxième Bureau of the Service des Renseignements (the French CIA), provided lengthy background briefings. Using an overhead projector, Violet displayed transparency after transparency filled with data [supposedly] documenting Soviet infiltration of governments and supporting his belief that the threat of global Communist victory was quite real.”

Rockefeller found the discussion group fascinating, but also found their overtly Fascist politics and paranoid talk of a growing “Red Menace” to be highly unbelievable. After being alerted by his fellow associates at Chase that his membership in this high level group “could be construed as ‘consorting with reactionaries,’” he withdrew.

But with the war in Vietnam showing no sign of progress, and with the January 1968 Tet offensive about to demonstrate the Pentagon’s hopeless incompetence, the old Fascist network of pre-World War II anti-Soviet alliances was about to make a very big comeback.

Key to that comeback was one time Le Cercle chairman and British agent-provocateur Brian Rossiter Crozier and his protégé Robert Moss. At the request of the CIA and MI6, Crozier had taken over the CIA’s propaganda outfit Forum World Features (FWF) in 1965, and by 1966 had privatized it to maintain its cover as a one of the CIA’s most prolific and successful propaganda outlets.

Despite being exposed in Ramparts Magazine in March 1967, FWF would continue on for 8 years during which Crozier would spawn a second CIA/MI6 venture known as the Institute for the Study of Conflict  (ISC) in 1970.

With the power of an officially sanctioned Institute behind him, Crozier would now to do more than just fabricate and distort news; he would now be able to create unsubstantiated “proof” of the Cercle’s right-wing claims of Soviet penetration and infiltration. And when approached by the Cercle’s Carlo Presenti to “study” the problem of détente, Crozier would begin a decade of preparation for realizing a long sought goal of Europe’s pre-World War II Fascist elite – the rollback of Soviet power and the delegitimization of socialist, nationalist and even moderate Western democratic regimes, including the United States.

The Institute for the Study of Conflict would not just issue reports to the West’s elites supporting the Cercle’s “Red Menace” fantasies. ISC and its Washington-based sister organization WISC, would create the necessary false perceptions to justify action.

Throughout the 1970s and 80s, Crozier’s right-wing Red Menace propaganda would completely win over the West’s politicized intelligence services. Totally convinced by their own propaganda that the Soviets were a growing menace, they would completely miss the ongoing dissolution of the Soviet Union, and in the end be taken by complete surprise upon its collapse in 1991.

Please join us again in September for the conclusion to our multi-part series when we resume with the final installments detailing how events created by national security advisor Zbigniew Brzezinski during the Carter administration, opened the door for a globalist/syndicalist takeover under the cover of American Empire – a takeover in the works since the collapse of the Habsburg Empire in 1918.