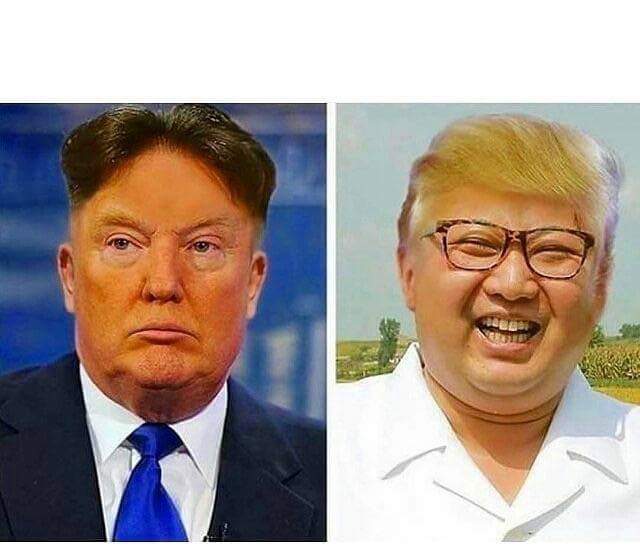 Pundits need to rethink the world now more than ever.

Fifty years ago the New York Review of Books published an essay by the prolific intellectual, Professor Noam Chomsky, titled the “Responsibility of Intellectuals.” Chomsky defines the responsibility of intellectuals as a moral imperative to criticize lies and expose the truth; his essay was inspired by articles published by Dwight Macdonald after the Second World War which questioned to what extent the German and Japanese public were to blame for the atrocities of their own governments.

Then, rightfully so, Macdonald turns the question back to the reader: To what extent are the citizens of Western democracies liable for their own government’s crimes? To what extent are Americans guilty for the proliferation of nuclear weapons and their sole usage in live combat?

While the average American may receive a pass for their lack of expertise on these subjects, the responsibility of intellectuals, journalists, analysts, and policy makers cannot be overstated. With terminal threats such as climate change and the growing probability of nuclear war, as well as constant terror attacks all over the world, there is no more pressing time for a reasoned approach to foreign policy than now.

Not soon after the Second World War, the United States had become the world’s most prominent military power alongside the Soviet Union. In what was to become known as the “forgotten war”, a historical crescendo for the popularly denounced Vietnam War, the United States engaged in what can only be described as a genocide in Korea. Historian Bruce Cumings wrote that “we carpet-bombed the north for three years with next to no concern for civilian casualties.”

The U.S. dropped more bombs on the Korean peninsula than the entire campaign against Japan during World War II— 635,000 tons — and 32,557 tons of napalm. In unprecedented terror and destruction that targeted civilian infrastructure, including dams, irrigation systems, and most major buildings, the U.S. killed nearly 20% of the population, or about 3 million people.

Even this was not enough for military strategists at the time: General Douglas MacArthur proposed a plan to drop between 30-50 nuclear weapons in Korea to decisively win the war. No mention of this enters into mainstream academia or the mainstream media who see any response by North Korea as a provocation despite a very well-justified fear of American aggression.

It was not only Asia which felt U.S. imperialism. The U.S.’ regional interventions in the Americas only expanded during the Cold War. In 1986, the United States lost its first case ever before the International Court of Justice and was found guilty of several violations under international law when the Reagan administration interfered in the affairs of Nicaragua. Under the guise of defending democracy and fighting the Soviets and Cubans, the United States engaged in an open terror campaign against the Sandinista government to slow the rate of social reforms and destabilize the democratically elected socialist government.

Many analysts described this preemptive engagement as a means to “put out the spark” before it turned into a wildfire, often drawing comparisons to the rise of Nazi Germany. In the opinion of the Court, Judge Nagendra Singh wrote that the non-use of force “has been the pivotal point of a time-honoured legal philosophy that has evolved particularly after the two world wars of the current century,” and that “there is also the key doctrine of non-intervention in the affairs of States which is equally vital for the peace and progress of humanity.”

Though other means existed to pressure the Sandinistas into U.S.-friendly policy, such as supporting the opposition in the 1984 election, the U.S. encouraged opposition leaders to drop out of the election and continue their militant campaign.

Carrying the same strategy that led to Latin America’s devastation, the U.S. began an all-out war against progressive movements in the Middle East. In an opinion written to Politico titled “Why the Arabs Don’t Want Us in Syria”, Robert F. Kennedy Jr. argued that the Arabs do not hate Americans for their values; they hate Americans for betraying their values for economic gains. Think tanks and lauded analysts have a very hard time distinguishing between national interests and national security.

For example, Ramzy Mardini, a prominent analyst and fellow at the Atlantic Council, wrote an editorial to the New York Times on September 27, 2016, titled “Don’t defeat ISIS, Yet” arguing that the U.S. should postpone operations to fight the Islamic State in Iraq because it would push Iraq closer to Iran. Echoing this, prominent analyst Thomas L. Friedman wrote that “In Syria, Trump should let ISIS be Assad’s, Iran’s, Hezbollah’s and Russia’s headache — the same way we encouraged the mujahedeen fighters to bleed Russia in Afghanistan.”

The very same historical comparison drawn by Friedman resulted in the creation of Al-Qaeda which eventually led to the death of nearly 3,000 Americans. Naturally, this suicidal policy persuasion entertained by analysts has led to a confused and contradictory policy in Syria and elsewhere; especially in the case where three U.S. allies all engaged each other in Northern Syria where one is a NATO member, one is a Pentagon-backed group tasked with fighting ISIL, and another is a CIA-backed group tasked with fighting the Syrian government.

Aside from fighting each other, these terrorists have now come home to roost. The opinion that funding extremist groups abroad results in terror at home is now no more conjecture than saying that two plus two equals four. As has now been exposed, the Manchester bomber, Salman Abedi, was linked to U.S.-backed extremists who were involved in the overthrow of Colonel Muammar Qaddafi in 2011. Following Qaddafi’s murder, hipster site VICE gloated that “Today, Gaddafi is spelled D-E-A-D”, and then shrugged off a report that Al-Qaeda planted its flag in Benghazi with #uhoh.

Meanwhile, mainstream commentators fulfilled their imperial duty. Thomas L. Friedman wrote in 2011 on the Libyan revolution that “I hope Qaddafi’s regime collapses like a sand castle [and] that the Libyan opposition turns out to be decent and united.” While the overthrow of Qaddafi was quick and decisive, Libya has now been reduced to a ring of military juntas and warlord-held territories, as well as an incubator for jihadists.

Yet somehow analysts believe it is better today, including Shadi Hamid, a senior fellow at the Project on U.S. Relations with the Islamic World at the Brookings Institution, who wrote on April 12, 2016, that “The country is better off today than it would have been had the international community allowed dictator Muammar Qaddafi to continue his rampage across the country.”

Calls for more American expansion and more American dominance are the symptoms of a policy discussion that only sees nails where the U.S. is a hammer. Somehow obvious failures are construed as models for the future; history continues to repeat itself in this cycle. Yet with so much criticism, intellectual rings continue to subject themselves to the same groupthink and cannot introspect.

After decades of war and intervention, the U.S. has created innumerable quagmires and pundits continue to call on more “American leadership” around the world like “dogs returning to vomit”, as former U.K. Ambassador to Syria, Peter Ford, would call it. The U.S. is a country which claims to lead with values pertaining to democracy and human rights, yet acts in plain self-interest at every turning point in the nation’s history.

Self-interest, however, is to be understood as the interest of a very small, privileged class of Americans. After all, they are the ones who can move policy. Because of this, what would appear to be an obvious failure is a great success because goals and aspirations vary greatly between America’s classes: the very wealthy, their minions, and everyone else. Where the majority might see terminal destruction, terrorism, and a lack of prosperity as undesirable—America’s elites reap massive rewards from endless war and conquest.

For example, while the Iraq War may have cost trillions of dollars and depleted the public coffer, this tax burden was passed on to the majority of Americans while tax cuts fattened the wallets of the wealthy that advocated for Iraq’s invasion. As expected, large corporations benefited greatly from the war— military contractors profited, financial firms invested in military contractors won big, and oil companies cashed in.

To be more concrete: Donald Trump’s threat of “fire and fury” against the Democratic People’s Republic of Korea, which will no doubt cost millions of lives, will greatly benefit multinational corporations. Trump’s second target, Iran, is now being openly targeted despite no evidence of aggression. The great Henry Kissinger, a foreign policy wonk that has led discussion for decades, is now advocating for holding off on ISIS so that an “Iranian radical empire” will not rise from the ground.

Priorities could not be more clear. North Korea’s access to trillions of dollars of mineral resources is no coincidence, and neither is Iran’s great oil wealth. It is this predatory ideology, and the people who do not challenge it, especially those who have the ability to and choose not to, which can be blamed for America’s murderous history. And to take a page out of the imperial apologist’s playbook from the Battle of Aleppo— someone needs to do something about this blatant misinformation before its too late.