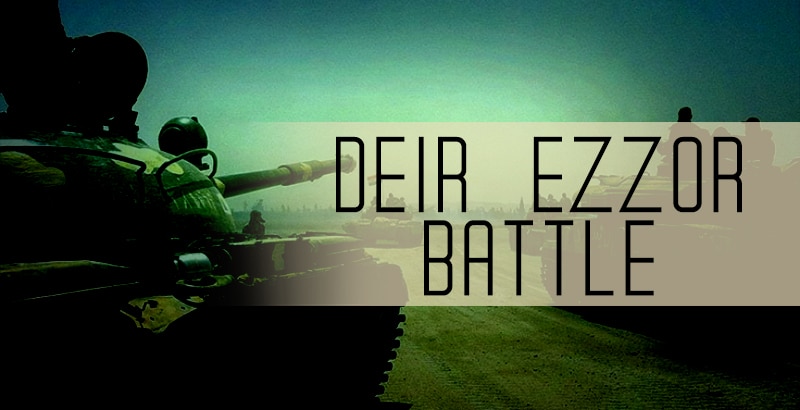 Government forces have lifted a 3-years long ISIS siege from the city of Deir Ezzor, according to pro-government sources.

If it’s confirmed, the next SAA goal will be to establish a full control over the Sukhna-Deir Ezzor highway and to liberate the entire city.

ISIS responded to the SAA advance with launching multiple attacks against government forces positions inside the city. Separately, the terrorist group deployed large reinforcements to al-Mayadeen preparing for a large attack in the Deir Ezzor area.

The only ISIS chance to counter the SAA advance is to bring off a successful battle using prepared fortifications inside and around Deir Ezzor and to conduct multiple raids against SAA supply lines using car bombs and technicals.

In other cases, ISIS days in Deir Ezzor city are numbered.

In eastern Hama, the SAA and its allies liberated the key town of Uqayribat and some nearby points after a series of intense clashes with ISIS terrorists. Now, government forces are working to clear the entire pocket.

The Syrian military has deployed at least one Russian TOS-1 heavy flamethrower system in order to strengthen the defense of Aleppo city.

The military is actively preparing for possible attacks of Hayat Tahrir al-Sham (formerly Jabhat al-Nusra, the Syrian branch of al-Qaeda) and its allies from the so-called moderate opposition.

The SAA is now deeply involved in a large-scale anti-ISIS operation in Deir Ezzor province. Hayat Tahrir al-Sham may use this for launching an attack against government forces at some front in the province of Aleppo or Hama.