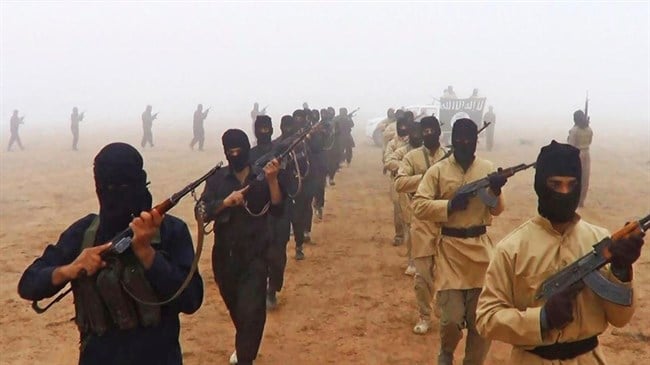 Undoubtedly, Daesh has been one of the most dangerous and most complex terrorist groups which have reared their ugly head in the Middle East over past years. Daesh is still carrying out terrorist activities despite the resistance of the Iraqi and Syrian armies and people, as well as the formation of global and regional coalitions against it.

It seems that Daesh was established to fulfill the goals of arrogant powers. Ironically, the future advances of the terror group depend on the approaches that the West adopts in the region.

Edward Snowden, former US Central Intelligence Agency employee, admitted that the US, British, and Israeli intelligence agencies had a role in creating Daesh.

Citing leaked documents, he believes that Daesh was created to attract extremists from around the world to use them against countries that are opposed to Israel’s occupation of the Palestinian land.

Hence, it is necessary to devise plans to counter the threats that Daesh poses to global peace and security and identify the countries that it wants to target in the future.

No one can surely predict what action Daesh will take in the future. As a result, experts consider the likely plots that the terrorist group may hatch in the future.

In fact, different factors, including regional developments, the approaches of Western states and new coalitions can impact Daesh’s fate.

These factors are taken into consideration to predict the terror group’s moves in the future.

Daesh is a terrorist group which is a great menace to the world.

Hence, all countries, particularly the Islamic ones, must become united against Daesh, which is carrying out its terrorist activities under the name of Islam.

The Takfiri group which is suffering a complete defeat in Iraq and Syria could relocate its terrorists to other Islamic countries, to establish a so-called caliphate. Libya and Afghanistan could be Daesh’s next targets.

Daesh could also consider another scenario to relocate its terrorists to Central Asia or the Caucasus to set up its so-called Islamic State.

Although Daesh is being dislodged from Iraq and Syria, its ideology continues to spread in the Middle East and North Africa. This ideology is nurtured by Wahhabism which is being supported by certain regional nations which have close ties with Western states.