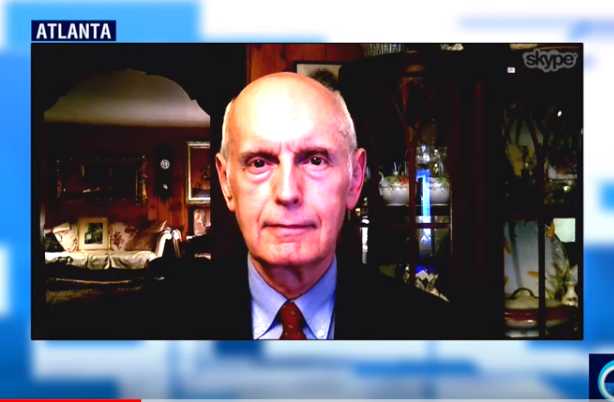 [ Note: The current Syrian Arab Army offensive is a wonderful display of combined operations, good target Intel over a fluid battlefield, with artillery, air power… both fighter bombers and helicopters, supporting infantry and armor on the ground.

In the open desert battlefield, all ISIS defensive positions are easy to spot and attacked prior to the infantry having to deal with them. They actually are not being engaged that much offensively, but moving in after ISIS has been knocked out to secure territory and prepare counter attacks, which they know will be coming.

Their job is to wipe out more ISIS fighters in these counter attacks so they do not make it back to the city to fight behind their human shield hostages there.

But what has really helped to reduce SAA casualties and defeat these counter attacks is their learning how to defeat the VBIED attacks, especially the “stacked up” ones, where the first one is sent in to use up the anti-armor missiles defending the position, and then one, two or three more follow it in. In the past, Syrian troops have broken and retreated when getting hammered in a stacked VBIED attack like this.

Now we see Coronet missiles all over the front lines, and lots of them. The newest version can hit a stationary target at 8km, and a moving one at 5km. Over this open desert battlefield they are the most important weapon. You can assume that the Russians are field-testing these extensively now to test how good they are, and yes, both Russian and Syrian crews will be manning these.

The big question now will be, as ISIS is pushed back from Deir Ezzor, where are they planning to retreat to where they will have basing and logistics supplies to carry on the fight? Incredibly, Iraq is planning to pile 40,000 Iraqi troops into its next town-clearing of only 1000 to 2000 ISIS jihadis. This is a huge waste of manpower.

The reason for it seems to be that Abadi wants as many military units to have credit in another victory for unit morale and political purposes. What he needs to do – and it will be a serious mistake if he does not – is peel away 20,000 troops from that attack and get them on the Syrian border ASAP in a classic anvil maneuver, so retreating ISIS people cannot cross over into Iraq.

Even better, Abadi should move a two-division force into Syria, with Damascus’ approval, to secure the large oil fields there so the Kurds do not get them and use them as a huge bargaining chip in future autonomy talks, were possession is nine-tenths of the law, and more so when you have US coalition air cover.

After all the fighting and carnage, to screw things up right at the end would spoil the victory. If I were in charge, I would instantly relieve any commanders involved in letting this happen. Both Syria and Iraq are going to have problems enough with an ongoing guerrilla war, plus the terror bombing campaign that has never stopped in Iraq. To allow ISIS to retreat in good order would be dereliction of duty at this crucial point in the war… Jim W. Dean ]

The Syrian army is about to break the siege of the Daesh terrorists on the city of Dayr al-Zawr. Government troops have launched an assault from two directions, recapturing the town of Kabajeb south of the city. The Syrian forces are now only three kilometers away from Dayr al-Zawr.

Reports say the residents, who have endured Daesh’s self-proclaimed rule for three years, have already begun to celebrate the army’s advances. Daesh commanders have reportedly fled the city and left the local members of the terrorist group behind.

Dayr al-Zawr’s governor says nearly 70-thousand people are trapped inside the city and arrangements have been made to deliver aid to them during the offensive. Dayr al-Zawr lies in northeastern Syria close to the Iraqi border. It’s been occupied by Daesh since 20-14. The terror group has suffered major losses recently.