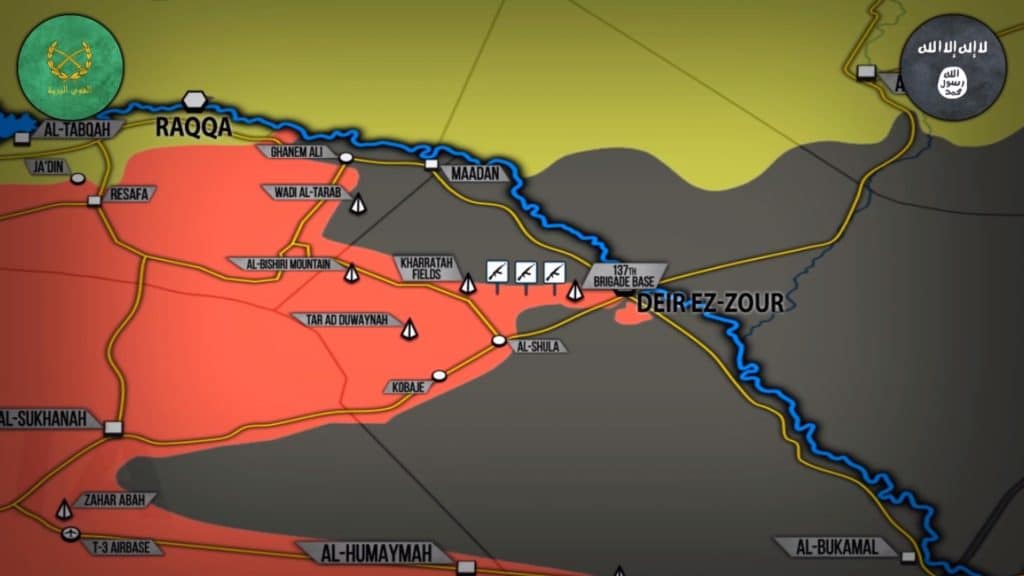 The Syrian Arab Army (SAA) Tiger Forces have repelled an ISIS counter-attack at the Sukhna-Deir Ezzor highway and established full control over the Sohlah area following intense fighting with terrorists.

Government troops entered the Sholah and Kobajjep areas last weekend. However, the SAA gained full control over these sites only on Monday after all ISIS counter-attacks had been repelled.

At the same time, intense fighting continued between Kharratah fields and the 137th Brigade Base where the Tiger Forces established a link to the part of Deir Ezzor controlled by the Republican Guard.

The Russian Aerospace Forces have increased airstrikes against ISIS terrorists in and near Deir Ezzor city.

Two Russian military servicemen were killed as a result of ISIS mortar shelling in the Syrian province of Deir Ezzor, the ministry also said on Monday.

The ministry added that the servicemen were escorting the motor convoy of the Russian center for reconciliation. No information of when the incident took place was provided.

Some experts link the major SAA gains against ISIS in central Syria with the increased Russian involvement.

The YPG added that the SDF also destroyed “a workshop for improvised mines, a factory for the preparation of bomb-laden vehicles, 3 military vehicles, downed a drone, and discovered 3 underground tunnels. Only 101 Kurdish fighters were allegedly killed during the clashes. However, this number is likely an overestimate ISIS casualties and an underestimate of SDF casualties.

Last weekend, the SDF re-captured Moroor district from ISIS in the southern part of Raqqah. Now, it is able to focus on battling ISIS in the city center.