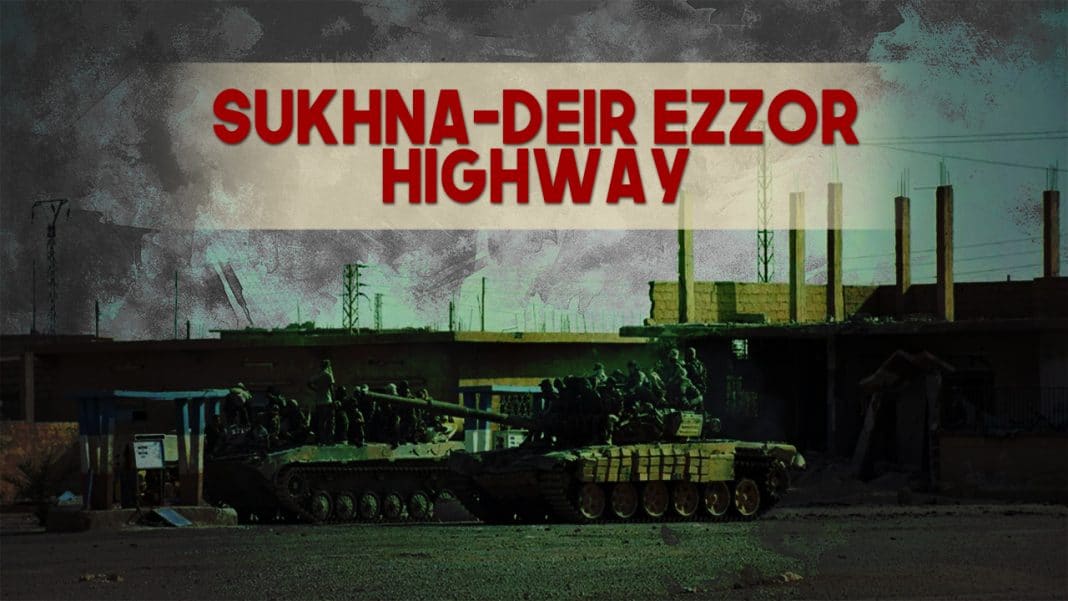 The Syrian Arab Army (SAA) and its allies have liberated Abu Dali, Masud, Abu Rimal, Hamadat al Amr, and Al Marami from ISIS in the eastern Hama countryside. Now, clashes are ongoing in the vicinity of Suhah.

The Russian Aerospace Forces have conducted 329 strikes, destroying 27 armored vehicles, 48 pickups mounted with heavy weapons, and over 1,000 militants during the operation in the area of Uqayribat, the Russian Defense Ministry reported.

In Deir Ezzor province, the SAA has repelled all ISIS counter-attacks and secured a corridor to the provincial capital. Government forces have also continued their efforts to secure the Sukhna-Deir Ezzor highway and the western part of Deir Ezzor.

Separately, a humanitarian operation has been launched in order to deliver all needed aid to civilians in the city.

On September 5th, representatives of the Free Syrian Army (FSA) groups in Eastern Qalamoun signed an agreement with Syrian and Russian officials to establish a de-escalation zone in the Rif Dimashq Governorate. The de-escalation zone includes al-Dumayr, al-Ruhaybah, Jayrud, al- Mansoura, and al- Nasiriyah, as well as the Mansoura and al-Mughr mountain areas. The Russian Military Police will be deployed around the zone and a mechanism for humanitarian aid deliveries will be established in the area.

According to the Russian Defense Ministry, the goal of the zone is to prevent provocations and clashes between the FSA and the SDF. Chief of the Main Operational Directorate of the Russian General Staff, Colonel General Sergey Rudskoy said that the SAA deployed in the area and that the SDF left it.

The SDF, backed up by the US-led coalition, continued clashing with ISIS in Moroor and Nahdah districts in the southern part of Raqqah city. Some 47 ISIS members were reportedly killed in the recent clashes.