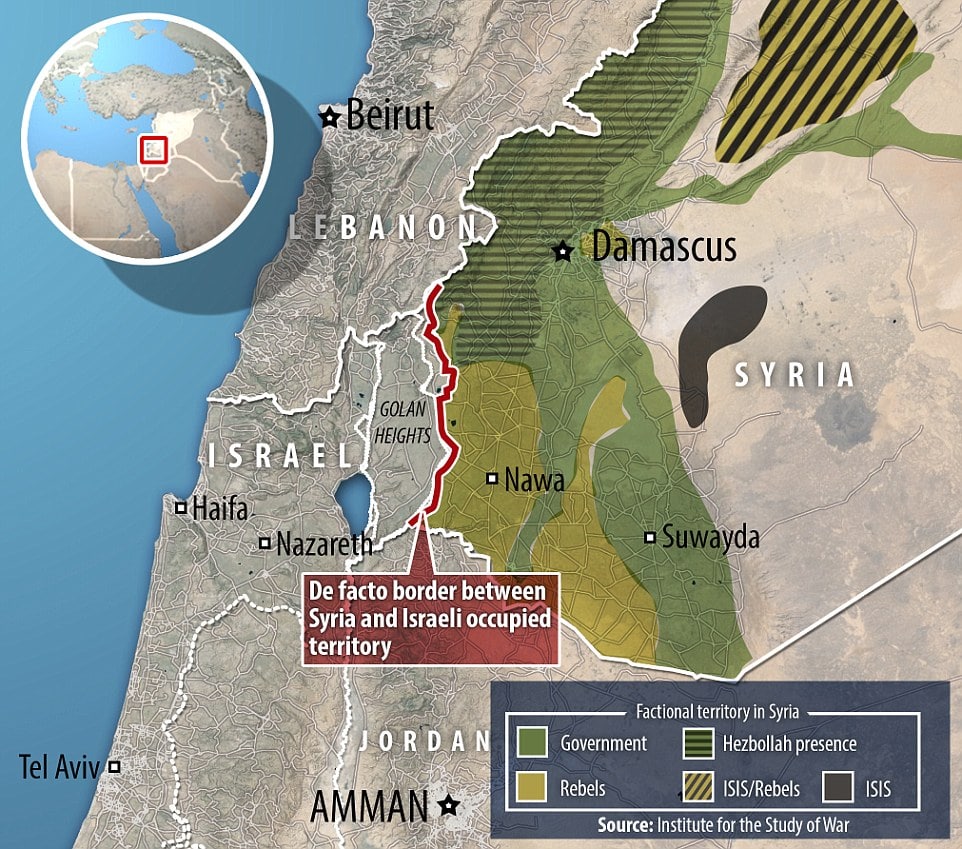 It is now widely acknowledged that the Israeli regime lost the Syrian war. The United Nations obviously didn’t want to say it explicitly because that would get them into trouble, but they have made it clear that the so-called Syrian rebels, which Israel and the United States were supporting since the beginning of the Syrian war, have lost the protracted battle.

“For the opposition, the message is very clear: if they were planning to win the war, facts are proving that is not the case. So now it’s time to win the peace,” said UN peace talks mediator Staffan de Mistur.[1]

De Mistur, however, will not give credit where credit is due because that would almost certainly ruin the Zionist ideology in Syria. De Mistur will never declare publicly that Russia, Iran, and even Hezbollah helped defeat ISIS in the region. He will never say that both Israel and the United States ended up supporting ISIS in Syria.

If he actually comes out and makes such a declaration, it would invariably prove that Iran and Hezbollah are not that bad after all. That would also prove that de Mistur would be attacking Benjamin Netanyahu himself, who keeps positing ad infinitum that Iran is a terrorist state which seeks to obliterate Israel. Netanyahu has also poisoned many politicians in the West, most specifically politicians in the United States, with his vitriol. With respect to Iran, Nikki Haley, one of the Zionist prostitute in the Trump administration, has recently declared that you cannot put lipstick on a pig.

Can you imagine any Middle East leader using that type of language and getting away with it? Wouldn’t the Zionist media beat the masses over the head saying that we ought to bomb that particular country?

But Haley and other NWO puppets think that they can say crazy things and get away with. Obviously it is because no one is holding the Zionist Kingdom accountable. The Kingdom always seeks blood, and it will never be satisfied until the world falls down.

If you think this is categorically false, consider Caroline Glick of the Jerusalem Post. She has recently declared that

“If the previous round of this confrontation earlier this summer revolved around Pyongyang’s threat to attack the US territory of Guam, Sunday’s test, together with North Korea’s recent tests of intercontinental ballistic missiles capable of reaching the continental US, was a direct threat to US cities.

“In other words, the current confrontation isn’t about US superpower status in Asia, and the credibility of US deterrence or the capabilities of US military forces in the Pacific. The confrontation is now about the US’s ability to protect the lives of its citizens.”[2]

How crazy can it get? Does this woman really think that North Korea would be attacking US citizens without a provocation at all? China has made it very clear that it will not be on North Korea’s side if they happen to attack first. And no country, as far as the research shows, is interested in siding with North Korea if it happens to attack first.

You see, New World Order agents don’t make any sense at all. Since they are interested in destruction and chaos, they have no choice but to project an essentially diabolical ideology on the entire planet. But since they do not understand how practical reason works, they do not realize that every wicked step they take gets them closer and closer to their eventual doom.