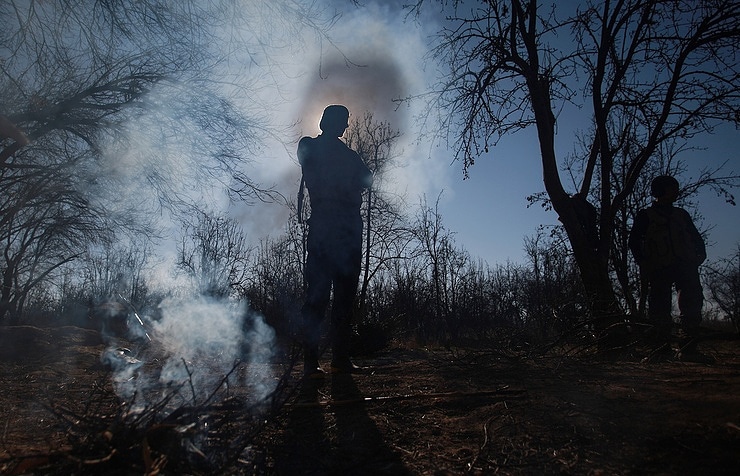 “We share France’s concern over the possibility that terrorists may flee from Syria to Europe, Asia or Russia, and start stirring up new threats,” he said. “Terrorists must be obliterated, none should be allowed to escape,” the Russian top diplomat added.

Russia and France believe that there are signs of tangible progress in negotiating a Syrian peace deal, according to Lavrov.

“We feel there are signs of a rather tangible progress. Three de-escalation zones are operating – in southwest, in Eastern Ghouta and in the north of the Homs Governorate.

“On September 13-15, the sixth round of Syrian peace talks will be held in Astana at which we expect to agree on the fourth de-escalation zone in Idlib. It is the most complicated, so its coordination takes up so much time,” the Russian foreign minister said.

According to the foreign minister, establishment of these zones will provide more possibilities for improvement of the humanitarian situation in Syria. “Help may be provided smoothly to the three established zones already,” he said. “All of this helps both the government forces and the armed groups that signed ceasefire agreements due to establishment of de-escalation zones to focus on tackling the key issue – liquidation of what is left from the terrorist international in the Syrian Arab Republic, first of all the ISIL (the Islamic State), Jabhat al-Nusra (both terror organizations outlawed in Russia – TASS) and other organizations that are recognized as terrorists by the UN Security Council.”

“We share our French counterparts’ concern that terrorists may try to flee from Syria to other countries, including to Europe, Central Asia and Russia, and create new threats there,” the minister continued. “Our position is absolutely clear: terrorists must be defeated. We should not let them escape.” “We agreed on the necessity to urge forward political settlement and help it in every possible way,” Lavrov stated. “We proceed from the fact that a new round of talks in Geneva will be convened soon after the sixth Astana meeting. [UN Special Envoy for Syria] Staffan de Mistura is actively working on it now.

There is also progress there, first of all in constitutional and counter-terrorism issues, and, what is most important, conditions are being created the way it was done in Astana for a clear direct dialogue between the government and opposition delegations.”

The minister reported that the parties also discussed operation of two subgroups of the International Syria Support Group – for humanitarian issues and for security and ceasefire issues. “We, like our French counterparts, are interested in more effective operation of these mechanisms and talked about how to better use for these purposes the possibilities that the current UN Security Council members have together with other states,” Lavrov explained.