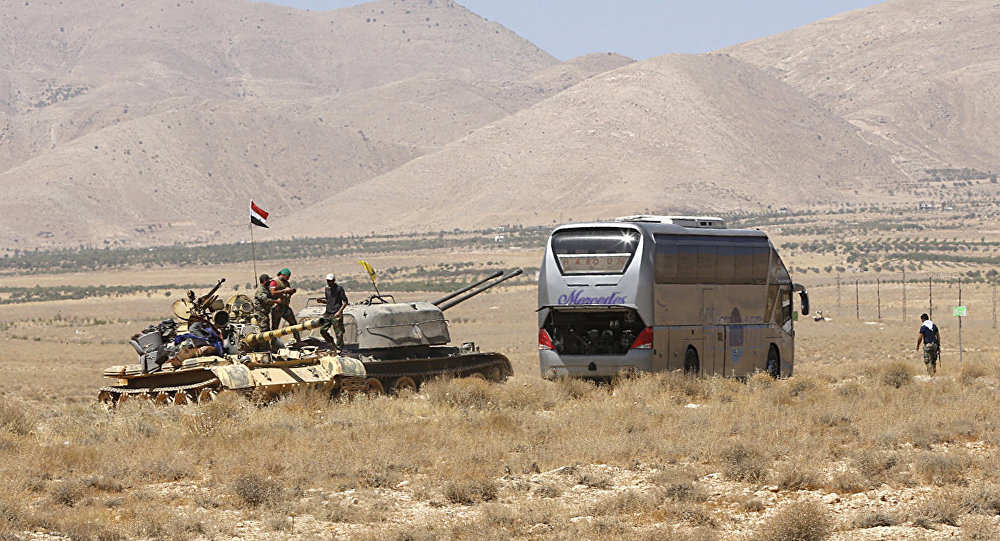 Sputnik/Moscow: Following a request by the Kremlin, US military assets have stopped shadowing a Daesh convoy stuck behind lines of advancing Syrian army troops.

Syrian army troops covering ground in the desert province of Deir ez-Zour in the country’s eastern territories have now outflanked a Daesh convoy that has been stationary for almost ten days, after US jets bombed the roadway and bridges ahead, preventing its escape to regions in Iraq still controlled by the rapidly-dwindling armed extremist faction. 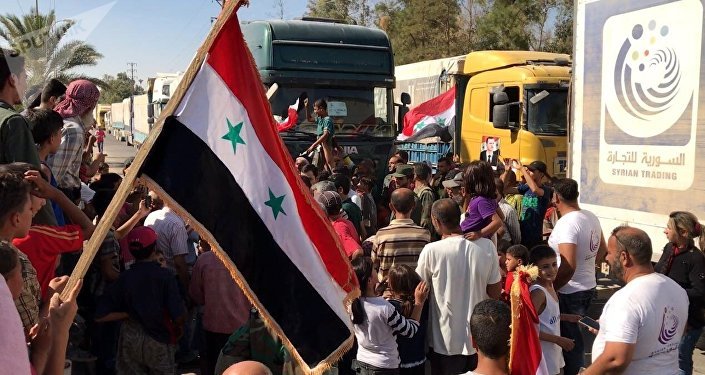 The US-led coalition against Daesh quickly agreed to a request by Russian forces in the region to stop surveillance on the convoy, streamlining efforts between Russian- and US-backed forces to defeat the extremists, according to a report from the Guardian.

A convoy of an estimated 17 buses containing Daesh militants and their families has dwindled to 11, after six vehicles abruptly returned to their starting points as Syrian army troops close in.

Food and water has been supplied by the Syrian army to those stranded in the face-off in the middle of the desert.

There have been reports of individual fighters escaping the convoy under cover of darkness, even as the noose tightens around the remaining fugitives. An estimated 85 Daesh fighters have been killed attempting to escape from the convoy, according to a US spokesperson.

US military statements assert that no attacks on the convoy have been made in light of the presence of women and children, cited by Stripes.com.

The Pentagon, while declaring its intention to prevent escaping Daesh fighters from reaching safe havens in Iraq, has shifted responsibility for the safety of those in the convoy to the Syrian government.

“From the start of this situation on Aug. 29, we have placed responsibility for the buses and passengers on the Syrian regime, who in conjunction with Lebanese Hezbollah brokered a deal with [Daesh] to move its terrorists into Iraq,” according to Army Brigadier General Jon Braga, the coalition’s director of operations, cited by Stars and Stripes.

The Syrian army, with Russian air support, broke a three-year Daesh siege of eastern Syrian territories in the Deir ez-Zour on September 5.