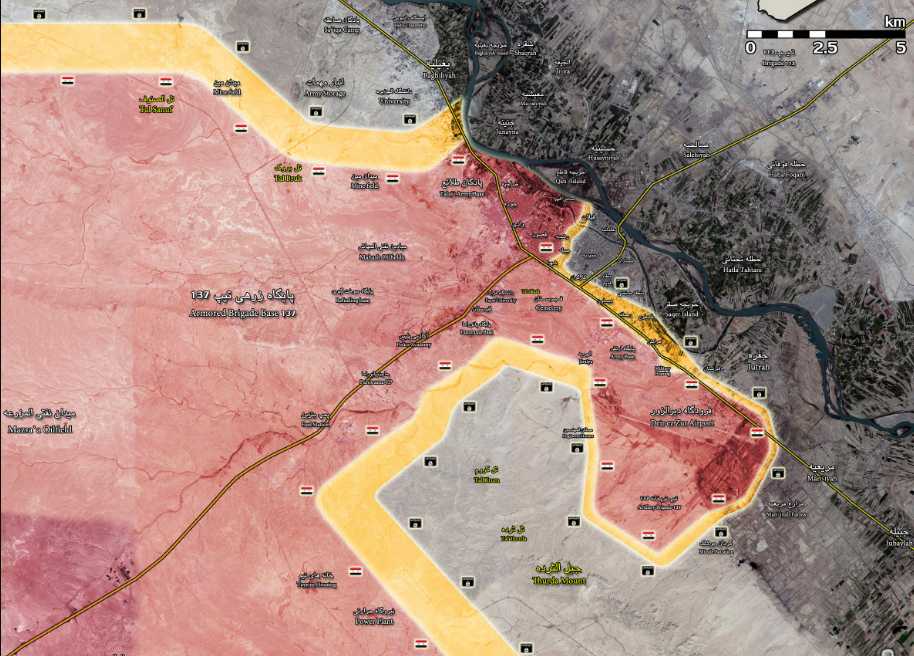 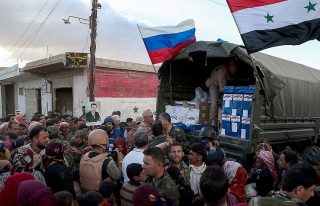 [ Editor’s Note: This is the game-changing day, with the main road open for civilian and military supplies to flow into Deir Ezzor. There is great news below that ISIS is not going to fight for every inch of Deir Ezzor, using its human shield advantage, to make Damascus look bad inflicting a lot of civilian casualties. Those long-suffering people might be spared the Raqqa treatment.

This means that ISIS may be pulling back from the big oil field region on the east side of the Euphrates, a badly needed resource to help fund Syria’s recovery, and one that it might have fought the Kurds over if they had tried to take it. With the US announcing a push from the north into that region, this could still be a cliff-hanger, in terms of whose air cover is going to rule the skies over Deir Ezzor.

The next round of Astana political talks begin next week. Lavrov is already touring Saudi Arabia and Jordan to prep the way to end fighting as quickly as possible, as one of the best ways to force the political process to move along. Like it or not, the opposition parties will be forced to form a unified delegation to negotiate with Damascus.

A visible start to the peace talks will isolate HTS much more, and put Turkey on the spot to shut down its supply lines for ammunition to them, via the Turkish crossings. As fighting begins to wind down, Israeli attacks will become more and more risky for Netanyahu.

Iran is going nowhere. And Damascus is not going to hand over veto power to Israel as to who its military allies are. Israel’s continued air intrusions into Syria are of course going to trigger a desire to defend against such. The attempt to Balkanize Syria, even with proxy terrorists, is clear to see for everyone that wants to.

Damascus has a clear right to defend against any repeat attempts by having the necessary retaliation military power; and the anti-Damascus coalition cannot spin that as an offensive move by Assad. We all know who the aggressors were in this, and so does Israel, the US, Jordan, Turkey and the Gulf States… Jim W. Dean ] 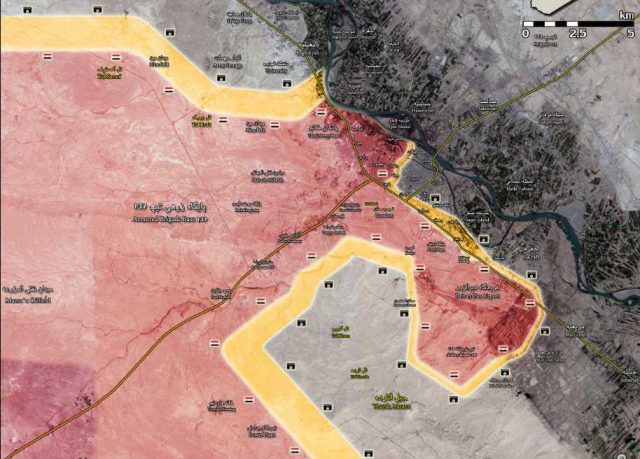 On Sunday, the Syrian Arab Army (SAA) and pro-government Tribal Forces liberated the last part of the Palmyra-Sukhna-Deir Ezzor highway and reached the 137th Brigade base northwest of Deir Ezzor city, according to Hezbollah media wing in Syria. Moreover, the SAA reached the strategic Panorama roundabout and fully captured the Panorama area.

The Al-Sukhnah-Deir Ezzor highway was captured 4 years ago by the al-Nusra Front – now Hay’at Tahrir al-Sham (HTS) – and the Free Syrian Army (FSA). Later, it was seized by ISIS and controlled by the terrorist group for a long time.

ISIS fighters begin withdrawing from their position inside Deir Ezzor city and around it towards al- Mayadin city in the southeastern Deir Ezzor countryside, according to Hezbollah media wing in Syria. Meanwhile, the SAA secured the route to Deir Ezzor Airport and captured the Republican Guards Base and Junaid base. 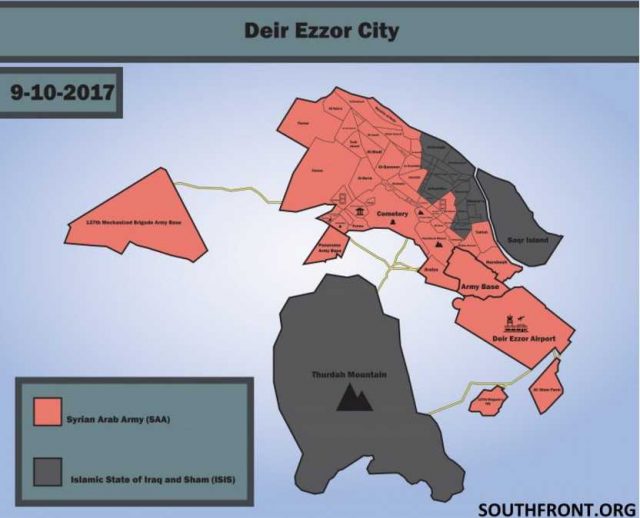 The Hezbollah media wing in Syria also confirmed that the cemetery area and the factories area in the southwestern part of Deir Ezzor city are now under the full SAA control.