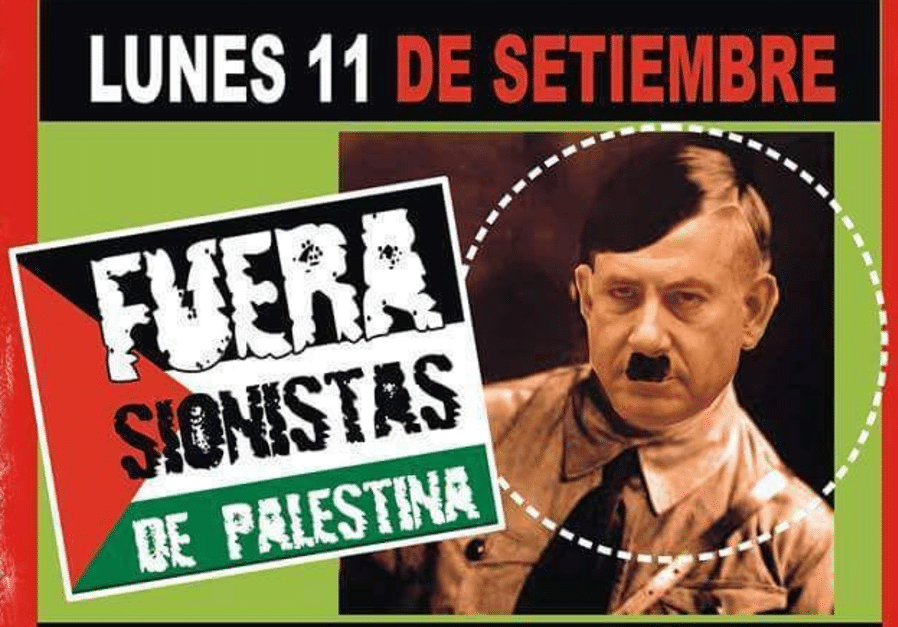 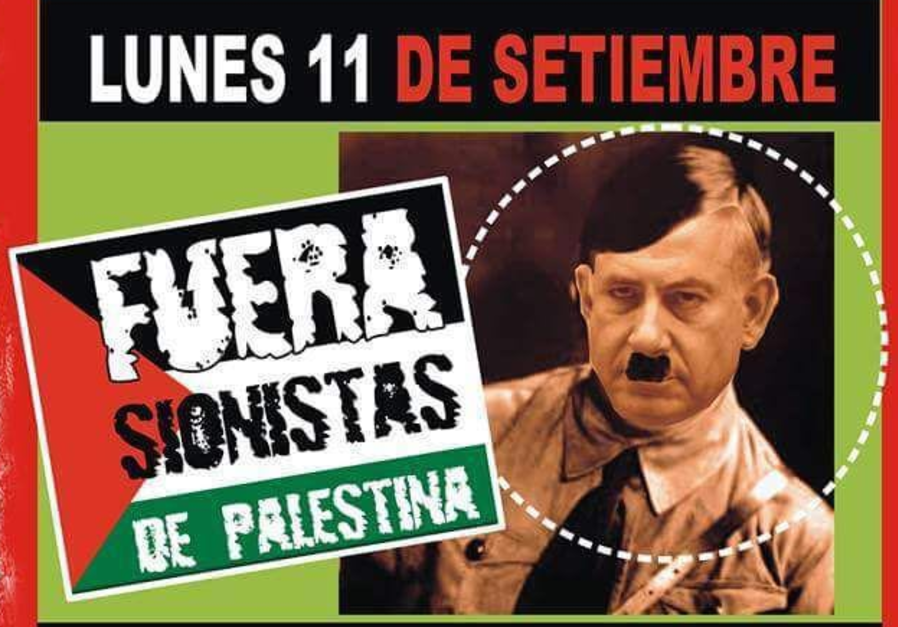 Palestine sympathizers in Argentina have apparently started disseminating posters depicting Benjamin Netanyahu as Hitler ahead of the Israeli PM’s visit to the country.

Local pro-Palestine activists in Buenos Aires have apparently prepared their own brand of ‘warm welcome’ for the Israeli PM Benjamin Netanyahu’s upcoming key visit to Argentina.

A number of posters portraying Netanyahu as Adolf Hitler, the infamous head of the Nazi Germany and person reviled as probably the worst enemy of the Jews, were hanged across the Argentine capital, according to the World Zionist Organization cited by Jerusalem Post.

One of the posters features Netanyahu dressed in Nazi outfit and sporting Hitler’s hairstyle and moustache, captioned “Get Zionists out of Palestine!”

Another poster was fashioned like a wanted criminal notice, accusing Netanyahu of “genocide and crimes committed against the people of Palestine.” 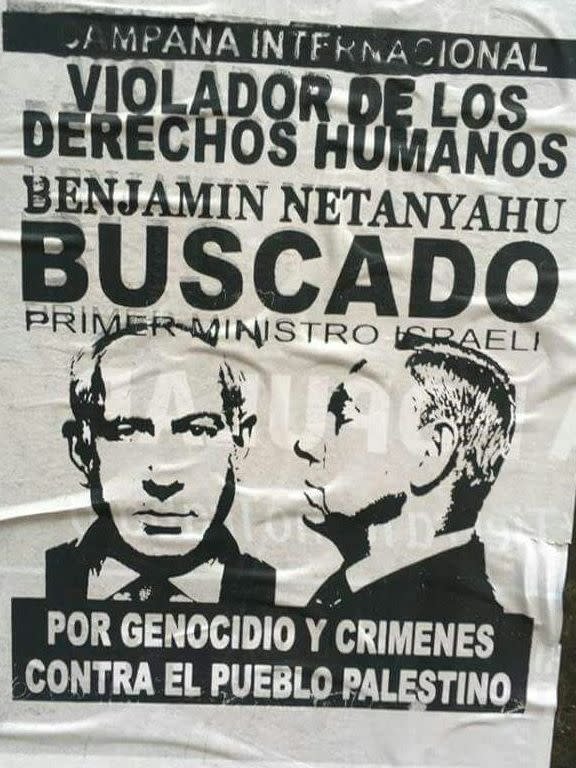 A poster depicting Benjamin Netanyahu as a wanted war criminal

World Zionist Organization Deputy Chairman and Head of Countering Global Anti-Semitism, Yaakov Haguel was not amused by this move, declaring that it promotes antisemitism and stating that his organization “will continue to fight this scourge.”