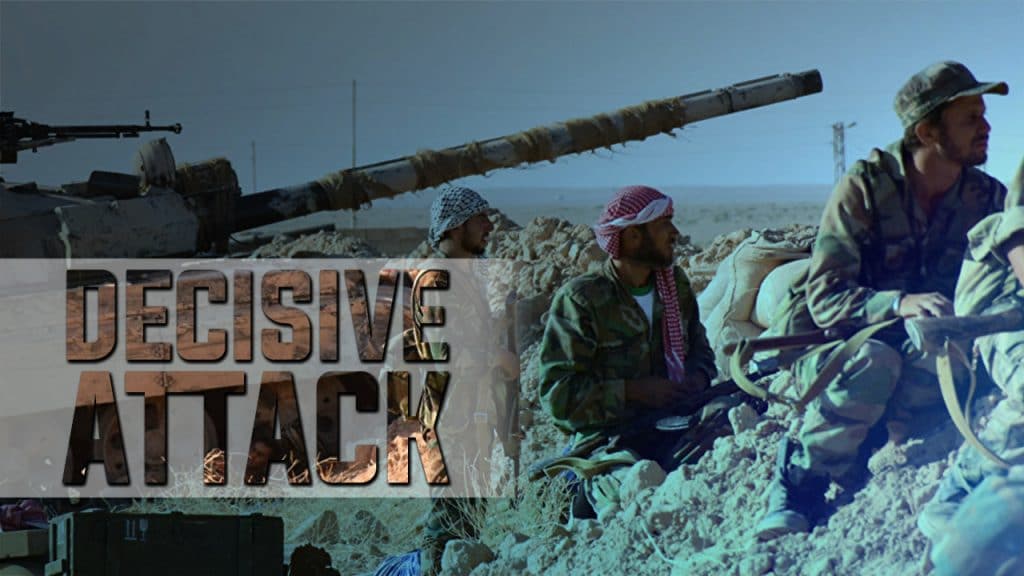 Pro-government forces have achieved a decisive victory over ISIS in the southern countryside of Deir Ezzor city.

On Saturday, the Syrian Arab Army (SAA) TigerForces, the Syrian Republican Guard (SRG) and their allies liberated Maliha village, the Tayyem oil field and reached the Thurda Mountains south of the city. Separately, government troops overrun the ISIS defense in the cemetery area inside Deir Ezzor and established a corridor to Deir Ezzor Airport breaking the ISIS siege on this strategic military facility.

On Sunday, the SAA and its allies seized the Panorama Area and established a full control over the Palmyra-Deir Ezzor highway. Then, they liberated the Thurdah Mountains and pushed ISIS out from their remaining positions south of the cemetery area.

The Hezbollah media wing in Syria announced Deir Ezzor Airport was fully secured and it will be operational again as soon as possible.

According to pro-ISIS sources, the terrorist group killed over 80 Syrian soldiers, destroyed at least two battle tanks and 10 vehicles as well as captured few Anti-Tank Guided Missiles (ATGM) and 2 vehicles belonging to the SAA during the recent clashes. On the other hand, pro-government sources have not provided detailed reports about the alleged ISIS losses since Saturday.

The US-led coalition and the Kurdish-dominated Syrian Democratic Forces (SDF) used the SAA success in Deir Ezzor in order to launch own operation against ISIS in the province.

On Saturday, the SDF announced a start of the “al-Jazeera Tempest” campaign aimed at capturing the entire area north and east of Deir Ezzor city. This means that the SDF seeks to seize the strategic Omar oil field as well as may try to capture some parts of the Deir Ezzor-Baghdad highway cutting off this vital supply line that could be established between Iraq and Syria.

On Sunday, the SDF reached the industrial zone in the northwestern countryside of Deir Ezzor city after re-capturing a number of points in the Khabur river valley with almost no ISIS resistance.

ISIS claimed that its members destroyed a Humvee and a heavy gun of the SDF with ATGMs in al-Kurafi village and conducted a VBIED attack on the SDF in some area 20km north of Deir Ezzor.

The US-led coalition officially confirmed that it provides equipment, training, intelligence and logistics support, precision fires and battlefield advice for SDF units involved in the operation. Meanwhile, sources linked to the so-called Raqqah Civil Council, a body created by the SDF to rule Raqqah, claimed that Major General Rupert Jones, Deputy Commander-in-Chief of the US-led coalition, said that the coalition will not allow the SAA to cross the Euphrates River and even threatened to strike the SAA. These claims have not been denied or confirmed by the coalition.

The second one could easily led to escalation between the Syrian-Russian-Iranian alliance and the US-led coalition.