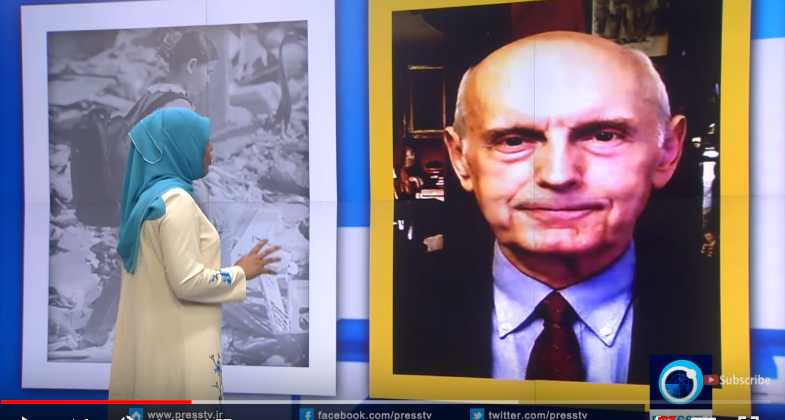 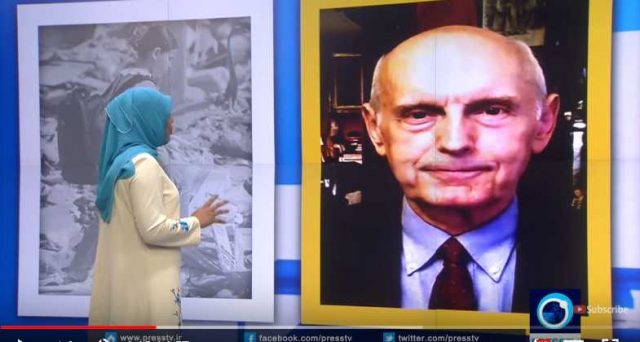 [ Note: You just can’t make this stuff up. The US, after all these years and countless billions, has air-dropped leaflets asking Afghans to report Taliban positions, but used one of the most degrading images for Afghans possible, putting an Afghan face on a dog as it is being lead around by the Taliban.

This is the classic “shoot yourself in both feet” deal. We will never learn, as it seems we don’t want to. So this is another example of why America is not exceptional in the tradition sense. A case could be made for its being exceptionally brazen, rude, aggressive and insensitive.

Sure we give out a lot of money, but much of it with ulterior motives, and all of it now is borrowed money that will be on the backs of our current grandchildren. Nobody lets me give away money that someone else has to pay back. I fear that could be rather corrupting.

The main case I make in this interview is that if the US really wanted to bring peace and stability to Afghanistan, then it would be going after a political settlement with the Taliban, which it is not. So one must assume that it wants the ongoing war to continue.

The biggest reason for the war seems to be that the Deep Staters do not want Afghanistan’s natural resources brought onto the market any time soon. But I think they are fine with the heroin traffic, as they are getting a cut of that unholy pie, year after year.

This all goes back to 9-11, and makes the case as to why it was done, that and our $20-trillion debt now, and whose pockets do you thinks that money went into? They are the number one suspects… Jim W. Dean ]

In Afghanistan, people have rallied against the presence of U-S troops in their country. The rally near the Bagram airbase came after U-S troops spread leaflets that the protesters deemed offensive toward Muslims. The demonstrators set tires on fire and waved placards slamming U-S president Donald Trump.

They said Washington had been bombing Afghans and killing women and children throughout the country. Earlier this month, Trump ordered a troop surge in Afghanistan. The country has been witnessing insecurity years after the U-S attacked it in 20-01.