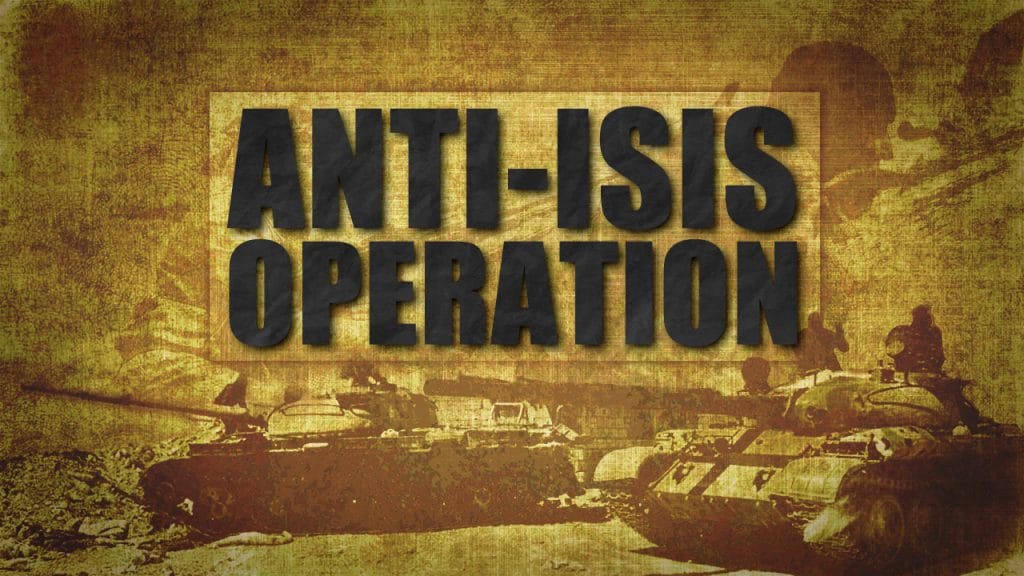 Last night, the Syrian Arab Army (SAA) Tiger Forces, the Syrian Republican Guard (SRG) and their allies fully secured the Baghiliyah area from ISIS northwest of Deir Ezzor city after capturing the missiles base, the Hajjanah regiment, the radio transmitter station, the al-Jazeera university, the Saiqa Camp and the arms depots around Baghiliyah.

Southeast of Deir Ezzor, the SAA captured the Dhamn base and al-Kurum hill and deployed in about 35km from al-Mayadeen city, one of the key ISIS strongholds in the Euphrates Valley.

The Russian Aerospace Forces and the Russian Navy supported the government advance.

Two submarines, the Velikiy Novgorod and Kolpino, have fired seven Kalibr cruise missiles on ISIS targets, including “control centers, communications hubs, the militants’ weapons and ammunition warehouses in the ISIS controlled areas in the south east of the city of Deir Ezzor,” according to the Russian Defense Ministry.

According to local sources, Russian warplanes conducted multiple airstrikes on ISIS units and fortifications in the same area.

On Friday, the SAA and the SRG further advanced in the direction of Ayyash northwest of Deir Ezzor and Abu Amr southeast of the city using a superiority in the firepower.

With this advance, the SDF and the SAA fully besieged ISIS units deployed along the Euphrates River between the southern Raqqa countryside and the northwestern Deir Ezzor countryside. Maadan, At Tibini and Al Karash are the key ISIS strong points in the area.

Pro-government sources believe that no less than 1,000 will-armed ISIS fighters are deployed in this part of the Euphrates Valley. A major part of them is on the government-held bank of the river. This will create additional problems if the SAA and its allies want to push towards the Iraqi border. The ISIS terrorists remaining in southern Raqqah will pose a threat to the rear of the government assault force.

Amaq claimed that 120 civilians including 100 children were killed in an airstrike by the US-led collation on a refugee camp near the village of Jadid A’akidat in east of Deir Ezzor. So far, the mainstream media has ignored these claims and the US-led coalition has not commented on the issue.