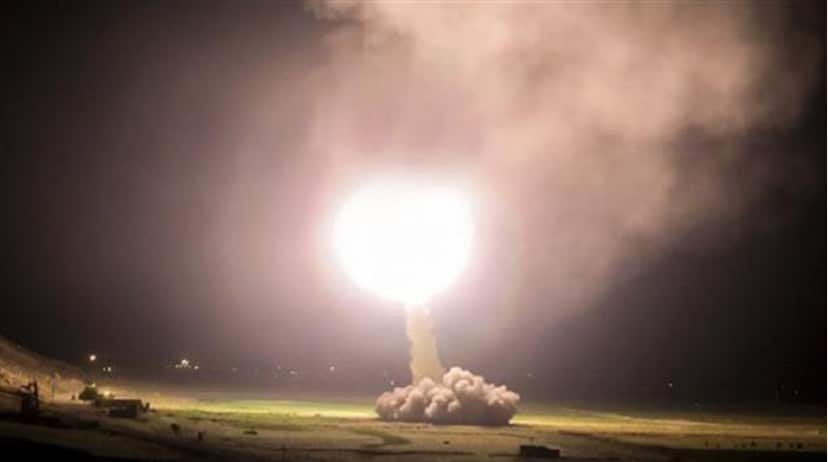 A senior Iranian commander says Iran possesses domestically-made 10-ton “father of all bombs” that dwarfs the most powerful non-nuclear weapon of the US.

“Following a proposal by the Aerospace Force of the Islamic Revolution Guards Corps (IRGC), [Iran’s] Defense Industries [Organization] manufactured a 10-ton bomb. These bombs are at our disposal. They can be launched from Ilyushin aircraft and they are highly destructive,” IRGC Aerospace Force Commander Brigadier General Amir Ali Hajizadeh said in a Friday TV interview.

The commander referred to the ordnance as Iran’s “father of all bombs” as compared with the GBU-43/B Massive Ordnance Air Blast Bomb (MOAB), also known as the “mother of all bombs,” which the US Air Force dropped on tunnels in Afghanistan’s Nangarhar province from an MC-130 aircraft in April.

The MOAB weighs about 22,000 pounds (9,800 kg), and was said to be the most powerful non-nuclear weapon ever designed. It was developed during the US war on Iraq and is intended to target large below-surface areas.

Iran has repeatedly insisted that its military capabilities are solely aimed for defense purposes and they pose no threat to other countries. The country has also been assisting its allies, including Iraq and Syria, in their ongoing fight against terrorism.

In June, the IRGC fired six medium-range ballistic missiles at Daesh targets in northeastern Dayr al-Zawr province in response to a June 7 terrorist attack in Tehran, which killed 18 people.

The IRGC said the missiles killed more than 170 Takfiri terrorists, including a number of commanders and senior elements, and inflicted heavy damage on their equipment and systems.

Washington has on several occasions slapped new sanctions against Iran over its missile program.

The United States claims that Iran’s missile tests and rocket launches violate UN Resolution 2231, which was adopted in July 2015 to endorse the 2015 nuclear agreement between Iran and the five permanent members of the UN Security Council plus Germany.

Iran has strongly rejected the US allegations that it has violated the UN resolution, and insists that its missile tests and rocket launches are solely for defense purposes and not designed to carry nuclear warheads.

IRGC infiltration into US military

Hajizadeh also said that over the recent years, the IRGC has infiltrated into the US military’s command centers and has evidence of their support for Daesh terrorists.

“We have documents showing the behavior of the Americans in Iraq and Syria. We know what the Americans did there; what they neglected and how they supported Daesh,” Hajizadeh said.

If the IRGC is allowed to release those documents, it would bring about more “scandals” for the US, the commander pointed out.

The Americans, among others, “have come to Iraq and Syria to disintegrate them, but what eventually happened was Iran’s will. I see no army in the world to be on a par with the IRGC,” he added.

The US has long been accused of colluding with Daesh to provide safe passage and logistic support to members of the Takfiri group in conflict zones.

The US and its allies have been bombarding what they call Daesh positions inside Syria since September 2014 without any authorization from the Damascus government or a UN mandate.

In late August, the so-called Syrian Observatory for Human Rights said US helicopters had transferred members of the Daesh terrorist group in Dayr al-Zawr province.

The sources speculated that the airlift was possibly meant to transfer US mercenaries fighting alongside Daesh or the terror outfit’s ringleaders who sought to defect.