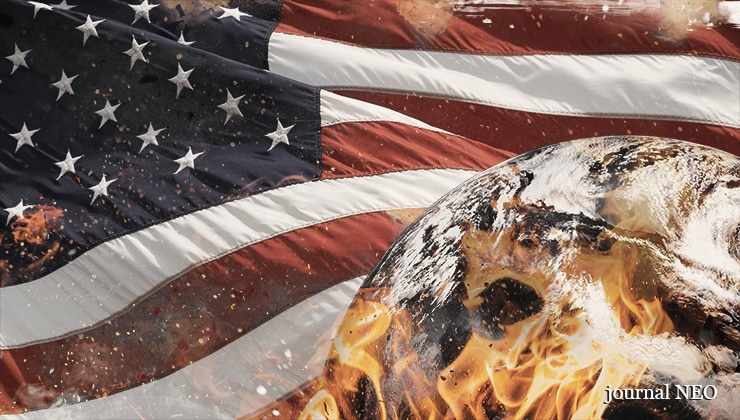 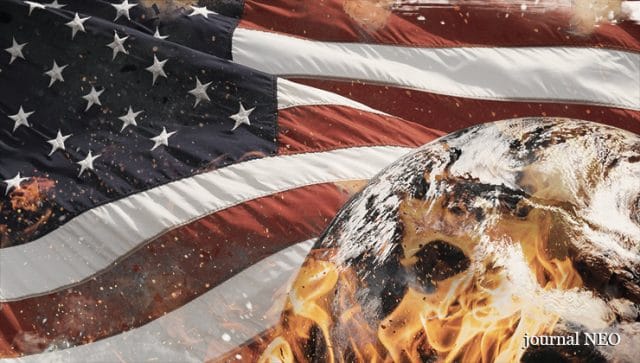 [ Editor’s Note: War is a very cold arithmetic business, both losing and winning.  Phil Butler gives us a front and center seat to hear our top military command give their predictions on how WWIII would turn out, and it is not pretty.

This is all dog and pony show of course for the public. There is the required drama, feigned bluntness, and equivocation, so each speaker can later use those quotes that went over the best with the public.

Silly me, I have always though the military should have a dual goal in war, of course in how to not lose them, and the also how best to not get into them, as history reveals that many past wars were stumbled into, and some with the stupidest reason of all, “It will all be over in six months and we will win.

The Navy had to put training at the top of the list of its concerns, with the US now wining the gold medal for number of collisions this year. With all the computer navigation software and traffic protocols, particularly with war ships, one would think three major accidents in one year would be beyond the pale, but the dead, crushed and drown sailors are the final proof.

Congressmen tend to love war because the lobbyists were smart enough to get the big contractors to use as many subcontractors in as many states as possible, so any attempts to kill a program, no matter how useless, would be fought tooth and nail back in the Congressional district to save jobs, even one.

It’s embarrassing as it reminds me of warlords all fighting over their share of the loot. But as long as we let them do it they will continue. Where are the Founding Fathers when you need them? … Jim W. Dean ]

In a room, somewhere deep inside the Pentagon generals and admirals met recently in order to prepare an assessment for the United States Senate Armed Services Committee. Present at the metering were General Mark Milley, the U.S. Army’s Chief of Staff, the Chief of Naval Operations Admiral John Richardson, the Commandant of the Marine Corps General Robert Neller, and U.S. Air Force Chief of Staff General David L. Goldfein.

At such a meeting there’s no doubt that Marine Corps General Joseph Dunford attended seeing he’s the Chairman of the Joint Chiefs of Staff. The agenda for this meeting was serious as a heart attack – America’s most brilliant and powerful military men gathered that day to discuss Armageddon.

The minutes of this fateful meeting are top secret. Only a handful of people will ever know what was discussed. But the end result of the strategy session was revealed on September 15, 2017 before the people of the United States. The top generals of the most powerful nation on Earth advised congress that America could in fact win an all-out war with Russia and China.

It must have been a scene right out of Director Stanley Kubrick’s classic Cold War film, Dr. Strangelove. I was not there, so I can only imagine the gathering of war hawks, the stoic expertise and military intellect, and the obtuse arrogance being conveyed across the congressional forum that day. The vision makes me wonder, “Who in the hell ordered such an assessment in the first place?” But I think we all know the answer.

“I concur with Gen. Milley. If we get into one of those conflicts, we’ll win, but it going to take a lot longer than we’d like and it’s going to cost a lot more in terms of dollars and in casualties.”

Marine General Neller parroted these opinions, only with a typical “Jar Head” obtuseness and psychosomatic bravado proclaiming America’s current force array is “effective” against counterinsurgent forces around the world. I am assuming the General means the Taliban now resurgent in Afghanistan, Al-Qaeda that’s being supported in Syria, and the ultimate enemy ISIL, which Russia has all but destroyed on the ground.

I’ll not get into the Marine mentality, they are my shipmates after all. As for the Air Force’s General David L. Goldfein, the former combat pilot’s assessment showed that flying an airplane does not qualify one to be a military bean counter. General Goldfein also concurred with the others but in an overcomplicated way, as if he were the accountant of the group. In short, the man shot down over Serbia when America destroyed Yugoslavia earned his pay September 15th by stating the plainly obvious – World War III is a high-risk endeavor. No shit General.

My fellow Earthlings, it’s abundantly clear that the United States military industrial complex now runs America. The meeting before the U.S. Senate was simply a formality. A psycho-thriller being played out before an audience asleep in the back row of the theater.

With Russia’s Vladimir Putin pleading with every breath for discourse and sanity, and after Russia’s military machine has been forced into high alert, America’s top Generals have been put in charge. Let me cite the Army’s General Milley on his plea for more money and weapons in order to abate the “dire consequences” of this Armageddon:

“The butcher’s bill is paid in the blood of American soldiers for unready forces. We have a long history of that— Kasserine Pass, Guadalcanal, Okinawa, Tarawa, Task Force Smith in the Korean War. It goes all the way back to Bull Run—Lincoln thought he was going to fight a war for 90 days. Wars are often thought to be short when they begin—they’re not. They’re often thought to cost less than they end up costing and they end up with outcomes and take turns you never know. It’s a dangerous thing.”

Let me make something abundantly clear here. The “generals” did not prepare their assessments for a waiting U.S. Senate committee, for those same senators work in collusion with the military and the industrial complex, everyone knows this. This dog and pony show was orchestrated for one audience only – the idiots who believe our system works like it should – the American people.

For those of you who believe this is all saber rattling, this Defense Intelligence Agency report shows us the military industrialists and the U.S. President are aware of the ultimate outcome. Part of the report addresses Vladimir Putin’s “preparedness” in the event of Armageddon to the extent he is getting ready just in case. The fact of the matter is that the deep underground bunkers America’s defense industry cites as “Putin’s Armageddon protection” were built during Soviet times.

Finally, if you read about the new role of the Chairman of the Joint Chiefs of Staff, General Joseph Dunford, then you’ll understand the takeover of American policy by the deep state is complete. While his colleagues were busy pandering the public for more guns, ships, and missiles, America’s top general was politicking in Asia with career bureaucrats like South Korea’s Moon, Chinese President Xi Jinping and Gen. Fang Fenghui, chief of the general staff of the Chinese People’s Liberation Army.

So, with North Korea, Russia, and Iran in the crosshairs of new US sanctions, the Trump administration takes aim with real killing weapons too. Generals as diplomats, and idiot U.N. Ambassador Nikki Haley as cheerleader for the ultimate game of war? The insanity is at “Biblical” on the reality meter today. Half the world is on the brink of starving, and most of the rest feels milked dry by the elitist order, so naturally World War III must come. All I have left to offer is this.

“I saw that publishing all over the world was deeply constrained by self-censorship, economics and political censorship, while the military-industrial complex was growing at a tremendous rate, and the amount of information that it was collecting about all of us vastly exceeded the public imagination.” – Julian Assange

Phil Butler, is a policy investigator and analyst, a political scientist and expert on Eastern Europe, exclusively for the online magazine “New Eastern Outlook”.
https://journal-neo.org/2017/09/15/the-day-of-the-generals-winning-armageddon/