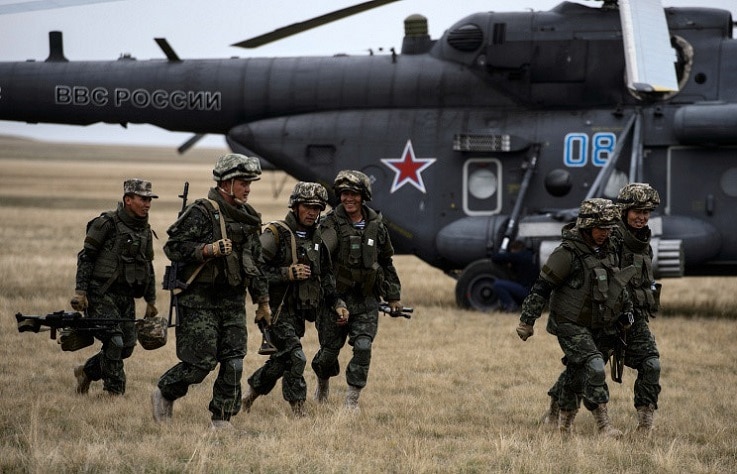 [ Note:  The West is beating the Russian threat to death, and the boomerang is in full motion with the ludicrous claims made for this years drills. In fact NATO has toned things down, after seeing that the public is on to the game.

But they cannot wash off the stain of lying to everybody about it. NATO and the US Pentagon are damaged goods on all future statements due to this and other cheap hustles.

Nothing they say will be taken as face value any more. That is the downside, the unwanted child that neither will own up to being the father.

That said, although it would be more convenient if people would believe the fairly takes, but it does not change the US deployments planned as Congress, with a 16% approval rating, approves them. Having an opinion, and then being able to do something about it, are two different animals.

That is the big hurdle we face, with no organizations to plug into that either aren’t already compromised, or would be if they took on the DeepState crowd. But we can rub in there face that we know what they did, ad will never be respected for it, uniform or no uniform. They made the bed, so now they have to lie in it… JD ] 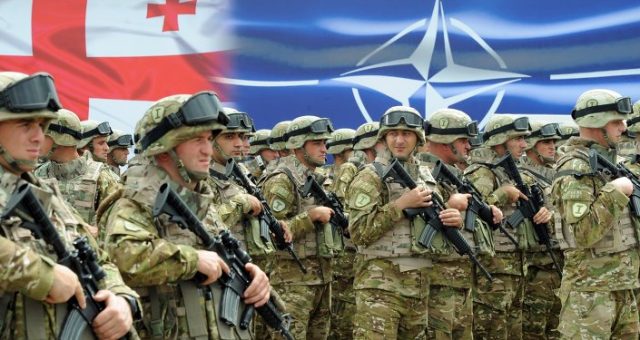 The dishonesty and lunacy of the West was on front row display in the run up to the Zapad war game exercises in Belarus this year. The same old worn out, fake claims were trotted out that these periodic exercises were evidence of a pending Russian threat to move on NATO forces in the Baltics and Poland.

This is a bit more than criminal bad manners by those pushing this hyped threat in the West. It is an attack on the Western public to scare it into supporting real NATO threat moves against Russia as defensive ones.

Unfortunately I must say that way too many of the public have been willing dupes in the charade, which is trotted out every time these games are held; and the public swallows it every time, no matter how shrill the claims of Red hordes descending on Europe are exaggerated. I am embarrassed to even have to write this, but it is what it is.

This year the top lying prize goes to Germany’s defense minister, who lazily threw out the 100,000 figure for how many Russian and Belarus troops were going to be involved. The real numbers are below 13,000, with 5500 coming from Russia; and the numbers were always readily available.

But Minister Ursula von der Leyen lied to Germany’s citizens and to the world, claiming the war games with 100,000 troops on NATO’s border were a “demonstration of the capabilities and power of the Russians”.

The troop numbers and equipment scale shows just another large unit training exercise for two different commands, just like NATO claims it is doing, but at a far larger scale than it has in the past.

Every professional officer knows that with Russia facing a 10 to 1 superiority with NATO and US defense spending, that it has to spend every defense ruble on defense. It simply can’t afford an offensive military, other than its nuclear deterrent.

The German Minister should have been fired for embarrassing Germany with her flagrant falsehood. And Western fake media should be condemned, as its experts are intimately aware of the fake Russian threat game. This is the same Germany, the richest EU country, that is always below the targeted 2% of its budget for NATO spending, and that puffs up a non-existent Russian threat, despite Russian being a country Germany always had a positive balance of trade with, and has been a dependable energy supplier for a long time.

Defense industries have always been big political contributors in the West, and I am sad to say, one of the ways they expect to be paid back is with uber co-operation with hyping threats on the clueless public so it will support increased defense expenditures as a proof of its patriotism. This is even more embarrassing when we live in an internet age where these hyped claims can be debunked in ten minutes by anyone with basic search skills.

I will now move on to the professional community’s sordid role in all of this. I’ll start with how widely known it is that many foreign observers are routinely invited to such military exercises as a matter of protocol. And this does not include all certified spooks that routinely hang out at these events.

The biggest clown of all on the fake Russian threat was US Air Force General Breedlove, the NATO commander when the Ukraine coup and Donbass war was cranking up.

He used the Russian summer exercises in the SW region to claim that Russia was massing an invasion army on Ukraine’s border, preparing to roll over the country in a week. At first we thought that it was a hacked report or a joke. But he really made the claim.

His big mistake was that numerous foreign observers had already been on the ground along the Ukrainian border; and the professionals quickly reported that they saw none of the massive stockpiling and forward base preparation needed to support a major invasion. The Russian deployments were consistent with normal war games logistics.

Russia did not invade Ukraine. But Russian volunteers did magically appear at key moments in the Donbass fighting to prevent the Ukrainian Neo-Nazis from following through with their plan to ethnically cleanse Ukraine of all Russians.

That was something openly called for from the podium in the Rada, and that the General Breedlove Russophobes in the West had no problem with. Breedlove never apologized, nor was he censured for his patently false imminent invasion claim, despite its being widely debunked as such.

We had news this week that the US has run an extensive covert Soviet weapons acquisition program, buying up untraceable weapons with long shelf lives, like the AK-47s, and feeding them into instability campaigns and insurgent groups of its choice, all illegal under a list of international and US laws.

Veterans Today tracked the rat lines for this trade several years ago, and the large Ukraine stockpiles were a major source. They were shipped out of Odessa, first over to Poti in Georgia, and put on planes, like to Saudi Arabia, transferred to new ships, or trucked all the way down into Turkey, which was the big clearing house for all kinds of war time contraband for both the Syrian and Iraqi wars.

We watched in complete surprise as the Russians intervened in Syria and started fighting a real anti-terror war that the US never would. Veterans Today was in Damascus a month before the Russians came in, giving and getting briefings at a time when the smart money was betting that Assad would be flying out of the country within a few months.

At the end of the day, the US Coalition proxy wars did not turn out as planned, with ISIS now counting its days of fighting in military formations with heavy weapons, while being able to live off a hostage population.

Bitter as its being denied taking Russia’s Crimea naval bases as a gift of the Ukraine coup, the US and EU have refused recognition of the most lopsided democratic victory in modern times, with Crimea’s large Russian population voting to reunite with Russia, versus being ethnically cleansed by the Right Sector thugs. Imagine that.

Rather than seeing evidence of any aggressive Russian threat, we have seen exactly the opposite – a brilliantly and economically executed anti-terror war with a complimentary, parallel diplomatic effort to split the “opposition” off from the designated terror groups.

With 20/20 hindsight, we can see that the US undermined the previous ceasefires to keep the war of attrition going, to the point where Russia, Syria, and Iran went their separate ways to take Aleppo, while constantly being accused of war crimes against civilians there, all proved to have been false after the city was liberated.

Just today, we had the Astana announcement of the big Idlib province de-confliction agreement being signed, with no US involvement to screw it up. Turkey will be the spoiler if it fails, because it will still control the borders where combat supplies can flow. With 25,000 troops there, it will be able to do what it wants.

Who pays for war crimes?

It is the duty of all of us who watched these nightmares unfold, to see that the truth of what really happened is the final story. This must include how fake threats were used as diversions, while state-sponsored terror was being carried out against innocent civilians primarily for Deep State greed interests.

As Gordon Duff has already called for, we need a Nuremberg-style review of what really happened, and those guilty appropriately punished, or they will just move on to the next target of mayhem, as we are already seeing in Myanmar, and with the Kurdish referendum that could trigger a civil war quicker than many believe.

The 40,000-strong Iraqi assault  force for Hawijah has been held back for a possible re-tasking for the ticking time bomb in Kirkuk, if the Peshmerga uses military force against the referendum’s opponents. I fear the torture of Iraq will then continue on into another bloody war, which the people of Iraq do not deserve, and never did.