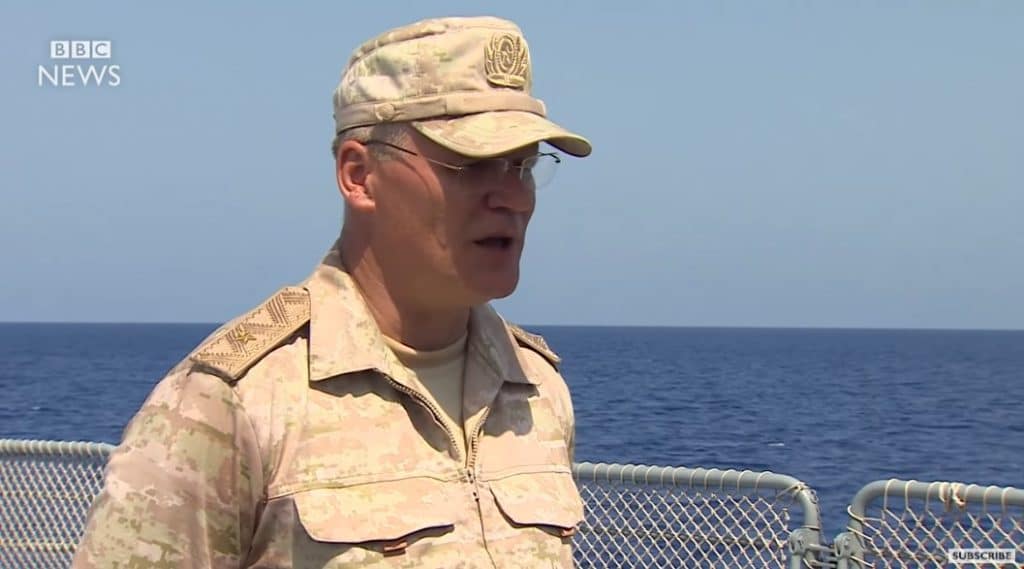 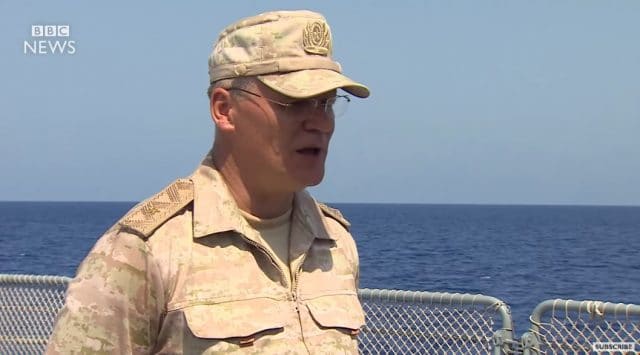 [ Editor’s Note: The Russians have “double downed” on the US claims of its SDF proxy forces, fighting outside of Kurdish territory, being bombed by Russian planes while they were in the company of their US advisers.

General Koneshenkov laid the hammer on them by revealing that Russia had not observed any combat between the SDF forces and ISIS in the last several days, and wondered how they managed to pass deeper into ISIS territory, human stealth fighters possibly.

Of course the good general was posing that some arrangement might be in the works between the US-SDF and ISIS to try to block the SAA from getting control of the east Deir Ezzor oil fields, a vital resource for Damascus.

When we know that the US has used proxy terrorists wherever it has desired to do so, anything is possible, especially when trying to salvage anything it can from its plan to Balkanize Syria. The Kurds are now its main proxy for accomplishing that, and to provide permanent US basing inside Syria.

The same is in play inside Iraq with the Kurdish referendum move, with Israel on point for the US.  With independence the Kurds would keep all of their oil revenue so the US and Israel could sell it a lot of arms, and Iraq would not have those funds to rebuild the country.  That is the real US game on how to win friends and influence people ... Jim W. Dean ] 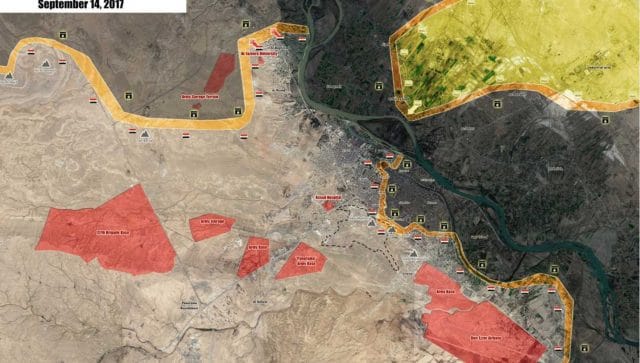 The Russian military have not observed any fighting between ISIS and the US-backed Syrian Democratic Forces (SDF) in the northern countryside of Deir Ezzor city over the past few days, Russian Defense Ministry spokesman Major-General Igor Konashenkov said commenting on the US-led coalition’s allegations that Russian forces struck SDF units fighting against ISIS on September 16.

“Over the past few days, on the eastern bank of the Euphrates, Russian control and reconnaissance facilities have not identified a single combat of Islamic State terrorists with armed representatives of any ‘third force.’ Therefore, only representatives of the international coalition can answer the question as to how ‘opposition members’ or ‘military advisers of the international coalition’ managed to get to the IS-held areas in the eastern part of Deir ez-Zor [Deir Ezzor] without striking a blow,” Major-General Konashenkov said in a statement on September 17.

According to the general, Russian forces attack only positiosn of ISIS terrorists and the US has been notified about the ongoing anti-ISIS operation in advance. He added that Russian forces target ISIS on the both banks of the Euphrates River.

“To avoid unnecessary escalation, the command of the Russian forces in Syria gave the US partners an advance notice, through an existing communications channel, on the borders within which the military operation in Deir Ez-Zor [Deir Ezzor] would be conducted,” Konashenkov said. “Within the framework of this operation, the fighters, armored vehicles, and objects of terrorists are being destroyed on both western and eastern banks of the Euphrates.“

He emphasized that firing positions used by ISIS to conduct attacks against government forces in Deir Ezzor are priority targets for Russian forces.

In early September, the Strian Arab Army (SAA) and other pro-government factions, supported by Russia and Iran, broke the ISIS siege on Deir Ezzor city and started a large-scale operation to clear the Deir Ezzor countryside from terrorists.

The SDF and the US-led coalition used this to launch own operation against ISIS and seized a notable area north of Deir Ezzor, on the eastern bank of the Euphrates.

During this operation, SDF representatives and pro-SDF sources have repeatedly claimed that they will not allow the SAA to cross the river. On September 16, the SDF and the coalition claimed that Russian forces struck a position near SDF units embedded with coalition troops injuring few SDF members.

While the all involved sides have own version of the event, it’s clear that a key goal of the US-backed operation north of Deir Ezzor is to limit the SAA influence on the eastern bank of the Euphrates and the battle against ISIS is only a pretext for this.

If we look at the situation in this light, it’s easy to suppose that the airstrikes allegations could be just a part of the wide-scale media campaign to cover the real goal of the coalition’s operation.