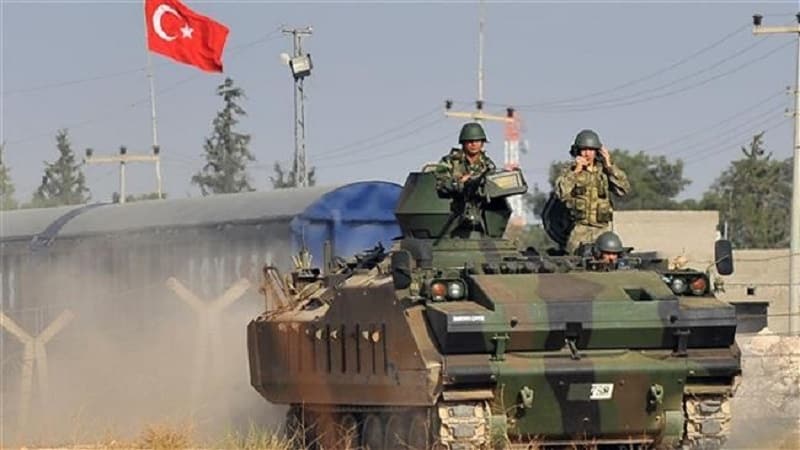 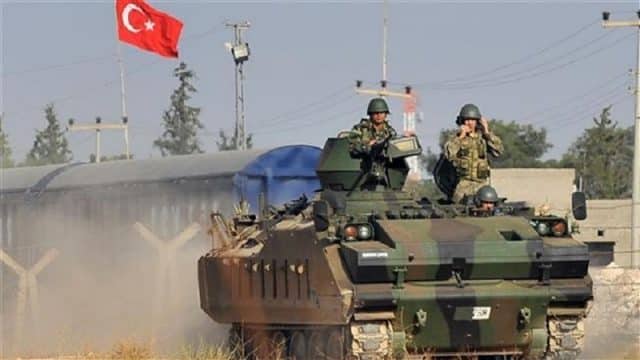 [ Editor’s Note: Turkey has armored forces deployed north of Idlib province on the Syrian border, and on the Iraqi border, also. Both are invasion forces but there has been little press on the infantry and air cover that would be needed for them.  Recent air strikes have been made against the PKK in SE Turkey.  Similar forces are on the NE border of Syria where the Kurdish SDF has been active.   If a shooting war begins in Iraq, which could easily happen with both parties on high military alert and where things can happen accidentally, could it become a regional conflict as the Turkish Defense Minister says? So far, the few shooting incidents in Kirkuk have been limited to excited young people and neither side has over reacted.

Dear readers. This babe ad above magically inserted itself, with no visible code. We will be looking into how that happened…JD

If Turkey were to intervene in Syria, would the Turkish Kurds begin attacks to pin down forces there, and then have to endure the retribution treatment that the Turkish Army has shown it can do?

I don’t see the global conflict that Defense Minister Nurettin Canikli does, but that he is being this alarmist shows he wants world attention on the situation now. But with only Israel claiming to support an independent Kurdistan, who would be involved in such a “world conflict” over a Kurdish referendum? Turkey could have cut off Kurdish access to its oil export pipeline, which would be a huge financial blow to Iraqi Kurdistan, but Turkey has not done so. What would it be waiting for?

Let us hope that wiser heads prevail and this referendum is just a bluff by the Kurds to get a bigger share of their oil wealth. But once the deal is renegotiated , how long would be be for another demand to follow when the last one was in 2014? ... Jim W. Dean ]

Turkish Defense Minister Nurettin Canikli has reiterated Ankara’s opposition to a planned Kurdish independence referendum in northern Iraq, warning that disintegration of Iraq will lead to a global conflict.

During a Tuesday speech in Ankara, Canikli described the planned referendum as a major risk for his country and underlined Turkey’s determination to take “every step” to thwart any similar measure in its southeast Kurdish areas.

The Iraqi Kurds plan to hold the plebiscite on September 25 in three provinces that make up their region, as well as in disputed areas that are controlled by Kurdish forces but claimed by Baghdad, including the oil-rich Kirkuk Province.

Canikli’s remarks come a day after Turkey launched a military exercise without warning across its southern border with Iraq which is scheduled to last until September 26, a day after the planned referendum.

Turkey, which has the largest Kurdish population, has robust economic ties to Iraq’s Kurdish Regional Government (KRG). The standoff has weakened the Turkish lira beyond 3.5 to the dollar for the first time in four weeks.

The Turkish cabinet and Turkish national security council have scheduled meetings on Friday to consider possible action. Baghdad has slammed the upcoming vote as unconstitutional, calling on the Kurdish leadership to drop the plan.

On Monday, Iraq’s top court temporarily suspended the Kurdish independence referendum, saying it “issued a national order to suspend the referendum procedures … until the resolution of the cases regarding the constitutionality of said decision.” Iraqi Prime Minister Haider al-Abadi also formally asked the Kurdish officials to halt the process.

Last week, Iraqi Kurdish lawmakers approved holding the secession vote in the face of fierce opposition from the central government in Baghdad. The United Nations and the US as well as regional powers like Iran and Turkey have also expressed concerns about the planned referendum by the semi-autonomous KRG, arguing that it could create further instability in the already volatile region.

The president of Iraq’s Kurdistan region, Massoud Barzani, said once again late Monday that he would proceed with the referendum despite warnings at home and abroad.