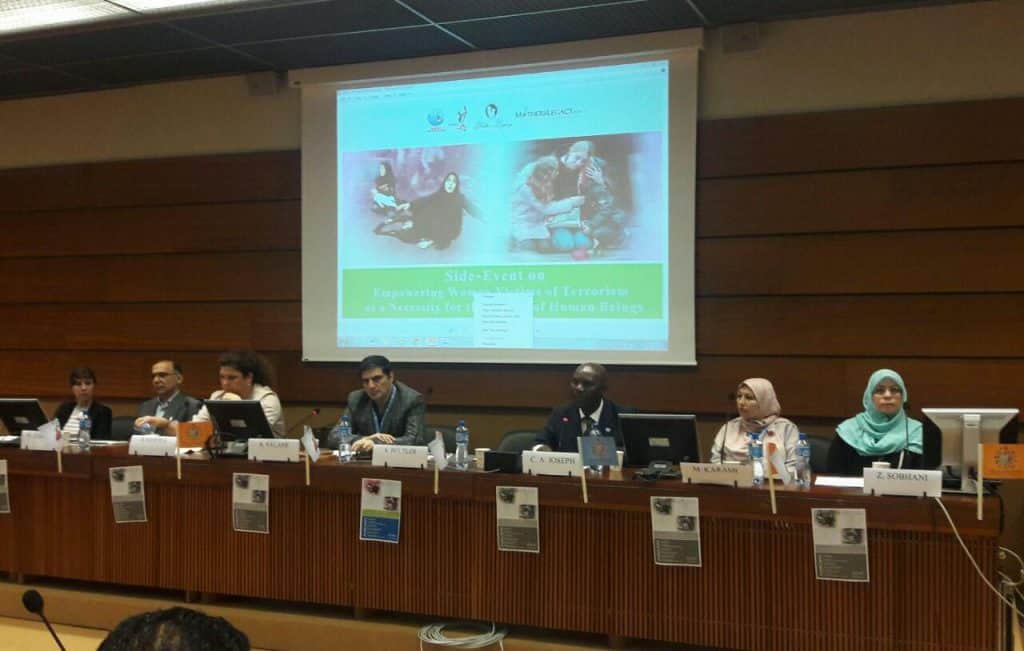 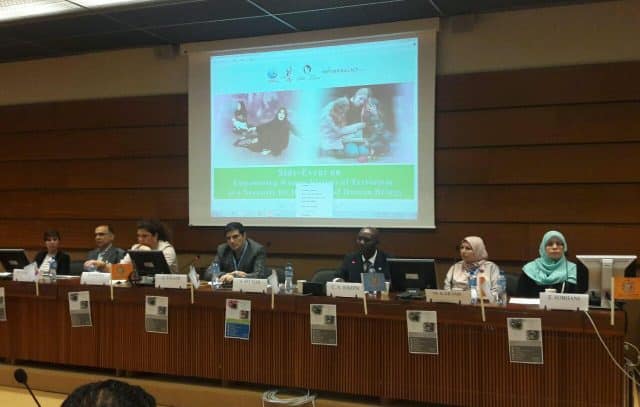 [ Editor’s Note: Gordon and I met Ali Salami in the heyday of Press TV when it was fighting its way back onto the airwaves when its satellite channels were being pulled down all over Europe as part of an Israeli instigated media censorship program. The Zionists did not want the world to here Iran’s responses to the many allegations that it suffered.

The main one, that it had a secret nuclear weapons program was totally debunked when after two decades of Tel Aviv claiming that the mullahs were only a year or two way from “the bomb”, when Israel never put a shred of evidence on the table to support it claims. We had a wonderful time fighting the international lie machine in the Viewpoints commentary section.

Dr. Salami ended up at Tehran University where he has stayed busy,  and also working with the UN with the victims of terrorism, a minority that grew leaps and bounds during the Syrian War. But for Iran its women have been suffering from the bombings of Western supported terror groups that were destabilizing Iran.

The Association for Defending Victims of Terrorism (ADVT), has over 17,000 members, over five 9-11s, yet in the West most people have never heard of this carnage. The majority, 12,000, were victims of the Western backed Kurdish MEK terror group, which American Congressmen still treats with respect and deference despite their bloody past. It is literally open support for a terror group, yet American media will not write a word about it.

We were happy to see Dr. Salami take a key role in supporting the UN’s effort to recognize the special needs of the female victims through these annual conferences. Gordon and I were happy to be video panelists for last year’s session, and as you will see below they had another great conference this year. You will find the link to our last year’s contribution and the end of the current article... Jim W. Dean ]

The Association for Defending Victims of Terrorism discussed avenues for empowering women victims of terrorism in a side event dubbed “Empowering Women Victims of Terrorism as a Necessity for the Future of Human Beings” at the 36th Session of the United Nations Human Rights Council in Geneva on September 18.

He stated, “Callous exploitation of women as sex slaves by terrorist groups such as Daesh or Boko Haram indicate that women and girls are more vulnerable to psychological and physical harm than men. If they are the most vulnerable to terrorism, then they should have their share of creating peace and security in the world.”

Another panelist Ruth Abril Stoffels, a professor of law at the Cardenal Herrera in Spain, said that terrorism is the use of violence for intimidating people with the express goal of achieving some political goals.

The victims of terrorism affected either directly or indirectly by terrorism are victims on an equal scale. In most parts of world where women are wounded or maimed in a terrorist attack, they have little chance to keep living in a normal way. Women are pillars of society because they take up different duties. Due to prevailing discriminatory policy, women are more prone to harm than men.

Zohreh Haghpanahi, a victim of terrorism who is 50% psychologically and physically disabled, delivered a testimony of her plight. She said, “When I was only 22 years old, I was passing through Imam Khomeini Square with my husband, a graduate in mechanical engineering from an American university. A bomb exploded and my husband and I were burned. My husband was burnt so badly that he died in the hospital. My body was sieved with shrapnel pieces from the explosion. It took me quite a while to recover from the burns.

Apart from the physical injury what really excruciated me day and night was the memory of the day of explosion which never left me alone even for a moment. I was denied sleep and only pills could help me sleep. Then I made up my mind to continue my studies and with the help of my present husband who was then a medical student, I took a job as a chemistry teacher in high school. In those days, there was scarcely any organization to give us assistance. Now there are NGOs which are tasked with assisting the victims of terrorism.”

Chongsi Ayeah Joseph, chairman of Human Rights Organization in Cameroon, talked about different aspects of terrorism in the world and the victimization of women in the process. 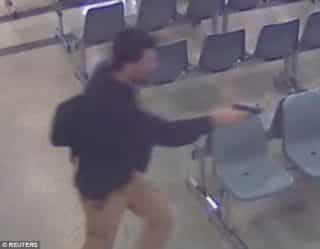 Mehdi Zakerian, a professor of international law at the Islamic Azad University, talked about the role of transitional justice, saying “Daesh has proven that terrorist groups can create inconceivable problems for human community. Women are the most vulnerable individuals to terrorism, women who have lost their loved ones in terrorist activities.

The women afflicted by terrorism should be empowered so that they can return to their normal lives. So I believe transitional justice can contribute largely to the empowerment of women. The goals that transitional justice seeks and the empowerment of women are interrelated and the two approaches are geared towards democracy, human rights and peace.”

Mansoureh Karami, the ADVT Vice-President said, “We have gathered together to discuss justice, equal human rights and peace. Truth is the counterpoint to denial and falsity and is in fact an alternative to it. To know about what happens and what has happened is one thing but it is not enough.

Knowing should be changed into awareness. Iran is a major victim of terrorism. Why should the US and the West delist Mujahedeen Khalq Organization which has assumed responsibility for the assassination of 12000 people in Iran from the terror list?

She added, “I for one have witnessed the assassination of my husband Masoud Alimohammady who was a physicist and a professor at the University of Tehran. Why should I suffer psychologically for years to come?  Women are the pillars of social life. So if women are afflicted with agony, the rest of society cannot find peace. In order to empower women, 1) they should be finically supported so that they can provide their children with better education: 2) they should be given proper psychological help; 3) in order to constrain terrorism, all countries should look at the issue from a non-political standpoint.” 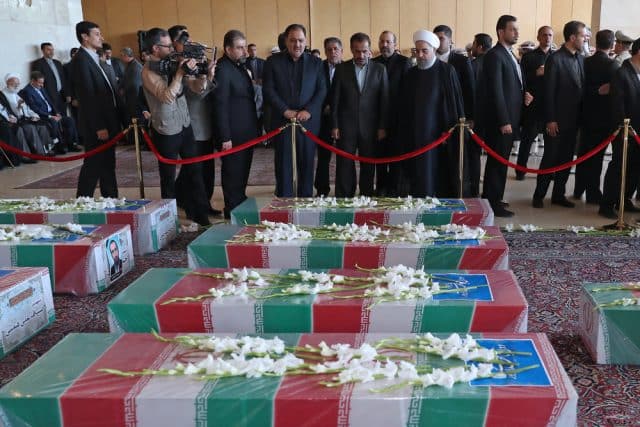 At all events, when a terrorist attack happens, women are the first to suffer the consequences. International law is still imperfect in the face of protecting women. The protection enshrined by the Geneva Convection is not enough in wars. Besides, terrorism is becoming more complicated. A more dynamic approach needs to be taken regarding the protection of women against terrorism. 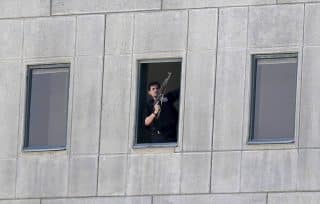 My mother was also severely wounded. Despite the fact that I had only one leg I decided to boost the morale of people around me. I studied at the university and I started to drive.

I engaged myself with dart throwing, swimming and track and track and many other sports and succeeded in winning medals in the country. I got married at the age of twenty seven and could never deliver a child.”

The session was concluded by a proposal read out by Zahra Sobhani, the president of association for defending victims of terrorism. Part of the proposal reads:

1- ADVT calls on all state representatives to make efforts for women empowerment in the form of increasing awareness and information and increase of their self-confidence in the decision-making process on counterterrorism and extremism programs and stabilizing in crises;

2- Calls on international communities to establish centers, institutions, circles and organizations dedicated to women victim of terrorism in order to bring together women affected by terrorist acts to retell experiences and attitudes to overcome their sufferings and woes that result from the loss of the loved ones as well as the creation of a circle for narrative patience, perseverance and obedience to terrorism and extremism;

3- calls for promoting “Empowering women affected by terrorist acts” in the form of psychotherapy, medical care, recovery of survivors, creating self-confidence, creating a sense of life expectancy, creating satisfaction for relaxation and psychological security after the incident,

4- calls for creating or strengthening comprehensive legal measures to protect women affected by terrorist acts in the form of the empowerment of this group of women impacted by violence, both at national and international levels;

5- calls for making plans for national and international ceremonies commemorating women affected by terrorist acts and provides new solutions to revitalize and strengthen self-confidence and increase their life expectancy.