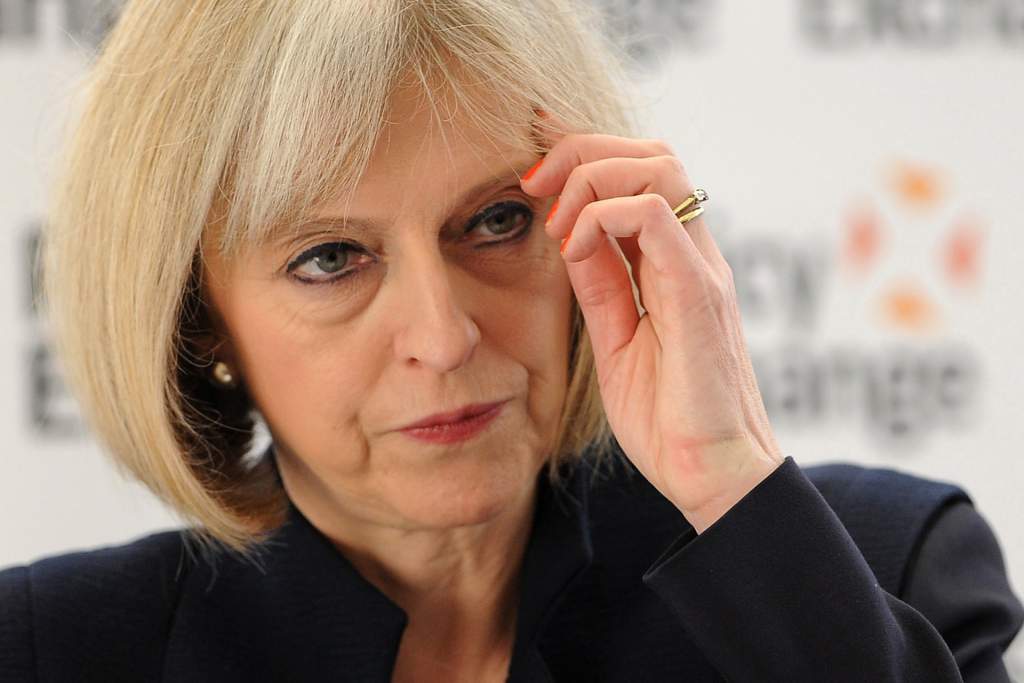 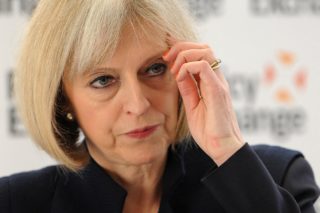 Thus spake Theresa May the other day as she welcomed members of the Jewish community to 10 Downing Street. But by focusing on creating a homeland for the Jewish people she‘s also celebrating the hell that Balfour’s Declaration created for the gentle Palestinians and for the rest of the region. “Born of that letter, the pen of Balfour, and of the efforts of so many people, is a remarkable country,” said May, apparently blind to the reality.

Right now we’re on the run-up to the centenary of what is arguably the biggest foreign policy blunder in British history: the Balfour Declaration. In 1917 Arthur Balfour, foreign secretary, bowed to Zionist demands for a homeland for the Jews in Palestine and gave an undertaking that set the world on course for long-term turmoil and, for the native Palestinians, unspeakable misery, dispossession and displacement. It was a criminal conspiracy. And Balfour was an A-list idiot who bragged that he wasn’t even going to counsult the local Arab population about this theft of their homes and lands.

Yet he remains a hero of the Conservative Party which, led by Theresa May, plans to celebrate this hundred-year “running sore” — as Lord Sydenham called it — in great style, inviting Israel’s prime minister Netanyahu to the festivities. That’s if the mad-dog warmonger isn’t under arrest by then on imminent charges of corruption back home.

“I will always do whatever it takes to keep our Jewish community safe,” May added. “Through our new definition of anti-Semitism we will call out anyone guilty of any language or behaviour that displays hatred towards Jews because they are Jews. We will actively encourage the use of this definition by the police, the legal profession, universities and other public bodies.”

She was referring to the International Holocaust Remembrance Alliance (IHRA) definition of anti-Semitism.

One of May’s Cabinet minsiters, Sajid Javid, told the World Jewish Congress that the UK would celebrate the upcoming anniversary with pride. “Someone said we should apologise for the Declaration, to say it was an error of judgment. Of course that’s not going to happen.” To apologise, he said, would be to apologise for the existence of Israel and to question its right to exist.

Instead, he emphasised the UK government’s intolerance towards any kind of boycott of Israel. “I’ll be 100 per cent clear. I do not support calls for a boycott, my party does not support calls for a boycott. For all its bluster, the BDS campaign is most notable I think, for its lack of success…. As long as I’m in government, as long as I’m in politics, I will do everything in my power to fight back against those who seek to undermine Israel.” The UK, he said, has maintained close diplomatic, trade and security ties with Israel since its inception, and is counted upon by Israel to vote in its favour at the UN and other international institutions.

As Noam Chomsky has aptly observed: “People who call themselves supporters of Israel are actually supporters of its moral degeneration and ultimate destruction.”

Israel lobby stooges like May and Javid continue trying to ram their pro-Zionist nonsense down out throats despite the fact that last time they attacked the successful BDS (boycott, divestment and sanctions) movement, warning that her government would “have no truck with those who subscribe to it”, they came spectacularly unstuck. 200 legal scholars and practising lawyers from all over Europe put May in her place by pointing out that BDS is a lawful exercise of freedom of expression and outlawing it undermines a basic human right protected by international convention. Her efforts to repress it amounted to support for Israel’s violations of international law and failure to honour the solemn pledge by States to ‘strictly respect the aims and principles of the Charter of the United Nations’.

May needs a crash course in human rights

Top legal experts were recently asked for their views by Free Speech on Israel, Independent Jewish Voices, Jews for Justice for Palestinians and the Palestine Solidarity Campaign. Their verdict was that those in public life cannot behave in a manner inconsistent with the European Convention on Human Rights, which provides for freedom of expression and applies not only to information or ideas that are favourably received or regarded as inoffensive, but also to those that “offend, shock or disturb the State or any sector of the population”.

What’s more, there is an obligation to allow all concerned in public debate “to express their opinions and ideas without fear, even if these opinions and ideas are contrary to those defended by the official authorities or by a large part of public opinion, or even if those opinions and ideas are irritating or offensive to the public”. Article 10 says that everyone has the right to freedom of expression including “freedom to hold opinions and to receive and impart information and ideas without interference by public authority and regardless of frontiers.” Article 19 of the Universal Declaration of Human Rights says the same sort of thing, subject of course to the usual limitations required by law and respect for the rights of others.

Eminent human rights lawyer Hugh Tomlinson QC has sharply criticised the anti-Semitism definition touted by May. Firstly, it isn’t a legally binding definition so doesn’t have the force of a statutory one. And it cannot be considered a legal definition as it lacks clarity. Therefore any conduct contrary to the IHRA definition couldn’t necessarily be ruled illegal.

He says it was “most unsatisfactory for the Government to adopt a definition which lacks clarity and comprehensiveness” and suggests the Government’s decision to adopt the IHRA definition was simply a freestanding statement of policy — a mere suggestion as to a definition of anti-Semitism that public bodies might wish to use. But no public body was under an obligation to adopt or use it, or should be criticised for refusing to. He warned that if a public authority did decide to adopt the definition then it must interpret it in a way that’s consistent with the European Convention on Human Rights mentioned above.

According to Tomlinson, then, the IHRA definition doesn‘t mean that calling Israel an apartheid state that practises settler colonialism, or urging BDS against Israel, can properly be characterized as anti-Semitic. Furthermore, a public authority seeking to apply the IHRA definition in order to prohibit or punish such activities “would be acting unlawfully.”

Retired Lord Justice of Appeal, Sir Stephen Sedley, has weighed in by criticising the IHRA definition for lack of legal force. “It is not neutral: it may well influence policy both domestically and internationally.” He added that the right of free expression, now part of our domestic law by virtue of the Human Rights Act, “places both negative and positive obligations on the state which may be put at risk if the IHRA definition is unthinkingly followed”. Moreover the 1986 Education Act established an individual right of free expression in all higher education institutions “which cannot be cut back by governmental policies”.

Sedley felt the IHRA definition was open to manipulation. “What is needed now is a principled retreat on the part of government from a stance which it has naively adopted.”

As for Javid’s crack about not having to apologise for Israel’s existence, he must have forgotten that in the wake of the 1947 UN Partition Plan, which granted the Jews territory within defined borders, they declared statehood in 1948 without borders, grabbing as much extra land as they could by armed terror and ethnic cleansing. The new state of Israel’s admission to the UN in 1949 was conditional upon honouring the UN Charter and implementing UN General Assembly Resolutions 181 and 194. It has failed to do so and to this day repeatedly violates provisions and principles of the Charter.

When the UK Conservative Government makes pronouncements on foreigh affairs it pays to consider that 80 percent of its MPS are claimed to be signed-up members of Friends of Israel and this is a stepping-stone to higher office. Conservative Friends of Israel, according to their website, are active at every level of the party.

It is sad that so many of our politicians are so spineless and so insecure that they feel the need to herd together under the flag of what the UN has called a racist state.