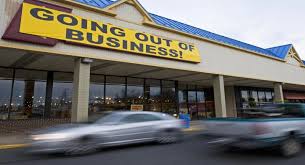 It was only a matter of time when retail prices would take a drastic climb upward to compensate for the recent demise of so many urban retail stores, some that have been successful for quite a long time.

The list of major retail stores closing is long and growing by the day. 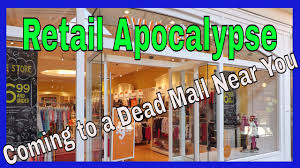 Yes, Amazon is now completing the process of destroying retail, a process started by Walmart.

To compensate for reduced consumer spending, retail stores have been raising prices. This is the most evident in fast food. Note how fast the price of a fast food hamburger has risen the last several months or how fast the food prices are rising in grocery stores.

This demise of retail is based on less and less disposable income by Americans to spend due to stagnant or falling incomes, rising taxes, and rising health-care costs.

Another cause if the growing number of college grads unable to find good paying job opportunities based on their degrees and the fact that so many graduate as debt-slaves with 80-100,000 USD debts for college loans. A large number of such grads (close to 40%) are not making payments and there is no way to discharge these debts because Bankruptcy isn’t allowed for these. In some cases going to work for the government or an approved job, after 5 years one can have a proportion discounted, but this isn’t viable for most since so few jobs are available. 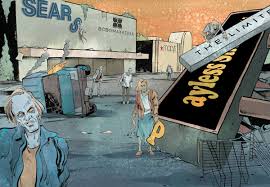 One can join the volunteer US Military or the National Guard in their state, but few read the “fine-print” of what they are agreeing too and they may be signing away their lives for many years.

These new recruits are never given true informed consent a and told they will become slaves/serfs of the military and perhaps used as Henry Kissinger described as “dumb cannon fodder”.

Actually these volunteers sign away almost all their rights, can be “stop-lossed” for many years and all the promised benefits may come to nothing if they as about 50% of Mideast vets get Post Traumatic Stress Disorder.

After Vietnam it was decided by high Pentagon officials that the draft stimulated too much attention by Soldier’s families in any major war effort. It was decided that creating a voluntary, mercenary army would alleviate much of the public’s concern.

Health-care in America has been infiltrated and hijacked and serves the elite Ruling Cabal and its Cutouts, not We The People.

Take health-care, the Affordable Health Care Act of Obama was actually written by the major “for profit” health insurance companies, most of whom have CEOs being paid salaries and benefits in excess of 100 million dollars a years.

Originally health-care insurers were non profit corporations. It is quite indecent for CEOs to profit off citizens’ illnesses, not to mention that this had led to the gelding of Physicians, harm to the physician-patient relationship, and a near complete transfer of power from the physicians and patient to the large for profit health insurer.

So far President Trump has not done anything to resolve this great injustice. 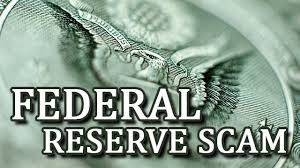 We know that the US Federal Budget is about 3.3 Trillion USD. We also know that the secret Black Budget of the various 37 Intel Agencies (16 are public, the rest unacknowledged, special access only) is at least 2 Trillion USD per year.

We know that about 1.3 Trillion USD comes from the CIA and Pentagon’s illegal Opium trafficking from Afghanistan which is killing more young Americans than any recent war.

The rest of the Black Budget income comes from other CIA bustout scams like Enron, and illegal narcotics and drug trafficking from joint partnerships with the Central and South American Cartels. These joint partnerships are shared with their operational partners that include the Mossad and the Nazi Fourth Reich (some call the DVD).

What is this unimaginable fortune of US Debt-notes being spent on? We now know for certain it is going to a large Secret Space War system including US DOD contractors manufacture of anti-gravity craft, the new Space fence (ionized atmosphere for tracking and destroying missiles and some UFOs); 147 Deep Underground US Military Bases (DUMBs) connected by high speed maglev railroads; advanced psychotronics and mind-kontrol; and the take-down of nation-states who go off the BT/RKM/COL Reservation.

The actual root cause of the Retail Apocalypse.

Astute researcher experts tell us the root cause is the Federal Reserve System (FRS), a private franchisee of the City of London Rothschild Khazarian Mafia Banksters. This FRS system in America was incorporated in Delaware in 1914 and the IRS was incorporated in Puerto Rico soon after. 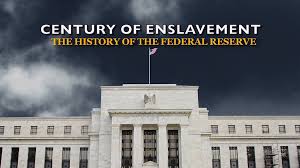 The FRS system started out using gold and silver back money, but in 1971 removed that and their money became strictly FIAT, required by US Law to be accepted as “legal tender” for all public and private debts but has no backing explain the “full faith and credit of the USG”.

The FRS is the biggest Ponzi Scheme and financial fraud ever perpetrated in history. The FRS prints and issues US Dollars in any amount it wants and “lend” them to Americans at pernicious usury which is paid out of federal tax receipts. Some experts have suggested that up to 40% of federal tax collections are paid each years to the FRS as interest on this phony national debt which is growing by the day.

The FRS  has been spreading incredibly large amounts of USD “Debt-notes” all over the world and China and Russia and the other BRICS nation Banking members have had enough and are not working to dump the US Petro Dollar as the world reserve currency. Saudi Arabia and other Mideast Oil producers are now secretly accepting other type of money such as the Chinese Renminbi (Ruan) for oil sales to China.

The FRS has a secret very illegal and evil agreement and arrangement with Congress and the Administration.

It’s called the “Elastic Checkbook” endless credit line. The FRS borrows the US Congress all the money it needs (creating it out of thin air) but charges accruing and pernicious interest to the American taxpayer for using what should have been their own money in the first place.

So Congress never balances its budget but keeps overspending foolishly and increasing this phony, illegal, unconstitutional debt more and more over time.

So now we have a phony claim US National Debt assigned to US taxpayers of Trillion so dollars that can never be paid back nor should it. It should be immediate declared null and void, a major RICO crime. All FRS assets and building should be immediate seized and transferred into the US Treasury.

Money paid to the FRS as interest should be clawed back to 1914 wherever it is, placed in the US Treasury and proportion out evenly to all American taxpayers as a one time stipend.

How much better would the average American worker live if he/she immediately paid 40% less federal tax to the USG?

The FRS is unconstitutional, illegal and uses its self-created “money power” to advance the NWO Agenda of the Globalists who are best referred to as the Rothschild Khazarian Mafia (RKM).

Bottom line is that the FRS hijacked our American money creation and distribution system in 1913 when the RKM City of London folks bribed members of the US Congress and the President and gained passage of the Federal Reserve Act in 1913.

Since then it has been able to create all the “money” it needed to buy, bribe, blackmail and human compromise almost every elected and appointed DC official, including almost every single member of Congress. If all that fails then the solution becomes marginalizing the individual, targeting them with psychotronic harassment or in some cases using cutouts to arrange for their murder.

Doubt this then consider the fact that almost every single member of Congress has signed the AIPAC Loyalty Oath to place Israel first even before the USA in order to gain large campaign funding and to be able to be re-elected.

Representative Cynthia McKinney refused and was redistricted out of office as punishment for not signing. She is a great American Hero and the only one to ever dare reveal this sad reality publicly.

The only clear solution to this recent Retail Apocalypse Debt-Bomb that has detonated or any of the rest that will soon detonate like the end of the US Petro Dollar as the World’s Reserve Currency is to cancel the FRS, seize all assets and place them in the US Treasury where they should have remained in the first place and un elect almost every single Member of the US Congress who signed AIPAC’s Loyalty Oath to Israel.

After all, the Israel Likudists deployed the Mossad to run the attack on America on 9-11-01 and therefore declared themselves to be a secret enemy of America just like they did by attacking the USS Liberty ship in an attempt to draw America into a war with Egypt as part of their Greater Israel project.

And we know for certain that the RKM set up Israel as their private nation-state sanctuary and action-agent right after WW2. And the RKM hijacked America in 1913 with the passage of the FRS Act. It is now time for the whole world to expose the RKM as public enemy #1 of all mankind and society itself and declare full scale war against it on every level.