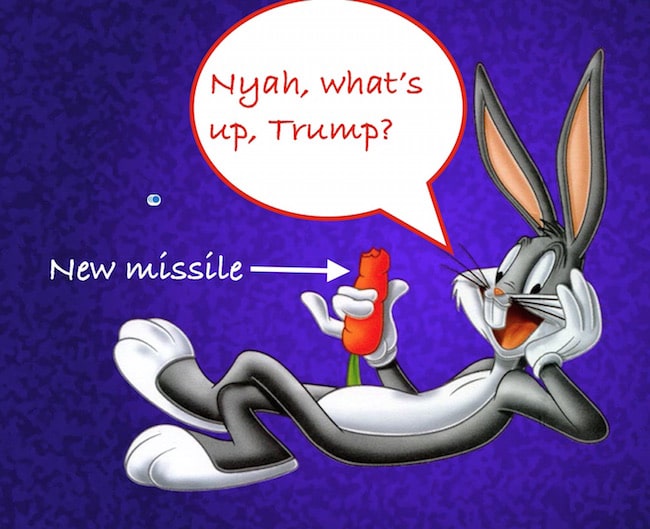 The only person who has ever made a fool of himself at the UN the way Trump just did is Benjamin “Wile E. Coyote” Netanyahu. Remember that cartoon bomb? 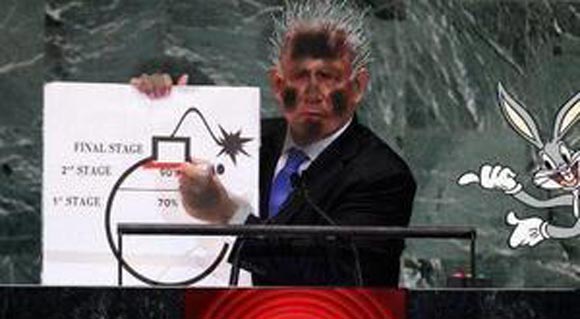 Donald “We Will Totally Destroy You” Trump just bombed even bigger-time than Bibi. Maybe that was why Bibi was gleefully chortling and smirking during Trump’s speech: The Israeli PM will no longer have to go down in history and/or the Guinness Book of World Records as the most hilariously idiotic speaker ever to disgrace the UN podium.

Is Trump going to “totally destroy” North Korea with a cartoon bomb like Bibi’s? The people of South Korea and Japan, not to mention China and Russia, are not amused; they’re all thinking Trump is Loonie Tunes. The only question is whether Kim Jong Un is Bugs Bunny or the Roadrunner. 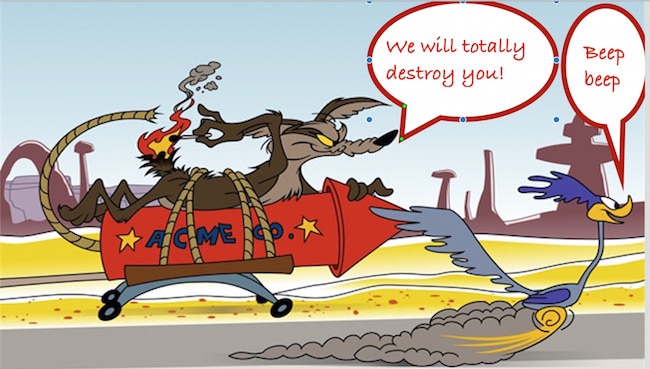