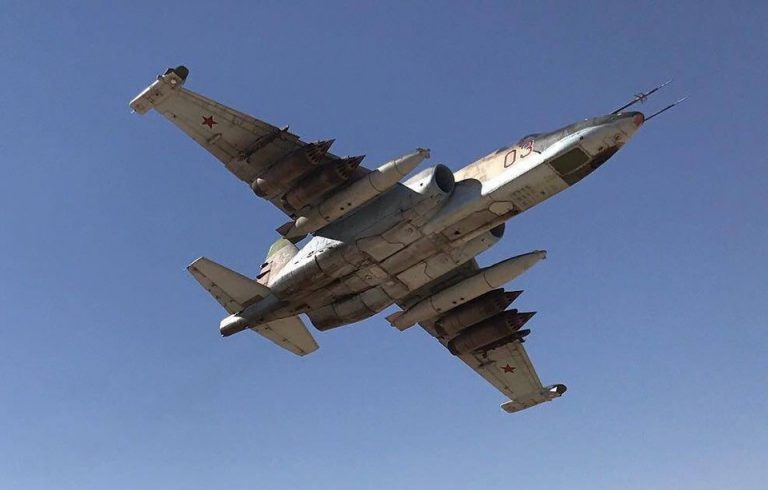 [ Editor’s Note:  This is game on now.  Not bolded or put into quotes below is a critical term, where the Russian command refers to the SDF forces, who thought it would be cool to shell the Syrian or Russian positions, they have now been described as “militants” for their efforts.

Hello SDF, you just screwed up big time. Did you not hear what happened to HTS in their “big mistake” offensive in Hama yesterday? Did you not realize there was a message for you in there? If you were too stupid to see it then your American handlers should have pointed it out to you.

As for your commander who publicly state that the SDF was going to come 150 kms into Arab territory, into the middle of a very successful  Syria-Russian campaign against ISIS, and then tell them you were going take all of eastern Deir Ezzor, I would suggest that you go back to selling hashish instead of smoking it.

You are going to lose people now for no justifiable reason… but on the contrary, due to your poor leadership. I can only hope you reap the proper reward for that. You need to go back to your traditional land and not burn any bridges that you might find you need someday, after the Americans have gone home. Joining with ISIS to fight the SAA…was a really bad idea … Jim W. Dean ]

Konashenkov emphaseized that “any attempts of shelling from the areas where the militants of the Syrian Democratic Forces are based will be immediately curbed.” Russian forces will supress “firing points in these areas” using “all means of destruction”.

The general added that 85% of Deir Ezzor city is liberated and Syrian forces will fully liberate it in the coming week.

Since early September, the US-backed Syrian Democratic Forces (SDF) have repeatedly claimed on an official level that the SDF would not allow Syrian governent forces to cross the Euphrates River and is ready to fight Russians and Syrians if it was needed.

However, it seems that making statements and attacking assault forces assisted by the Russians are two very different things. Syrian government forces have already crossed the river and now are developing momentum against ISIS on its eastern bank.