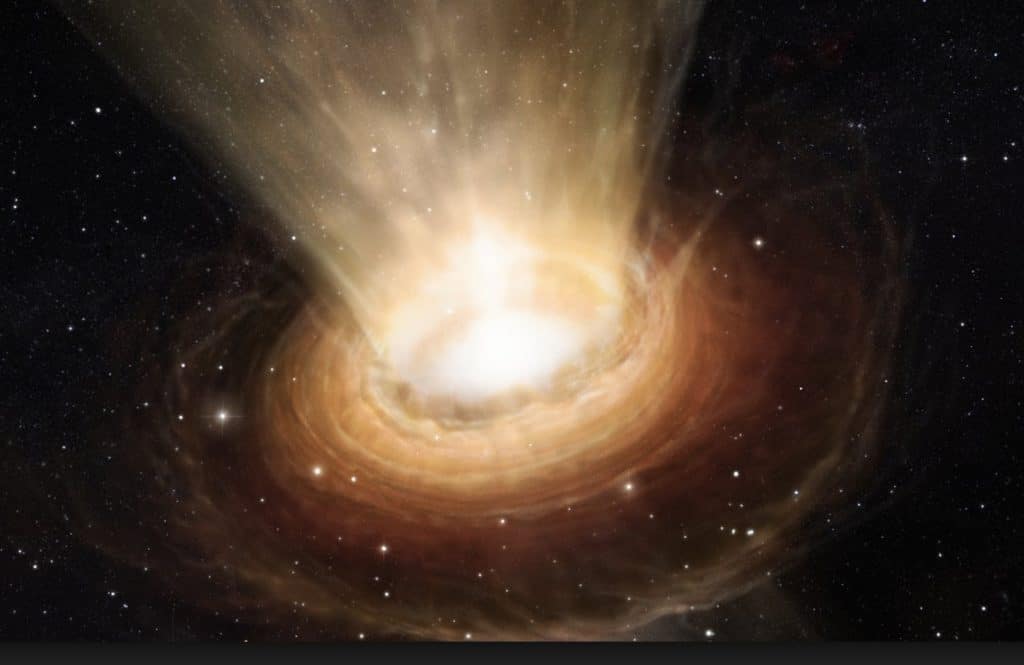 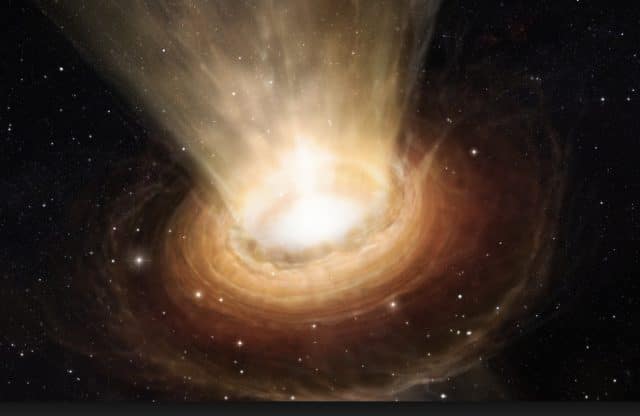 The universe is 13 billion and 18 crore years old. The universe came into existence as a result of a Big Bang, which gave birth to 350 big and 720 billion small galaxies. In every galaxy, there are billions of satellites and trillions of stars much bigger than the earth. The earth was shaped 5 billion years ago. The universe is still expanding and no one knows as to what extent this process of expansion will continue. We are ignorant of the length and breadth of the universe and the secrets hidden in it.

Despite phenomenal advancement made by the scientists in the field of science and technology, they have been able to gather information of 4% of the mysteries of the universe. Rest of the 96% universe is still in the realm of unknown and beyond human comprehension. The jurisdiction of unknown has been divided by the scientists into two parts. They know about the existence of 44% within the 96% of the universe, but have no knowledge as to what it is about. The remaining 52% is completely unknown and is called “Dark Matter”. The ‘Dark Matter’ of the universe is super energy. The ‘sun’ is a mere particle before this energy in this horizon.

In order to understand the comprehend the mysteries of the universe, we have to first understand its foundations as to how and why the Big Bang occurred and what happened immediately after it. To explore this reality, the human being has two courses open. One is to invent a time machine which can take us back to the ancient era 13 billion and 80 crore years ago when this bang took place and the contours of the universe began to shape up. This is practically not possible; hence ruled out. The other way is that scientists carryout a simulated Big Bang test in a lab and carryout evaluation of the entire process of creation of universe. This is also intricate but not impossible.

It was the second option which was executed by the scientists. A laboratory was built at Fahrney in Geneva jointly by Switzerland and France in Geneva in 1952 and named the lab as Saran. Since the scope of the project was too enormous for few hundred scientists of the two countries, 177 universities of 38 countries and 3000 physics professors gradually joined the project.

To start with, the scientists built a steel tunnel which is 100 meters deep and 27 km long. The tunnel was equipped with extra strong magnets one hundred thousand times stronger in gravity than normal magnets. In between the magnetic field, 21 meters high and 14000 tons heavy steel chamber was installed. It is twice the size of the steel structure of Eifel Tower (7300 tons). Part of this structure was built in Pakistan by Heavy Mechanical Complex Taxila. Pakistan flag was imprinted on it.

It took the scientists 40 years to complete the whole structure as well as carryout their research work. During this period, they kept themselves aloof of all kinds of religious and racial prejudices and animus and worked with full devotion and commitment irrespective of several wars which took place. They are carrying out experiments to make different elements collide with each other within the tunnel at one billion times greater speed than the speed of light (186000 miles per second), and then note the variations. These elements are billions of times smaller in size than an atom which cannot be seen by any microscope.

In 2013, the Saran scientists during their research discovered an element which provides energy to all other elements. This element has been named ‘God Particle’. Scientists Peter Bugs and Francois Anglert received Noble Peace awards for this discovery which is the biggest discovery to date.

The scientists think that out of all the mineral deposits in the world, 50% minerals are matter-less. It is known as ‘anti-matter’. This anti-matter after getting animated provide energy to the world, and in tenth of billions of a second get destroyed. A few months ago, Saran scientists were able to control this anti-matter for 17 minutes, which was no less than a miracle. If they succeed in harnessing anti-matter for a longer duration, then the needs of energy of the world can be met within few seconds. The world will then no more need electricity and petrol.

During their day and night research work, several other inventions came into being. Internet was invented at Saran. British scientists Tim Barnarzali invented internet worldwideweb (www) in 1989. This venture was undertaken to overcome difficulties of research work and communication of scientists at Saran but it helped in connecting the world. Citi scan and MRI were also devised at Saran. Currently, the scientists at Saran are working on a system which will restore the eyesight of the blind.

A super ultra sound system is being developed which will be thousand time more advanced than the existing ultra sound in use. Work on a laser is underway which will avoid all other tissues in the human body and will reach the infected tissue requiring treatment. One tiny chip will record all sounds of a city with full details. A system has been conceived which will store electricity of the whole country. Saran grid computer will collect data of the whole world, which will soon be available in the open market.

Saran is highly expensive and difficult project and it is being done by scientists for the last 65 years. In this lab, Pakistan and Pakistanis are respected. The reason is Dr. Abdus Salam whose theory played an important role in the Saran project. The experiment of colliding the particles was initiated by Dr. Salam. His rector on which he was awarded a Nobel Peace prize is still in existence.  The physics experts of the world believe that if Dr. Salam had not presented his theory and had not established his plant to prove his theory, Saran project could not have taken off and the process of understanding the universe might have been shelved.

The Saran project has dedicated one road in the name of Dr. Salam, which is next to Einstein Road, to acknowledge his services rendered to scientific research and to pay homage to him. Incongruously, Pakistan ignored the meritorious services of this great scientist and gave him a raw deal by denying him permission to build a scientific research work Trust and sacrificed him at the altar of the religion and refused to acknowledge him as a Pakistani.

Presently, 10,000 personnel including 3000 scientists are working at Saran. It is the world’s biggest science and research centre. No religion has been able to unveil the mystery of the Big Bang and the creation of universe. Hopefully one day Saran Centre might reach the realm of unknown and achieve a breakthrough. Unraveling of the secrets about the creation of the universe by Allah will help the human beings in understanding Nature.

Pakistan is a member of Saran and the government pays Rs. 22 Crore fee annually. The institution imparts free education to the students. Being a member, Pakistan must avail this facility to benefit our students. Our students can procure scholarships from FSC to PHD from Saran. Our scientists should also interact with this organization frequently to gain first-hand knowledge of ongoing scientific research projects and wherever feasible transfer requisite technology in the fields of science, medicine and agriculture since there is no restriction for member countries.