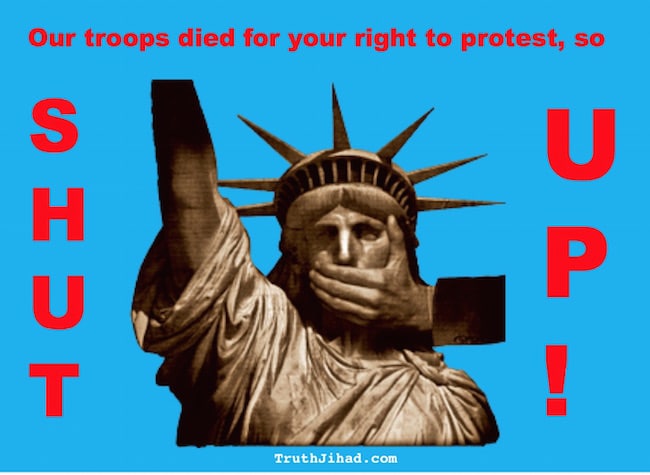 Our whole country – our whole world – is freaking out.

The narcissistic nutjob in the Oval Office tweets “total destruction” threats. Worse, he wants us to boycott the NFL and NBA.

How are we going to forget about impending nuclear holocaust if we can’t watch the NFL and NBA?

Seriously: We are supposed to give up football and basketball because a handful of the players occasionally protest something? Doesn’t a President who is Tweeting his way into World War III have anything better to worry about?

The root cause of all this madness is automation. Ordinary jobs for ordinary people are being taken over by computers and robots. The formerly working class survives on food stamps and opioids. Trump tells them to blame Muslims and Mexicans…and gets elected President.

I even lost my University of Wisconsin teaching job due to automation. I questioned the pre-fabricated version of 9/11 that was coming down the assembly line, rubber-stamped by mindless androids posing as university professors. By engaging in critical inquiry, I rendered myself obsolete. I was expelled from academia for thinking.

With mindlessness engulfing the known universe, I figured there was one job that would never become obsolete. I would become a social and political satirist!

Unfortunately, new breakthroughs in AI (Artificial Idiocy) may soon send satirists to the unemployment office. As even a cursory look at FaceBook and Twitter makes clear, the world is becoming increasingly self-satirizing.

Jim Dean says it best: You just can’t make this stuff up. What passes for reality today is far beyond the wildest imaginings of Swift, Orwell, even Philip K. Dick.

So I will keep right on reporting what’s going on in the world…and keep on wondering whether I am a journalist or a satirist, and whether there is any difference. Every week with Professor Tony Hall (suspended from academia for thinking) I will report on 30 or 40 news stories at False Flag Weekly News. Watch the latest version above, and drop by the youtube comments section to let us know what you think.