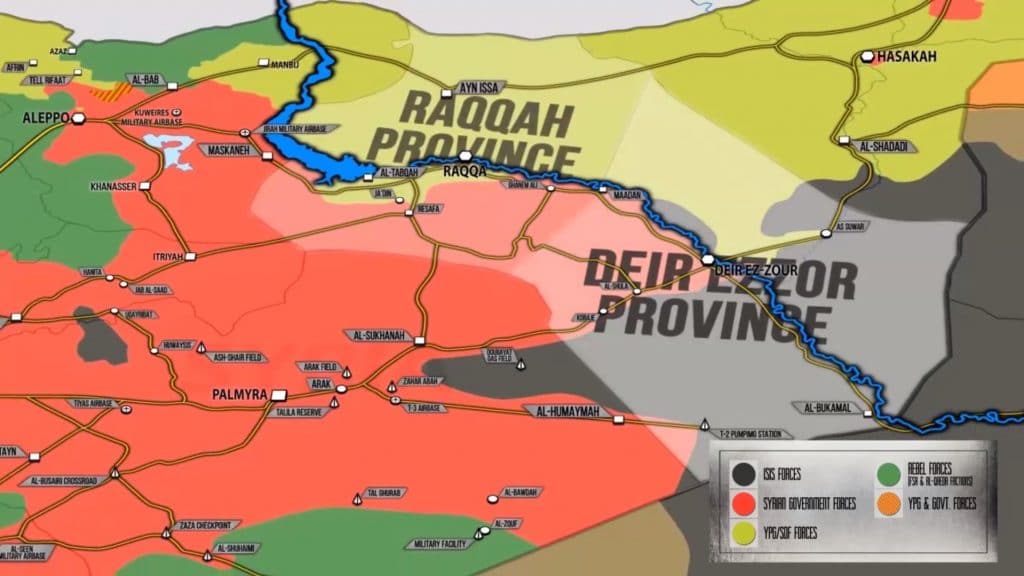 An ISIS shelling has killed Russia’s Lieutenant general Valery Asapov near Deir Ezzor city, the Russian Defense Ministry said on Sunday. The general died after sustaining a “fatal injury” in the shelling. The incident took place when Asapov was at a command outpost manned by Syrian troops, assisting commanders in the liberation of Deir Ezzor.

According to the Russian media, Asapov was a commander of Russian task forces in Deir Ezzor and Raqqah provinces.

At the same day, CNN announced citing a US official that US forces in Syria have increased surveillance of Russian troop locations. The report boosted the rumors that ISIS could receive a location of the Russian-Syrian command post from the US-led coalition.

The Russian Defense Ministry also released photos showing US Special Operations Forces deployed in stronghold in the ISIS-held area near Dier Ezzor with no screening patrols.

“The shots clearly show the US SOF units located at strongholds that had been equipped by the ISIS terrorists. Though there is no evidence of assault, struggle or any US-led coalition airstrikes to drive out the militants.

Despite that the US strongholds being located in the ISIS areas, no screening patrol has been organized at them. This suggests that the US troops feel safe in terrorist controlled regions,” the statement said.
Russia will likely react to the recent developments in Deir Ezzor with increased bombing campaign with possible usage of Kalibr cruise missiles against ISIS targets.

Last weekend, the Syrian Arab Army (SAA) and its allies made a large progress northwest of Deir Ezzor, retaking the key town of Maadan and the nearby areas from ISIS. At the same, time, government troops were not able to develop momentum on the east bank of the Euphrates because of a fierce ISIS resistance there.

In turn, the US-backed Syrian Democratic Forces (SDF) consolidated their gains over Ibsah and Taibah fields and pushed towards Jafra fields. The SDF also launched a storm of the al-Suwar town.